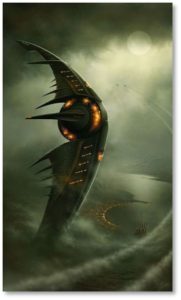 Here are the 10 science fiction movies in H1 2017 in chronological order of their actual release dates—which may differ from the dates that were published in January. Production budgets are estimated and rounded up. Movie links go to the movie’s IMDB page.

What this proves—once again—is that no A-List stars, no humongous special-effects budget, no Academy-Award-winning director, and no amount of fan support will make a film successful unless it’s also a good movie.

That means it must have a well-written screenplay, a good plot structure, dramatic tension that pulls in the viewer, and a denouement that makes sense. This applies to any movie but, in the science fiction world, the film also must have a sound basis in science.

Dr. Tyson, our astrophysicist friend says about “Guardians of the Galaxy Volume 2” that if you throw enough stuff at him he’ll forget about the science and just sit back and watch the space silliness at work. I may or may not agree.

But when you take me into space, I want the space to make sense. In space there’s no sound, no gravity, no fire, no heat, no oxygen, no friction, no up and no down. Those are the basics. 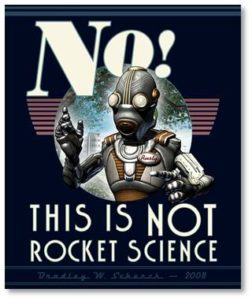 You don’t send human beings to colonize an unknown, unexplored, and uncertain planet without sending robots first. You don’t get from one planet to another in hours, days or weeks. You don’t poke at an alien life form when it’s hibernating or treat it like your pet gerbil when it wakes up really annoyed.

You don’t walk around an unexplored alien environment without a containment suit on. You don’t ever assume that you are smarter than another species because you’re bigger or more technologically advanced. You don’t ever stick your face in a giant leathery egg. Etc. Etc. Etc.

Fundamentals like that make a big difference because science fiction fans pay attention to them. They make the difference between a movie that will get good word of mouth support and one that will die a quick death.

You get the message. I only wish that Hollywood did.