Over the years I have come to believe that there are two kinds of people in the world: 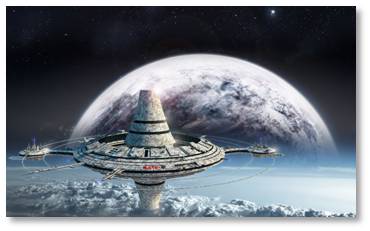 It’s an odd dichotomy and one that I have never completely understood. Why does one person fall into one group while a brother or sister, spouse or child belongs firmly and unequivocally to the other?

What is it about the unknown that frightens one person and fascinates the one next to him? How is it that Person One can be bored silly by the ordinary world while Person Two finds it complex and endlessly intriguing?

I think about this sometimes because (1) I have family members who fit into both groups, and (2) I read book group selections that reflect the group’s firmly mundane orientation.

Typically I enjoy the book group selection because it drives me to read a book that I would not normally have taken off the shelf but which I enjoy. Some I have liked a great deal and have gone on to read other works but the same author. But turnabout is usually not fair play. They have let me know through word and facial expression that they are not interested in reading anything that even remotely touches on science fiction or fantasy.  When it’s my turn to pick a book, I could select something outside their comfort zone but I don’t think many of them would actually read it. This is not surprising as it was also my experience in a previous book group.

I know people who in my family or my husband’s family fit into the mundane category. These are the folks with whom I talk about the latest science fiction book, the ones I can ask about the new TV show I haven’t caught up with yet, or whether they thought the prequel to the Alien movies was any good. (It wasn’t.) The best discussions come at the monthly meetings of the SpaceCrafts Writers’ Group for the simple reason that we’re all lovers of fantasy and science fiction. We read it, write it, and watch it. We still have different tastes, of course (I’ve never liked Dr. Who), but we don’t feel weird or strange for preferring one work to another.

Understanding who is in what group can be helpful. Two stories:

A Shared Language: One day I sat next to a new member of the company’s marketing team in the lunch room. We had met but I didn’t know much about him. Another person came in, set a container of leftover spaghetti on the table, and left to get a drink.

I looked at the spaghetti, which was a tad dry, and said, “It looks like gagh.” “Yes,” the new guy replied, “but it’s not fresh.” I knew immediately that we were going to get along just fine. (For mundane readers, gagh is a Klingon delicacy made from serpent worms and it’s best served fresh, while they’re still moving.)

An Interesting Conversation: Many years later I was working on a company conference at the Ritz Carlton Orlando. In the two hours between the last session and dinner, I hit the gym and watched Ancient Aliens on the History Channel while pounding away on the treadmill.

At dinner I found myself sitting next to two industry analysts who were tired and taciturn, short on small talk. I mentioned the program I had seen and they brightened up immediately. Both of these men, highly educated and heavily into the technology world, liked the show and to my surprise we talked theories, locations, and possibilities for the next 20 minutes. It was a more interesting conversation than I had expected.

Reading Widely in the Universe

I read a lot of different genres, from historical novels to murder mysteries but pretty much everything I write (except for this blog) fits firmly into the fantasy and science fiction camps. I have been a member of the Science Fiction and Fantasy Writers of America since 1989. Both of my novels that were published, the two that weren’t, and nearly 20 short stories are, in one way or another, not of this world. Some of the short stories even stray into the realm of horror—a genre I read only infrequently and with great care—because they deal with ghosts and spirits. 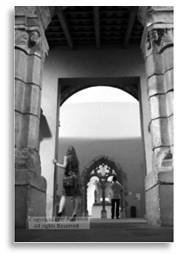 Two of my short stories are being published in the near future:

I’ll pass along more information when we get closer to the publication dates—along with links on how to find and order the books.

So why is it that some people have a firm, tight grip on reality while others can’t wait to slip the surly bonds of earth? Do some children outgrow fairy tales while others don’t? Are these mindsets determined by birth order, astrological sign, education, or genetic makeup? It has nothing to do with gender, body weight, nationality, religion (or lack of), or even soul age because I know both mundane and science fiction fans across that entire range.

In the world of Mundanes vs Fantastics, which are you? What makes one person look to the stars and wish that magic was real while another wouldn’t read Game of Thrones if you paid him?

2 thoughts on “Mundanes vs Fantastics: Which Are You?”