This is the third post in a series on the personal impact of gun violence. Here are links to Part 1 and Part 2.

I woke up on a cold sunny morning at the end of January in 1993 after a night of tumultuous and chaotic dreams. The previous week I had been away on business at a reseller conference in Arizona. On this bright, beautiful day I had simple goals: spend time with my family, go to the library, make soup, bake cookies, sit by a sunny window and read. Seth and I had tickets for the theater that evening to celebrate my upcoming birthday.

I had just gotten out of the shower when the phone rang. Our daughter answered it and she knocked on the door a moment later.

To start with, I found it odd that my mother in law was calling at all. She lived with her younger son, George, who took care of the apartment and of her as she grew increasingly forgetful. George held the multiple roles of family organizer, arranger, trouble shooter and first responder. If something needed doing, he did it. If something was wrong, he dealt with it. Had something had gone wrong, he would have been the one to call us. If Sarah was on the phone, it could only mean one thing.

I listened carefully to the one side of the conversation I could hear, expecting questions like, “When did it happen? What hospital is he in? What does the doctor say?” What Seth said instead chilled me. “Oh, the poor guy! Did he have a heart attack? What?? What are you saying? I don’t understand. That can’t be right.”  He hung up and gave me a blank, confused look. “That was my mother. She says George is dead.”

The Bare Facts and Gun Violence 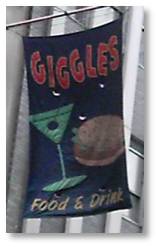 What? How? When? Why? Where? At that point we had only the bare facts, what Sarah had been told and could remember in her distressed state. George managed a restaurant on the west side of Manhattan behind the New York Public Library with the unfortunate name of Giggles. There had been a robbery. George had just put the night’s receivables in the safe when two of the four thieves burst in and forced him at gunpoint to open the safe. He did, after which they tied his hands and put tape over his mouth. Then they shot him. He had died instantly.

We packed quickly, trying to remember what we would need to take for at least a week when we were in shock and our brains were not working clearly. Calls went out to our minister, work, and schools. Our daughter’s friend said she would care for the cats. And then we were on the road to New York City.

We spent the drive in turmoil and engaged in magical thinking, something familiar to anyone who has suffered this kind of shock. Maybe it wasn’t George who got shot but someone else. Maybe the police were confused. Maybe he was only wounded and not really dead. This all begged the question, of course, of where George had been since the previous night but human nature is what it is. We made record time and arrived to find George’s friend, Barry, sitting with Sarah. 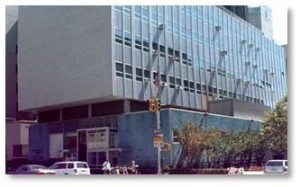 We left the kids with their grandmother and the three of us drove uptown to the New York City morgue on First Avenue and 32nd Street. The most difficult thing I have ever done is to walk into that building to identify George’s body knowing that he had been shot in the head at close range with a .357 Magnum.

In the Manhattan Morgue

We parked at the curb and Seth and I just got out and walked to the building. Barry stayed behind to put money in the meter—a detail that had not even grazed our consciousness. You have seen this building, or a simulation of it, in a hundred movies and TV shows. Entering it in person feels different. This is not a place you want to be.

The morgue staff tried to follow a procedure in which family members look through a window after someone opens a curtain. My husband insisted on seeing the body directly so they took us inside. George’s body lay covered on a gurney; he had already been autopsied. They pulled the sheet from his face and the magical thinking vanished. It was him and fortunately, despite our fears based on Dirty Harry comments, his face was recognizable because there was no exit wound. The bullet had entered the back of his skull where it fragmented and rocketed around inside but never came out except for a small hole in his chin.

Now we had to face the hard reality that George was dead. We returned to the apartment and began the process of calling relatives, planning a funeral, getting through the day and then the night and the day after that.

I’ll discuss some of those details in the next post. First, however, I must address the elephant in this story. Gun advocates would claim that George would have lived had he been armed. Two people here in Massachusetts even argued this point with me. They say he could have protected himself. He could have shot first. He could have kept them out of the room. This is magical thinking of a different kind, fueled by movies and TV shows in which the hero shoots fast and straight, protecting himself and others against impossible odds.

What the Police Detectives Said

We know because we asked the police about that idea—and not just beat cops, mind you. Seth talked extensively to the Manhattan homicide detectives who were handling George’s case. These were tough guys doing a tough job in one of the toughest cities in the country. They carry guns, are qualified with guns, and are prepared to use them when necessary. This is what they said: “Forget it.”

Having a gun, they said, would not have helped George. The thieves took him by surprise while he was going about his job, performing a task he did every night. He had locked the door when the restaurant closed and it was still locked. He wasn’t thinking about being robbed nor did any gunshots from the restaurant warn him of a robbery underway. He never had a chance to draw a gun or know that he needed to. As the lead detective put it, “He was within their power.”

Gun Violence: They Wanted to Use It

Then we asked the next logical question: Why did they kill him? The thieves had the money and he was tied up. He posed no danger to them. All they had to do was leave.

The detectives said, “Don’t torture yourselves by asking that. They shot him because they had a gun and they wanted to use it.” In fact, we learned later that the killer bragged to his cohorts that he’d shot the manager, just like they did in his home country, Panama, where it passed for a “tradition.” I think just having a gun made him feel powerful. Using it made him a big man on the street, a killer. Gun violence made him someone you don’t mess with. 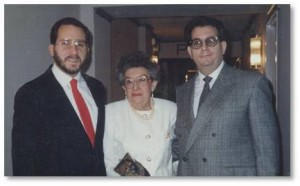 The fact that they left a man dead in his own blood, that they deprived a mother of her son, a brother of his sibling, a niece and nephew of their uncle, mattered not a whit. Because George was not a real person to them, a human being with a life, someone who mattered. He was just there. And they had a gun and they wanted to use it.

The rest of us had to pick up the pieces. That’s the part of gun violence that gets very little publicity. It’s the part that happens after the TV news shows have ended, the next day’s newspaper is out and people have moved on to other things. It’s not glamorous or exciting. Few people write books about it. There are no movies about grief, mourning, lives falling apart, struggles getting worse, or people in tears.