This is the second post in a series on the personal impact of gun violence. You can read Part 1 here.

In the fall of 1992 our daughter returned from a Unitarian/Universalist youth conference bubbling over with stories of a boy she had met there. His name was Galen and they had spent Sunday morning making French toast for the other kids—hundreds of slices—while they talked and laughed. She told us how smart, funny and witty he was and how much she had had enjoyed cooking breakfast with him.

I thought that this Galen must have been an amazing young man indeed to get our teenage daughter to cook anything, much less breakfast, with enthusiasm. Hmmm. I listened to her stories about him and wondered whether she would see him again, whether there might be a connection. 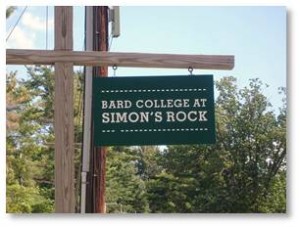 Galen was such a bright and mature boy that he attended Simon’s Rock College in western Massachusetts. It’s a small and innovative liberal arts college that accepts very smart and highly motivated high school students before they graduate. The school offers them a more challenging, college-level education and an opportunity to earn an early degree. He had gone there after his junior year in high school.

A few weeks later our daughter received a phone call and seemed to be having trouble understanding — or believing — what the caller was saying, as if the news didn’t make any sense to her. She put down the phone with a confused and disturbed expression. When we asked what the problem was she said that the boy she had met at the convention had been shot at his school and that he was dead.

Gun violence had struck again. Galen had been caught in a “campus shooting spree” seven years before Columbine, 15 years before Virginia Tech, and 20 years before Sandy Hook.

A Change in the Law

How could this happen in Massachusetts, a state with tight gun control laws? The answer was deceptively and tragically simple. The law had been changed on the quiet in a small but significant way through an amendment filed by State Representative Bob Durand. Most people, ourselves included, were unaware of it. “An Act Relative to Exemptions for Non-Resident Purchasers of Certain Firearms and Ammunition” allowed the legal purchase by any:

“non-resident who is eighteen years of age or older when acquiring a rifle, shotgun or ammunition from a licensed firearm dealer, provided that such non-resident is in compliance with the law of the state where he resides and has the proper firearms license if required.”

A scholarship student named Wayne Lo, whose family had emigrated from Taiwan six years earlier, came to Simon’s Rock from Billings, Montana, in the spring of 1991. He sported a shaved head and held “conservative beliefs” that other students found racist, homophobic, and anti-Semitic. He seemed out of place at this liberal school and the other students steered clear of him.

On the morning of December 13, a package arrived at the school for Wayne Lo containing ammunition he had ordered from Classic Arms, a North Carolina company. Unsure what to do with it, and worried about violating Mr. Lo’s privacy, Dean Bernard Rogers sent the package back to the mail room so he could ascertain what was inside. Before he could do that, however, Wayne Lo picked up the package without supervision, oversight, or obstacle.

He was of age (by a few weeks) and had a Montana driver’s license, the only document required in his home state to purchase a gun. That same day he went to Dave’s Sporting Goods in Pittsfield, MA and bought an SKS Chinese-Type 56 Carbine, a semi-automatic weapon that fired intermediate-sized ammunition. 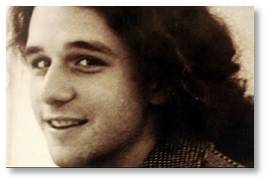 He returned to the school where he took a test, went to the dining hall for dinner, loaded his rifle, and embarked on a shooting spree. Wayne Lo wounded four people—paralyzing one—and killed two. One of the dead was our daughter’s friend, Galen Gibson, only eighteen years old.

She was devastated, as anyone would be, but the tragedy was especially terrible for one so young. Teenagers are famously immortal, believing that death visits only the very old, the sublimely careless, and soldiers in wartime. Now someone her age, someone she knew, had died and by an act of violence.

Galen’s funeral was private but a memorial service was held afterward at his church in Gloucester, Massachusetts. I decided to drive her and a friend to the service because she was so upset and I knew the highway would be crowded with Christmas shoppers. I planned to sit quietly and unobtrusively in the back of the church and then drive home. This plan lasted about five minutes into the service.

The church was packed with adults and weeping young people. As person after person got up to speak about Galen they drew a picture of him that magnified the loss. Galen Gibson had been one of those charismatic people that everyone wants to be with, to listen to, to befriend, to learn from. He sounded like an “old soul” wise beyond his years if equally set in his ways. Galen drew people to him and they loved him in return for his intelligence, his kindness and his wide-ranging interests. All the accounts painted the picture of an extraordinary young man.

I was soon in tears and I wept (but quietly) all the way through the service. It was a hugely emotional experience. The drive home was quiet and somber. I could think only, “What a waste. What a tragic, stupid and totally unnecessary waste.”

Unlike most mass shooters, Wayne Lo did not kill himself after wreaking such devastation. Instead he called 911 and surrendered to the police. Convicted in a trial, he received to two consecutive life sentences without possibility of parole, a sentence he is still serving here in Massachusetts. Wayne Lo is now 40 years old and has been in prison for 23 years. While denying mental illness, he claimed to have been “on a mission from God” to kill people at Simon’s Rock. In a later prison interview he said he was motivated by raw and boundless anger.

This is what he now says about his ability to buy a gun:

“But I believe there should be stricter gun control. Certainly no one should be able to walk into a store and leave with a gun. I think the waiting period thing is a good deterrent. It certainly would have stopped my rampage because weeks’ wait would have thwarted my plans. Law abiding citizens can certainly own guns but they don’t need to be able to get it right away. If something life and death comes up, they can always call the cops.”

Would it have helped if Galen Gibson had been armed? He was coming out of the school library, putting his coat on as he walked toward a car that he believed had been in an accident and gone off the road. Actually, it contained the body of Wayne Lo’s second victim, Spanish Professor Ñãcuñán Sáez. Galen did not know there had been a shooting or that he should be prepared to defend himself. He just went out to help the driver.

An Awful Blow to the Family 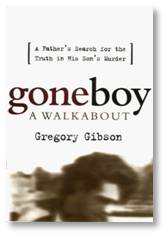 Galen’s death struck the Gibson family hardest, of course. For them it must have felt like being hit by a meteorite: abrupt, unpredictable, hard and inescapable. His father, Gregory Gibson later wrote a book about their experience called  Goneboy: A Walkabout, which I recommend.

Although the murder affected us only tangentially, gun violence had now touched me and my family twice in the space of one month. One month! It seemed impossible for such tragedies to happen anywhere and unthinkable here in civilized Massachusetts. It felt like being pounded twice by a hammer I hadn’t known existed.

And yet it wasn’t the end. . . . not even close. It would soon get worse. Keep reading.