In the next series of posts I’m going to violate one of the primary rules for The Next Phase blog—no guns. My decision has been driven by several events:

Time to Break the Rule

In breaking my rule for this series of posts I will talk about my own personal contacts with gun violence—experiences that even some of my closest friends don’t know about. I’m reticent to open up this part of my life because it’s personal and very painful. Writing about it means reliving it and I normally prefer to leave these events in the past. Frankly, it can also bring a conversation to a screeching halt and turn a dinner party into a wake. 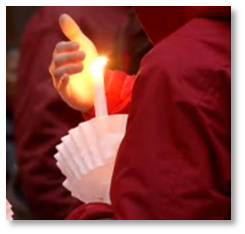 Also, my website page explaining my opinions on guns doesn’t explain why I have such opinions. These posts should accomplish that.

I’m not interested, however, in getting into heated debate with gun advocates or gun owners. That’s not what this is about. The posts will focus less on guns per se than on the impact gun violence has had on me and my family. It will take more than one post and you may not want to go on this journey with me. If so, I understand. I didn’t particularly want to travel this road either but I had no choice.

Keep in mind that all the experiences I am about to relate took place in the course of one year. I will talk about them in chronological order. My year of gun violence started with Betsy.

Betsy McCandless was a woman I worked with early in my career at a startup company called Interactive Data Corporation. She was a sweet, quiet and considerate woman who worked hard and did her job well. We were lunchtime friends and I found it fascinating that she learned to play golf so that she could be participate fully in company meetings that involved golf scrambles and competitions. Many years later I would follow her example.

When I left the company, I lost touch with Betsy. In those years before Facebook and LinkedIn, this was the way of things unless people had a great deal in common or made a real effort. I was married with children and Betsy was single; not much  brought us together.

So I was shocked one morning when I picked up the Boston Globe and saw a front-page article about how Betsy had been murdered by her husband. The article and subsequent pieces also filled in the gaps. I learned that In the intervening years, Betsy had gotten married to a man who was an Irish national. After a charming whirlwind courtship he turned into one of those controlling, domineering and abusive men who pose such a danger to women. He stalked her and threatened her life. 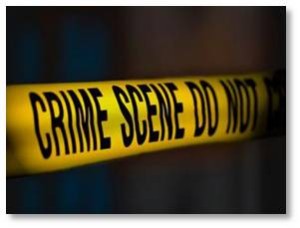 She did everything she could to protect herself. Betsy followed every piece of advice the police offered, from taking out a restraining order to not staying in one place to taking a self defense course to moving to an undisclosed location. The police acknowledged that she had done all she could. But none of it worked against her abusive husband.

In the meantime, he went home to Ireland for a visit. With an outstanding restraining order and arrest warrants against him, her husband should not have been allowed back into the country but he was. One day she went down to the lobby to get the mail and he was waiting. He shot and killed Betsy and then, in the way of such cowards, killed himself so that he would not have to suffer any retribution.

No Woman Is Safe

Betsy’s murder shocked me, as you can imagine. How could it be that she did everything she could—within the law—to protect herself only to be murdered by a man who should not even have been in the country? The answer seemed to be that none of the measures created to protect women actually worked against a determined attacker. Not even the Immigration and Naturalization Service had done their job. How could a man who was not a citizen and had a restraining order against him have gotten a gun in a state with tight gun laws? The answer to that, of course, was the black market. 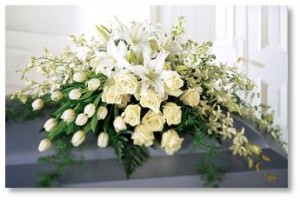 Her murder also stunned me because it meant that if Betsy had not been safe despite her best efforts, then any woman was vulnerable. Reading the @BostonGlobe article about her ordeal was gut wrenching. It still is.

Now, some readers will say that she should have been carrying her own gun. Had she been armed and prepared, they believe, she might have won a shoot-out in the lobby of her apartment building. It’s possible. Certainly movies and TV shows have primed us to believe that Betsy could have had her own Bruce Willis moment and emerged victorious. She might even have shot the gun from his hand and held him at gunpoint until the police arrived.

Reality is different. There are no scripts, no fight choreography, no squibs, and no stuntmen in reality. If anyone could have gotten a gun to defend herself, Betsy would have. Meticulous, painstaking and conscientious about anything she attempted, Betsy would have trained until she was a very good shot.

Consider, however, that she would have had to carry the gun and been prepared to use it at all times when her husband only had to do so once. Constant vigilance is wearing. Shots go wild and bullets ricochet, particularly in small spaces. Most importantly, she would likely have hesitated, taking an instant to make sure that the man in the lobby was her husband and not another tenant, while he, certain of his target, would not. That instant can make all the difference.

Besides, Betsy thought her husband was in Ireland. His passport had been confiscated. She had no reason to carry a gun because she did not think he was close enough to find or threaten her. She thought she was safe. Betsy had been wrong and now she was dead.

Like most middle-class, college-educated white suburbanites, I had never been touched by gun violence before. I thought it was something that happened to other people who did not look like me or live where I did. It certainly didn’t happen to colleagues, co-workers and friends.

I was wrong. But as shocked as I was by Betsy’s death, I had no idea that it was only the first. There was more to come.