You are a very impressive young man with a great career ahead of you. I met you in Boston in 2019 and spoke with you after a lecture. (It was a very cold December night.) You reassured me that America’s young people were motivated to vote and change the country. You were right.

I have wondered for decades why generations of our country’s young people were passive and uninvolved. They seemed uninterested in improving the country or even their own lives. How could this be?

On the leading edge of the Boomer generation, I marched and protested, wore political buttons, sang the songs, waved the signs and voted as soon as I was able to do so. The voting age was 21 back in the day.

Motivated by an Existential Threat 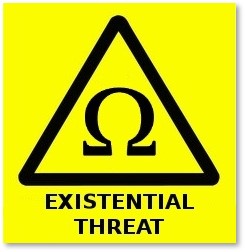 What motivated our generation to protest and fight the government then was the same thing that motivates yours now: an existential threat. For us, it was the Vietnam War. Every healthy young man who lacked a wealthy and powerful family faced that fate. When you graduated high school (or college) you got drafted.

A tour of duty in Vietnam could last mere weeks or even days before you were shipped home on a medical flight or in a body bag. A combat soldier had about a 10% chance of being killed in action but roughly a 50% chance of getting wounded. Second lieutenants in the artillery routinely served as forward observers where they had a life expectancy of about 20 minutes.

One out of every 10 Americans who served in Vietnam was a casualty. A total of 58,148 were killed and 304,000 wounded out of 2.7 million who served. Although the mortality was similar to that of other wars, amputations or crippling wounds were 300 percent higher than in World War II.

It didn’t matter what a man wanted to do after graduation, whether a couple planned to get married, whether a career awaited, or an opportunity had opened up. You couldn’t get on with your life, or expect to continue living, until you were fortunate enough to return from Vietnam.

Even then, however, you weren’t safe. I knew several men who survived the war and came home only to die very young from things the US Army denied such as contamination by Agent Orange and microwave transmissions.

The American people gradually turned against the war but that made little difference. It churned on year after year, killing more young men and women all the time. 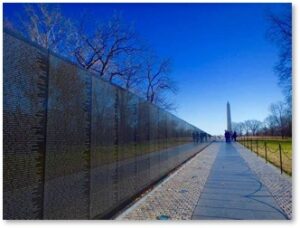 As you and your generation have learned, the threat of an early and ugly death can motivate millions. The youngest soldier to die in Vietnam was 16. The youngest children to die in school shootings were in first grade.

(The next time you’re in D.C., David, go to Maya Lin’s Vietnam Veterans Memorial. Notice how it starts off small, almost out of sight, but grows deeper and darker as you walk until it looms overhead. That’s what it was like.)

We Remember the Existential Threat

The Baby Boomers went on to run for office and then run the country. Over time, the idealists of the peace-and-love generation became the capitalists of the technology industry.

But some of us remember what it was like to have the government control your life. Although I was not subject to the draft, my brothers, friends, and fiancé were. We remember the existential threat to an entire generation. We remember how politicians considered the lives of young people expendable in a war we called illegitimate. Now your generation is, for the worst of reasons, learning the same lessons. 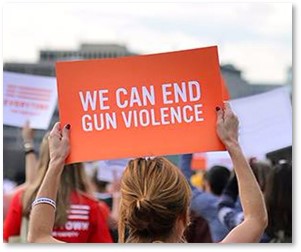 Keep running for office—you will keep winning. The odds are, sadly, in your favor as more and more families join the “survivor’s club” each year. Every mass shooting leaves behind hundreds of people like you—angry, motivated, and determined to change the country. It’s working.

Congratulations on playing a huge part in pushing back the MAGA wave and keeping those who would destroy our democracy out of office. Thank you, thank you, thank you. Your generation still has a lot of work ahead but know that many of us old folks are behind you all the way. Bless you and keep up the good work. 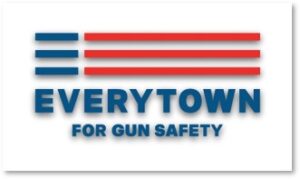 PS: I follow you on Twitter because you are the articulate voice of a movement and a generation. I also understand your anger as a gun-violence survivor. My husband is a Senior Fellow for Everytown for Gun Safety. To understand why, you can read my series of posts about gun violence: