This is the fifth and final post in a series on the personal impact of gun violence. Here are links to Part 1, Part 2, Part 3 and Part 4.

Memory is a funny thing—more malleable over time than we think it to be. I remembered the three murders I have described in this series of posts as taking place over the course of a year. Actually, however, it was only two months: December 1992 and January 1992.

It Doesn’t Happen to Us 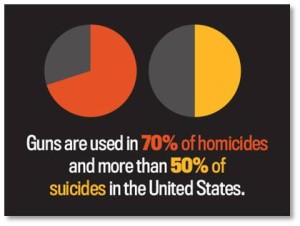 Most people think that murder doesn’t happen to nice white folks with college degrees, suburban houses and two cats in the yard. Yet it does.

In one high-tech company where I worked, our PR consultant, Martha Schaefer, had lost her brother Duncan to an angry ex-girlfriend. Colby, the head of telemarketing, had lost his sister to her ex-husband, both with guns. That made three of us in one company. The families of gun victims are out there — more of us every year — we just don’t talk much about what happened because it’s too painful.

For the survivors of gun violence life goes on as it does after any tragedy. One day follows another and one morning you realize that you didn’t think of that traumatic death, that lost person first thing. Maybe you went for five minutes before it struck you, then ten minutes, then an hour. Eventually you get through a whole day before remembering—and you feel guilty. Forgetting about the person’s death feels like abandoning the person. You have to let go and yet letting go of grief feels like letting go of love. Eventually, however, even that feeling goes away because time is the only real cure and time has no emotions.

On the issues of gun control and gun safety, my husband and I have strong opinions. Those beliefs are not philosophical, theoretical, hypothetical, or religious. They are based on our real experiences and they are not subject to argument or controversy. To understand them you would have had to share our experiences and I would not wish that on anyone. Unfortunately, it seems that more and more people are being admitted to this group every day as gun violence increases around the United States. 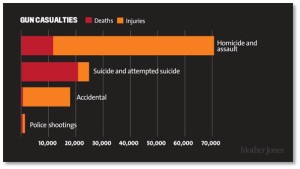 With every news story about another school shooting, movie theater rampage, or shopping mall attack, I feel for the people who are about to confront the tragic holes in their lives left by the death of a loved one. With every article about a man who has killed his wife, girlfriend, ex-wife, or partner I think about Betsy. With every Facebook post about a child who picked up an unsecured gun and killed himself, his sibling, his parent, or someone else I feel the anguish of the families confronting this unfathomable loss.

The Perspective of Your Experience

My friend Martha says that everyone comes to the topic of guns from the perspective of their own experience and that’s true. My concern is that many people have no experience with guns outside of what they see on TV and in the movies. They have no real sense of the damage they can do or the holes they can tear in people’s lives. They don’t see the news of new shootings and “accidental” shootings on Facebook so they don’t understand the scope of the problem. For them, it’s all theoretical until it isn’t. And then it’s too late.

When George was killed I had a strong sense of wanting to go back in time so that I could warn him. It felt almost tangible, the idea that I could stop and make a U turn. Then I could change the past and fix everything, prevent the bullet from firing, avoid the funeral and the tears, keep the death from ever occurring. It seemed like such a simple solution, one that I could make happen by force of will. Except that I could never figure out how to do it.

Time to Move On

I needed to write these posts and I’m glad I did. I appreciate all the comments that people have made on this blog and on Facebook. But now I need to stop and move on. I understand that gun violence is a non-issue in this country because there are just too many people who want to own guns for a variety of reasons. But I hope we can at some point unite on the issue of gun safety.

Dedicated, responsible gun owners understand and agree with the need for increased gun safety. Unlike the National Rifle Association, these people don’t want guns to be owned quickly and easily by the blind, the mentally ill, or terrorists. They don’t want guns on airplanes, in our elementary schools and universities, in parks and playgrounds. They don’t want little kids to get their hands on loaded guns of any caliber and would never give one to a child. They don’t run around with their finger on the trigger. And they grasp the fact that background checks work to keep guns out of the hands of the unfit and the dangerous. 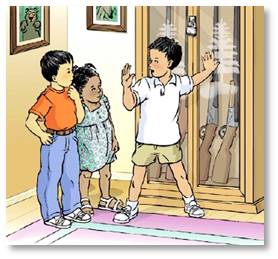 The goal is to get more people to support the basic rules of gun safety. Guns in the home should be kept unloaded in a locked gun safe. I also believe strongly that parents who don’t do this, who leave guns where children can get their hands on them, should be prosecuted for child endangerment. What, after all, could be more dangerous to a child than a loaded gun?

We’re not there yet and it’s daunting to consider how long it might be before we actually get consensus on gun violence. It’s dismaying to think that the slaughter of twenty little children in their school didn’t further the cause of gun safety but instead set it back as more people purchased weapons.

When will we wake up?