One of my readers asked what I could find about Oliver Street. I love a good challenge, so I hit the bookshelf and started researching. Here’s what I found.

Oliver Street runs for three long blocks in Boston’s Financial District from Liberty Square at Sewell Place to the poetically named Surface Road that parallels the Rose Kennedy Greenway. Both Congress Street and High Street intersect it and the buildings on it go back no further than the nineteenth century. 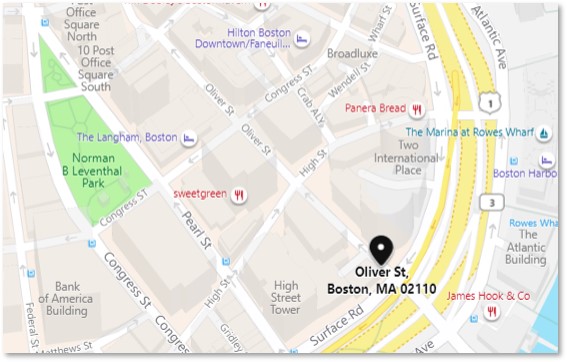 Peter Oliver Sr, was born around 1616 in Bristol, Gloucestershire, England, and died in Boston in 1670. An elder of the First Church in Boston, he had sufficient stature in Boston to be allowed to graze a horse on Boston Common in violation of the town’s general “no horses” rule. (You could graze one cow or two sheep.)

Peter Oliver purchased property from Edward Hutchinson in 1663-4 and laid out this street, which cut through the pasture of Eliakim Hutchinson. It included Gibbs Lane, which went from Purchase Street to High Street and was at one time called Back Street.

Any study of Boston history turns up multiple prominent members of the Oliver family, although it’s easy to get tangled up in the biographies of different men with the same name. Dates become very important.

The family had wealth and stature in Boston, with several of its members earning their own place in the history books. All this happened well after Peter Sr. created Oliver Street. 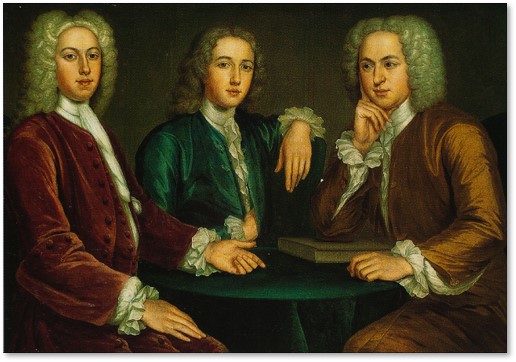 Daniel, Peter and Andrew Oliver by John Smibert — Courtesy of the Boston Museum of Fine Arts

Two of the the three grandsons of Peter Oliver Sr.—Daniel, Andrew, and Peter—figure  in the history of 18th Century Boston. All three graduated from Harvard College. The latter two men occupied strategic positions in Colonial government during the American Revolution.

Beginning in 1765, the Sons of Liberty used threats and violence as a tool to manipulate the actions of both Peter and Andrew Oliver. Both men witnessed first-hand and experienced personally the undoing of Britain’s Atlantic empire. 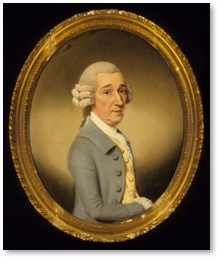 Peter Oliver (1713 – 1791) co-ran an importing business with his brother Andrew, which contributed to the family fortunes even though Peter had more interest in science and literature. Peter Oliver served as chief justice of the Superior Court—the highest court of Massachusetts Bay Province—and was a member of the Massachusetts House.

In 1744, Peter bought an iron works in Middleborough, MA, which made both household iron implements as well as cannonballs. He used the profits from this company to build Oliver Hall, described as “one of the most elegant residences in all of colonial New England.”

A Loyalist during the American Revolution, Peter Oliver supported the idea that the colonists should be taxed and recommended that more effort be put into preventing smuggling to pay for the French and Indian War.

He believed absolutely that the Revolution, which he consistently referred to as the “Rebellion,” was illegal and destined to fail, Peter Oliver went so far as to write a letter to Massachusetts troops entitled “An Address to the Soldiers of Massachusetts Bay who are now in Arms against the Laws of their Country.”

Peter Oliver left Massachusetts when the British evacuated troops and Loyalists from Boston in March of 1776. He sailed with them first to Nova Scotia and later to England and lived there until his death. He is buried in Birmingham.

Andrew Oliver (1706 – 1774) was commissioned to administer the provisions of the wildly unpopular Stamp Act, for which he was hanged in effigy from Boston’s Liberty Tree by the Loyal Nine. 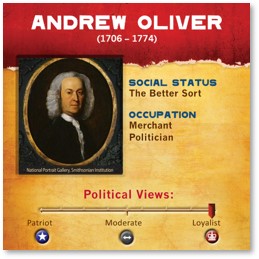 The Sons of Liberty, successors of the Loyal Nine, demolished the office where he distributed the much-despised revenue stamps. Andrew Oliver was commissioned lieutenant governor of the colony when his brother-in-law Thomas Hutchinson became governor in 1771 and served in that office for two years.

He died of an “apoplectick fit,” which was probably a stroke. The Sons of Liberty reacted to his passing with glee, and his burial was marred by acts of protest and violence. Few friends and relatives attended. Andrew Oliver lies in Boston’s Old Granary Burying Ground, along with many of the Sons of Liberty who despised him.

The oldest grandson, Daniel Oliver (1704 – 1727), died young at 23 years of age and does not figure in Boston’s history. In 1732, portraitist John Smibert painted the three brothers together—one of 11 portraits commissioned by the Oliver family. To recreate the image of Daniel, who had died of smallpox in London five years earlier, Mr. Smibert borrowed his image from a 1727 miniature painted by an unidentified English artist.

The portrait today hangs in Boston’s Museum of Fine Arts, which acquired it from the Oliver family in 1953.

Most of the family remained Loyal during the American Revolution and many settled in other parts of the British Empire. Subsequent generations of Oliver men with the same three names pop up in Boston’s history, however, just to confuse researchers even further.

According to Jane Holtz Kay in her excellent book, “Lost Boston,” the consequences of being a Loyalist family were significant and long-lasting:

“The Revolution had left not just a vacuum of power, however, but a vacuum of place. The seats of Tory affluence, of Oliver and Hutchinson, were sold to the newly affluent. The so-called Country Aristocracy from the North Shore bought into the patrimony of the Crown’s children. The Tory heraldry of money and power passed on to Essex Country rulers — the Cabots and Lowells, Grays and Gerrys. With their past wealth from privateering and and the coming wealth from maritiming, the out-of-towners entered the war-thinned list that topped colonial society.”

Oliver Street in the Ashes 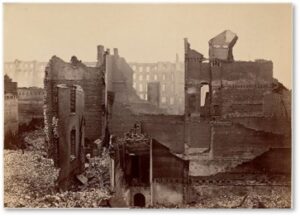 Oliver Street after the Great Fire of 1872

Oliver Street runs through the area of Boston that was devastated in the Great Fire of 1872. Any historical structures were demolished in that conflagration.

The buildings in this part of the city, currently the Financial District, were built on the ashes of the fire and go back no further than the nineteenth century.