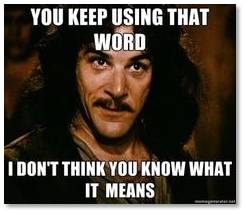 When I wrote a post about redundant terms back in 2014 I had no idea there was a word for them. I should have known better; there’s a word for everything. In this case, the word for “instances where there’s a word or two more than necessary” is pleonasm. The pleonastic words probably don’t mean exactly the same thing but they are unnecessary. The examples I gave then were:

I learned the correct term for these pleonasms in an entertaining segment on NPR  by Mark Memmott. He added some that I had not thought about or that have become so ingrained in common usage that they have become stock terms. Mr. Memmott’s pleonasms are:

Now that you have read these things, of course, you will be unable to un-know them and the pleonasm will pop into your head the next time you hear one. Score one for our side. 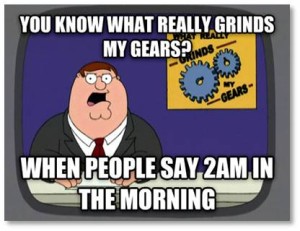 The “Count the Superfluous Redundant Pleonastic Tautologies” essay from George Carlin. Now Mr. Carlin was long one of my favorite comics in part because he loved to play around with language. These days it’s rare to find a comedian whose on-stage vocabulary goes much beyond the F-bomb and other designed-to-shock expletives. It’s cheap humor instead of humor based on thoughtful observation. Mr. Carlin’s essay contributes many pleonasms including the following:

Now that you understand pleonasms, you should be able to see for yourself why these terms are redundant. If not, just check the dictionary for their real meanings.

For a complete list—or at least as complete as current mis-usage allows—go to  the About Education blog to find 200 pleonasms compiled by Richard Nordquist.  If you write for fun or for a living, you’ll be shocked by how many of these have entered common usage and become stock terms. You’ll also be embarrassed by how many of them you have used yourself. It’s a sobering exercise. 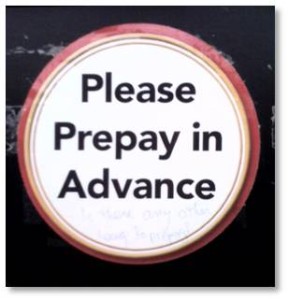 It’s possible, of course, to use pleonasms intentionally for effect. Writers have been doing this from Shakespeare on and possibly back to the Bible. Know what you’re doing, though.

And beware of introducing yet another pleonastic stock phrase to the English language. We don’t want to attach together words that aren’t necessary just to create a new innovation that someone else will use so the pleonasm recurs again and thus create an emergency situation.