I hear them everywhere and see them daily—so often in fact that I no longer wince reflexively when they pop up. 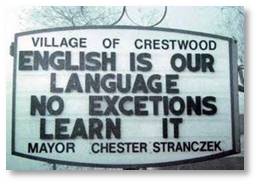 What are they? Mistakes in how the English language is used. It’s an irony that many people who champion English as the official language of the United States don’t speak it correctly themselves. But they’re not alone. I hear mistakes on TV, coming from the lips of actors, comedians, interviewees, and news anchors regardless of program or network. These are people who should know better but clearly don’t. Neither do the TV journalists and script writers who write for a living.

I see them in the pages of the New York Times, the Washington Post, the Boston Globe, and The Wall Street Journal. It’s an apolitical phenomenon that appears to be independent of geography, gender, race, or religion. The print journalists who write these stories, editorials and op eds also write for a living. They presumably have a good education, and should definitely know better. so I find myself asking four questions:

I wish I had answers but I don’t. Did no one listen in English class? Anyone? Bueller?

On my desk I keep a list of the most common—and most egregious—usage errors that I hear and see every day. These include:

Because I can’t deal with all of them in one post, I’m going to focus today on redundant terms. I’m not talking about oxymorons like “boiled live lobster,” “pretty ugly,” or Congressional action” that contradict one another. No, in this case people use more words than they need, either because they don’t believe that words have sufficient impact on theirown or because they don’t understand the meaning of the word they’re using in the first place. Here are a few that I hear or read regularly:

Little small: Pick one. Either will do.

Past history: Do you know any other kind? 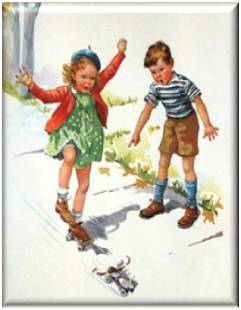 Young girl: A girl is a female child, which puts her anywhere between infancy and adolescence. So a “young girl” to me is probably around three to five years old. Yet I hear the term applied to girls as old as eighteen or nineteen—whom I would describe as young women. Typically, adding “young” makes them seem more vulnerable or more sympathetic, particularly in news stories in which girls are victims.

Separate out: The word separate means to set or keep apart, or to take out. It’s the only word you need.

Whether or not: Whether implies “or not;” you don’t actually have to say it. You may, in some contexts, want to say “regardless of whether,” but the “or not” is extraneous.

There are certainly many such redundant terms floating around and I will probably think of them at 2:00 a.m. but these are the ones that come immediately to mind. Please feel free to comment and add your own pet peeves. 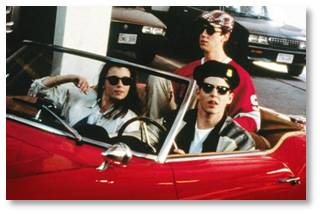 Which leads me to the second bullet: trendy words used incorrectly. When, for example, did “fail” replace “failure?” This must have happened on some TV show I don’t watch or a social media site that I don’t follow because it popped up just last year. I would like to know its origin because, quite suddenly, the term “epic fail” became popular—pretty much always used incorrectly.

The word is “failure” people.  Bueller, are you listening?

Okay, I’ll get off my grammar soapbox now and go back to wincing when I hear or read these terms. Who knows—more of them may become popular at any time.

2 thoughts on “Did NO ONE Listen in English Class?”