I am fascinated by trends in our culture and in the business world. Some are good (fried eggs on everything), some are benign (quinoa and kale), and some are devastatingly bad (open carry everywhere). The latest example of a bad trend is now infecting workplaces across the country. Rachel Feintzeig in her Wall Street Journal article, “When ‘Nice’ is a Four-letter Word,” explains the new idea. It’s  called either “radical candor,” “front-stabbing” or a “mokita,” depending on where you work. She says that companies are, “pushing workers to drop the polite workplace veneer and speak frankly to each other, no matter what.” 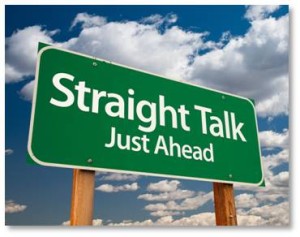 Put that way, it doesn’t sound so bad. Let’s just get those pesky problems out in the open where we can see them, speak plainly, and get them fixed. Author Kim Scott describes it as, “giving criticism while showing genuine concern.” That’s a good thing, right?

Looked at in a different light, though, radical candor means abandoning courtesy, consideration, and simple good manners to say whatever you think to the people you work with every day. From a third perspective it’s waving goodbye to teamwork and opening the door to the worst in human nature.

There’s one big problem with a company culture of radical candor: people are not all alike.

Some folks will be just fine with “unvarnished feedback.” Others will go home hurt and traumatized. After a few encounters with the culture of candor, some will run screaming for the door. As I explained in a previous post, “Leader or Follower,” not everyone is cut out to take on “high visibility” positions that can lead to criticism, confrontation, and abuse. They are the introverts, the timid, the self-deprecating, and the marginally dysfunctional. 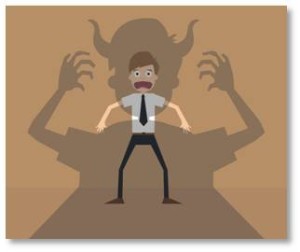 But they have things to contribute from bursts of genius to simple good work. If you’re willing to say that no one of that ilk has ever had or will ever have a good idea that helps make your company successful, fair enough. By all means treat them to a culture that will demonstrate just how unwelcome they are in your firm.

The other half of this dysfunctional equation is equally important. Just as some employees are more easily damaged than others, there will be some who enjoy doing the damaging. Yes, there will.

You can try your best to keep this kind of person out of your company but the pocket sadists and clever sociopaths are often very good at hiding their true personalities. Give them the opportunity to flex their muscles, however, and you’ll see just how well they adapt to using radical candor. They’ll gleefully send their teammates, staffs,  and colleagues rushing for the box of tissues—if not the door. 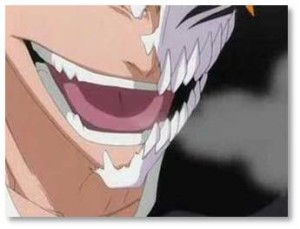 Multiple times in my career I have seen managers promote seemingly excellent and well-qualified candidates into management positions that allowed their inner demon to come through. Twice it was bullying behavior that demolished the targets of their malice. (Fortunately, not me.) Once it was backstabbing at a truly Machiavellian level that laid waste across multiple departments. I also had a friend at another company whose boss was allowed to “torture” her (the manager’s word) psychologically for the combined amusement of her and her manager.

Now let’s make that behavior acceptable. Let’s call it “front-stabbing” and put it right out in the open. What could be more crazy?

What should be surprising, but really isn’t, is that the Human Resources departments one would expect to be holding the line against this destructive practice are instead embracing it.

The same people who urge managers and their staffs to take professional personality tests like the Meyers-Briggs®, then propose to treat everyone alike. Go ahead, measure how many Extroverts/Introverts, Sensing/Intuition, Thinking/Feeling, and Judging/Perceiving types you have in your company. Train your managers to know what types they have on their staffs and how to manage them accordingly. Then throw all those different people into a bucket of ice-cold radical candor and see what happens.

The same HR professionals who seek diversity of race, gender, and nationality, (forget about age) will then cram all those differences into the Procrustean Bed of radical candor and saw away at vulnerable egos, recovering personalities, and introverted anxiety until they all fit—bruised and bleeding—into your shiny new company culture. At least for a while.

Where Did Radical Candor Start?

I have a good idea where the whole idea of radical candor started—with Bill Gates and Steve Jobs. After all, if those two champion abusers could create a brutal company culture and succeed, why not others?  Thus we have the Amazon culture described so well by Jodi Kantor and David Streitfeld and the New York Times—and promptly denied by an embarrassed Jeff Bezos. Hey, Jeff, no need to apologize. The rest of the business world is just catching up. Soon everyone can be as brutal as they like and get promoted for it.

Strains of this Gatesian/Jobsian idiocy have long poisoned the high tech industry and now they are spreading into the greater world of American commerce. Hold on to your hats.

Read the article and see if you have steam coming out of your ears. I sure did. Not only because radical candor is a bad idea but because the people who should know better, from Human Resources to executives, are embracing it as the new key to success.

But when you make statements like “You have to have a thick skin to work here,” or give your employees a tee shirt “showing a giant scar with stitches over the heart,” you should know there’s something radically wrong.