Susanne’s post yesterday on character overlapped with a phone call from my brother during which we discussed various dangers to the economy and the country at large. My personal vote for the individual to watch out for—the one who is most likely to send something off the rails—goes to the Smartest Guy in the Room. Whenever one of these characters walks in the door, I know we’re in trouble. Here’s the thing: people who pride themselves on being smarter than the average bear tend to think (notice I said “tend”): 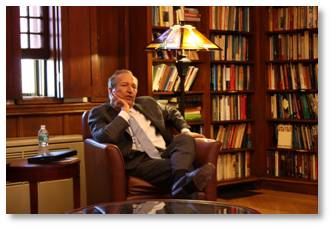 The Intellectual Elite: They know better than anyone else and should therefore make decisions that others are not smart enough and/or educated enough to make for themselves. This species tends to cluster in government and academia where they can pontificate and feel superior without actually having to do anything.

Relieved of the burden of being productive, meeting a goal, or being held accountable for real accomplishments, they can wax eloquent. After all, they can be wrong without losing a bonus, a job, or a good night’s sleep. Although Harvard did ask Larry Summers to leave.

The Masters of the Universe: They have figured out the system better than anyone else ever has and can therefore make it work for them—big time—even if the payoff is at someone else’s expense. Banking and finance are the industries of choice for this type because the potential payoff is huge. 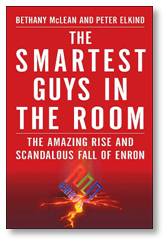 If they can figure out a way around the rule, develop a new investment mechanism, foreclose the mortgage on a guy who’s lost his job, or run some version of a boiler room operation to take money from widows and the elderly, they do it to win the game. And their intelligence means they deserve the reward, right? Remember, The Smartest Guys in the Room is the title of a book by Bethany McLean and Peter Elkind about, “the amazing rise and scandalous fall” of Enron.

The Charismatic Sociopaths: They are above pesky little questions of ethics and morality because those only apply to inferior folks who are bound by their consciences. The financial industry also attracts these types: A smart sociopath like Bernie Madoff can make billions by bankrupting others without blinking an eye. But politics and government have their share, too, because the payoff is in power, which feeds their egos.

Whether they’re preaching morality while cheating on multiple wives like Newt Gingrich or getting us into unnecessary wars in foreign countries like Robert McNamara and Donald Rumsfeld, they justify their actions by believing that only they understand what the country needs. They think their brains put them above the law, above ordinary morality, above even the comprehension of the unwashed masses. Thus they are free to pursue whatever drives them, safe in the belief that being the smartest guy in the room is all the justification they need.

The Scions of Privilege: They must be smarter than everyone else because they are richer. And what goes around will never reach them because their money will protect them from real consequences—like villagers with torches and pitchforks or law enforcement officers bearing arrest warrants. These entitled individuals live out football coach @Barry_Switzer’s famous quote: “Some people are born on third base and go through life thinking they hit a triple.” They equate wealth with intelligence, even though they may have inherited the money from an ancestor many generations removed. 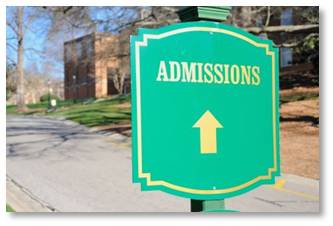 This attitude is reinforced by what I call Affirmative Action for the Rich. They get into Ivy League universities through the Legacy System, rather than their own merits, and never have to compete with kids who are really much smarter but lacked a grandfather who donated a library building or a father who pumped up the school’s endowment with a big donation.

They get companies, organizations, industries and sometimes the whole country into trouble because they think things will turn our all right. After all, that always worked for them—often after Daddy’s lawyer, business contacts, political connections, or personal fixer intervened on their behalf.

Are they really smarter or do they just think they’re smarter? Let me tell you a story.

Back in 1991, I interviewed extensively at Microsoft. They flew me out to Redmond twice, the second time with my husband so we could meet with real estate agents and he could talk to employment recruiters. I met with many people at different levels in the company, some of them with recognizable brand names. During the course of my meetings @Microsoft, I absorbed three consistent messages: 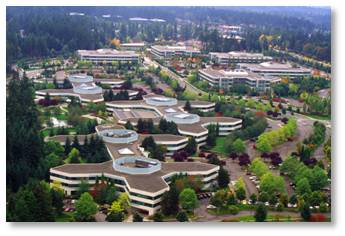 OK, fair enough. They put their cards on the table face up. But I also heard from the hiring manager that she wanted someone who could set the model for a balanced lifestyle in her department. Hmm. That didn’t match the Top Three messages and I didn’t see how someone at the Director level could oppose the entire Microsoft culture and succeed. This is what’s known as being set up to fail.

So when I talked to the department VP, I put my cards on the table and asked him to clarify what they were looking for. Was it someone who would work 80 weeks or someone who would show them how to have a balanced lifestyle?

He (at the time he was a technology brand name) said, “Let me put it this way. A very smart person who only works a 40-hour week will not do as well as a person of mediocre intelligence who works an 80-hour week.” I almost laughed out loud. (BTW: This is not recommended behavior for job interviews.) I figured if he could not see the fallacy in this statement, then he wasn’t as smart as he—and other Microsofties—thought they were.

A brilliant person can accomplish more, or add more value, in 8 hours (or 6, or 2, or 30 minutes) than a person who just goes through the day, performing tasks and struggling to see the big picture. Was I smarter than he was? I don’t know. But I was smart enough not to haul my family 3,000 miles away from everyone then knew and then abandon them while I worked days, nights, weekends, and holidays. And that was more important to me than the money (and probably a lot of it) I would have made on MSFT stock options.

Does Intelligence Entitle You to Anything?

So I guess I’m skeptical that the individual who thinks he’s the smartest guy in the room is actually as intelligent as he or she may think. It’s not a matter of being jealous: I can hold my own in the brains department. Microsoft thought my smarts were worth two trips to Redmond with wine and fruit in our four-star hotel room.

I also don’t suffer fools gladly. And it’s not a matter of thinking that just being smart is enough. Sometimes, it can even get in the way.

No, the issue arises when the individual thinks that being smarter than the average bear entitles him to something. Whether it’s a multi-million-dollar compensation package, a Senate seat or Cabinet position, a place in the Ivy League aristocracy, or a voice in how the economy is run, he deserves it because of native intelligence.

Being really smart, however, means that one should have the intelligence to recognize that:

People who can comprehend and accept these ideas are the truly brilliant ones.