I see it all the time: advice about how to be a Great Leader. This priceless information appears in the press, is published on LinkedIn, gets shared on Facebook, is heard on the morning news shows, and appears anywhere else a business person is likely to be found. Experts give us 10 Ways, 7 Tips, Best Advice, and 12 Things to Know about being a Great Leader. Sometimes the advice is good but often it’s superficial. Sometimes it’s pedestrian at best or even way off base. But after a while the articles grow repetitive, even tedious. 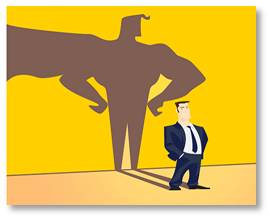 The Value of Followers

Followers just want to feel like they have worked hard, earned their salaries, and perhaps made a difference to someone. They are great staff and team members. They provide valuable services and have good ideas. They come in early and work late, doing the staff work that Great Leaders need. They don’t make problems or cause ripples in the organization. They are the people who follow Great Leaders eagerly and gladly, grateful to have found someone who can inspire, motivate, and reward them.

Followers are gold. They are the backbone of any corporation. And we ignore them. Why? Well, they’re not glamorous and the people who aspire to be Great Leaders don’t want to emulate someone who isn’t visibly successful. After all, Followers don’t have big corner offices, giant salaries, huge bonuses and stock option grants. They don’t wear Tom Ford (or St. John) suits, drive a Mercedes Maybach, or have a house on St. Lucia and another in Vail—which they fly to in their private jet. Glamorous women don’t fall all over them or their husband doesn’t run a wildly successful Silicon Valley startup. 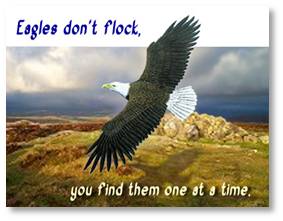 We admire Great Leaders. After all, who would not want the things I’ve just mentioned?  But no leader could be great—or even lead at all—without followers. It’s a symbiotic relationship. We compare leaders to eagles but eagles fly alone. Sure, eagles don’t flock but that means they don’t have to take care of anyone but themselves. They don’t have to be concerned about the safety, wellbeing, or even survival of another living creature. Eagles are not leaders, they are predators.

Eagles also have no administrative assistants, personal aides, senior staff, legal teams, marketing departments, public relations pros, management consultants or flunkies to fetch what they need and carry out their orders. Of course, they don’t need them as they only feed themselves.

And here’s another thing. Every Great Leader is a follower sometimes. CEOs report to the Board of Directors. Someone on the board would become a follower if needed by the President of the United States. And the President—if he or she is smart—listens to the will of the people. A CEO who takes a management course or a yoga class is a follower. A Great Leader who has a personal trainer, who learns who to cook French cuisine, who engages a sailing instructor, or who goes on a back country wilderness tour is a follower. 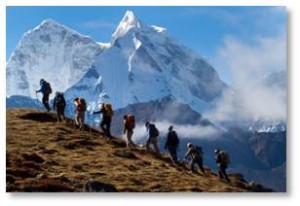 But are millions of words written about how to be a great follower? Well, there are a few but they are usually couched in terms of how being a good follower can make you a Great Leader. It’s just the other side of the same coin.

One irony, though, is that most of the people writing these adulatory articles and books about Great Leaders are themselves Followers. By writing, they get to bask in the reflected glory of the Great Leader and pander to the profitable market of Great Leader wannabes.

Another irony is that the business eagles we so admire actually care as much about the Followers who support them as that eagle does for the fish he just hooked out of the lake. They can get up on a stage and engage you with their visionary rhetoric or inspirational ideas but they might not actually want to meet you. If you knew more about them, you might actually not want to meet them, either.

Where do you fit on this scale? Are you leader or follower, eagle or fish? Are you a productive Follower now or do you aspire to be a Great Leader?