The Greatest Generation is a term coined by journalist Tom Brokaw to describe the generation who grew up during the Great Depression. 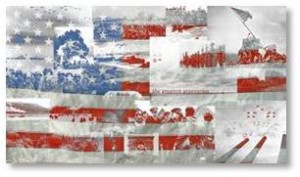 These were hard times; the men and women born into them developed strong values that were forged in poverty.  When it ended the American economy was rebuilt by people who believed it could be done and then did it.  This is my Mom and Dad’s generation.

Born in the early twenties, my parents had very little. My Dad is one of thirteen children, my mother one of seven.  They knew at an early age what they became—what they made of their lives—was up to them.  My parents earned college degrees, served as Army officers in World War II and the Korean War and married in their thirties. My dad was career military, my mother a nurse forced to resign her commission when she had children.  Back in the day those were the rules.

Much has been written about this group of people, but the two that raised me provided life lessons that are worth bragging about. I’d be lying if I said this learning and the appreciation for it arrived when I was young.  Not even close.

I admired my Mom. She raised five kids in the traditional fifties and sixties model.  Dad went to work; she stayed home and ran the house.  The twist is “the house” changed every three years with dad’s military assignments. We were nomads.  Mom was the glue that held us together; the military owned my dad. She was guilty of using the phrase “wait till your father gets home” as leverage. It worked.

I never knew or understood him as well as my mom.  She passed away 13 years ago and after her death, my Dad and I began a new relationship.

At 94, my Dad has lived a remarkable life and I have gotten to know a different side of him. Less as my parent (you might say the child has become father to the man) and more as the man who would become my parent.

On his last birthday, my sister and I video-taped a series of ‘interviews’ with Dad.   She asked him to tell stories of his childhood and how he and my mother met.  We recorded the night he landed on Omaha Beach, and how he slept in a foxhole with his socks under his arms in an attempt dry them out.  Story upon story unfolded with clarity, detail and even humor.  Not all of them were good ones.  When asked to talk about Korea and the battle of the Pusan Perimeter he closed his eyes and said he could not.  Sixty four years have passed, and he still cannot speak of it.

He talked about what it was like to raise five kids—what he’d do differently and what he thought he’d done well. As he talked I realized that although we were a large part of his life, we were not all of it. The things he did well are reflected in the values I have today; the ones used to raise our children. They shaped him long before I was born.

Lessons from my Dad 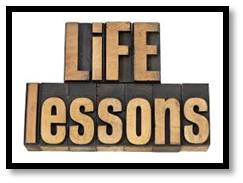 My Dad was a take-no-prisoners father.  He did not tolerate behavior that seems acceptable today and was a harsh task master.  We did what we were told.  We ate what was put on our plates, we did not talk back, and we did not get everything we asked for.

Expectations were clear, and harsh reminders came when we fell short.  He made me get a job and learn to save money.  He taught me the value of knowledge and education, the joy of books, valuing differences (we are all foreign to someone) and the law of unintended consequences.

Dad made us go to church—the hard-bottomed chair of the Catholic Church—but I stopped as soon as I left home. Years later I realized something was missing and found a set of beliefs to call my own.  He taught me everyone needs a set of guiding principles, something solid to believe in. He led by example.

But there are other things he deserves credit for. Life Lessons as only my Dad could teach them.  Here are five of my favorites.

Figure it out:  I got direction and encouragement, but never a free ride.  When I needed help he pointed to a dictionary or encyclopedia (the Google of the sixties) and I found it on my own.  I learned the value of checking my facts, how to think for myself and the importance of completing a task to the best of my abilities. 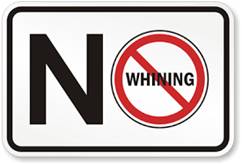 Stop Whining: Whining was not tolerated.  I learned to present rational arguments with supporting evidence and conviction.  I hardly ever won.  I understood life would not always go my way and how to deal with disappointment.  I practiced the art of debate and compromise.  I learned when to keep my mouth shut.  This one had a parallel universe called, “I don’t want to hear it”.

Make the Best of it: The odds were not always in my favor.  When I didn’t like an outcome or the hand I’d been dealt, he taught me to work with what I had.  I learned to be creative, speak up, remove boundaries, and accept no for an answer.  I learned to suck it up.

The Law of Unintended Consequences:  My personal favorite.  Usually the result of a bad decision and the indefensible “what the hell were you thinking?”  He made sure I understood accountability and responsibility and for every action there is a reaction.

What do you think the poor children are eating?  My Dad knew what poor children ate. He had lived through it; saw it in two wars and knew what nothing looks like on a plate. He donates to a local food pantry every month and appreciates every meal. He taught me to be grateful and generous.  I also became a very good cook.