My Dad and I are sipping bootleg coffee in his small assisted living department. We are both early risers—like 5 a.m. early—and the dining room doesn’t open until 7.  Electrical appliances are not permitted, but he has a small Keurig coffee machine and the staff looks the other way. 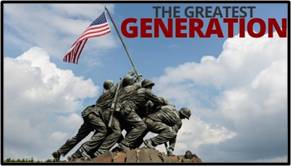 He’s drinking Donut Shop and I have French Roast. We are talking about the past, which Dad remembers like it was yesterday. Today he is telling me stories about World War II and what it felt like to enlist in the US Army at the age of 19.

Dad will turn 97 this year and it occurs to me when he is no longer here his stories will die with him. These storytellers, the men and women of The Greatest Generation, are almost gone. Their first-hand accounts of history will only be found in books with photos and statistics. There will be no more first-hand accounts.

My Dad was born a decade before the worst worldwide economic depression of the twentieth century, beginning in 1929 and lasting until the late 1930s. He is the 9th of 13 children and it was a hard life. 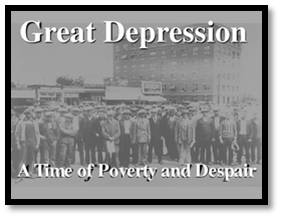 At the end of high school he entered the military. His rationale was based on what everyone feared—war. The United States was caught between The Great Depression and the volatility and unrest in Europe and the Pacific. It was better to enlist than wait for the draft. He thought it would be in and out and instead had a military career that spanned 33 years.

We talk about the beginning.  His memory is razor sharp. Seventy-five years ago on Dec. 7, 1941, the Japanese took the US by surprise (even though there were warning signs) in an attack on Pearl Harbor in Honolulu Hawaii. 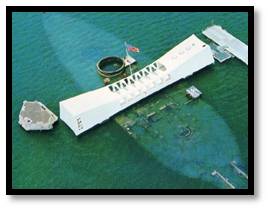 The base was attacked by 353 Imperial Japanese fighter bombers and torpedo planes launched from six aircraft carriers. All eight U.S. Navy battleships in the harbor were damaged and four were sunk. All but the USS Arizona were raised. A total of 188 U.S. aircraft were destroyed; 2,403 Americans were killed and 1,178 were wounded.

Dad was called to serve overseas.

Today he is telling me about Omaha Beach. It is not really a beach, but the code name for one of the five sectors in Normandy that the Allies targeted for invasion.

Dad served in the 29th Infantry Division. He landed three days after the first attack and believes that is why he is alive today. Of the 12,020 men of the division only 6,800 were experienced combat troops and during the invasion 2,499 American lives were lost. According to historical records over 425,000 Allied and German troops were killed, wounded or went missing during the Battle of Normandy.

When I ask what he remembers, he tells me about meeting his brother John on the beach and how wet his socks were. Soldiers slept standing up in trenches with their socks under their arms hoping to dry them out. I ask if he was afraid and he says “there was no other way to be.”

Several days after he arrived their unit was running out of ammunition and food, and his commanding officer sent him for reinforcements. He made his way in the dark until he felt a bayonet at his neck and heard an American soldier ordering him to halt and identify himself. Dad says “I couldn’t see him, but I knew that voice, it was my brother John. Neither of us knew the other was there.”

Soldiers and Sacrifices in the Greatest Generation

There is no such thing as a just war.  History would like us to remember World War II as a “good war”—one that stands apart from Vietnam or Korea, Iraq Afghanistan, Panama or Grenada. It was billed as the “war to end all wars” but for men like my Dad it is remembered as a tragic by-product of men driven by power, greed and revenge.

The sailors stationed in Pearl Harbor and the soldiers of the D-Day invasion put their lives on the line because they felt the war was just. They believed they were fighting “for God and Country.”  Dad tells me he wasn’t sure what he was fighting for.

When the Japanese bombed Pearl Harbor on Dec. 7, 1941, this generation volunteered by the hundreds of thousands to fight in what became known as World War II. They are called The Greatest Generation, a label bestowed by Tom Brokaw in his book of the same name.

Brokaw praises them as “a generation of towering achievement and modest demeanor, a legacy of their formative years when they were participants in and witness to sacrifices of the highest order.”  The surviving soldiers, including my Dad, do not see themselves as heroes.

My father is incredibly humble about his career and his accomplishments. When World War II ended he had a five-year reprieve then went on to fight in the Korean War. This he will not talk about; at least not today.

When the war was over, the US government offered free college tuition to the returning soldiers. Dad earned his undergraduate degree and three master’s degrees. He has never wavered in support of his country or pride in the uniform he wore. 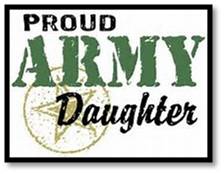 The dining room is getting ready to open; Dad is dressed and ready to go. He is wearing a tweed jacket with his French Legion of Honor pin on the lapel; walking with only a cane. His is proud and dignified. I am honored to be his daughter.

I stay behind to work on my blog post. I have shown him the blog site and explain that I contribute a post once a week.  He asks what I am writing about and I say I don’t really know.  After he leaves, I suddenly realize I do.