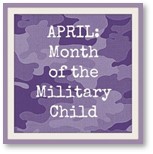 BRAT is the acronym to describe people like me. As a child of parents serving in the armed forces, we were Being Relocated All (the) Time. At least, I grew up believing that’s what it meant.

The term originates in the British Army. When a member of the British military deployed with permission for family accompaniment, the family’s designation became British Regiment Attached Traveler. Over time, it referred only to the children and eventually became a worldwide acronym.

April is the month of the military child, an opportunity to recognize and reflect on the unique life military children live. It is not an easy way to grow up; we don’t choose this journey nor can we opt out of it. For better or worse, it makes us who we are.

That’s how a military child answers the question, “Where are you from?”  You grow up without roots; home becomes Dad’s current duty station, changing every three years. The departing duty station becomes the place you are from—everyone understands that.

Housing came with the job, and during the early part of Dad’s career, the homes were furnished. We had furniture, but it spent a lot of time in storage. When and if it shipped to a new location, Dad filed a claim for damages and loss. When my parents retired, I helped unpack items I had not seen in thirty-five years.

The option to live ‘off base’ in the civilian community meant larger accommodation choices for a family of seven. Dad always opted for the local neighborhood and we learned bus and trains schedules in a foreign language. Nobody had a car. A European driver’s license was available at 21, but drivers under 25 paid high insurance premiums and nobody’s parents ponied up.

During my childhood, dad was the soldier, but today’s BRAT children can have both parents on active duty. Mom was an Army captain and neo-natal nurse. Military regulations did not allow women on active duty once they had children. When I arrived, Mom resigned her commission. She became a full-time Army wife and mother, following my Dad for the next thirty-three years.

Growing up in a military family demands personal sacrifice: spouses and children play second fiddle to the uniform. The Army owned my Dad 24 hours a day, seven days a week. He was often gone, and mom shouldered the majority of the parenting.

A military parent sees things in black or white, without nuances or shades of gray. Children learn people are either friends or enemies, good or bad. Army life is regimented and rigid out of necessity, creating efficiency through a chain of command trained to give and obey orders. Military kids understand and accept this model.

Family separations and reunions are a way of life. A hardship deployment means the family stays behind, and in my case, it was my Dad who headed to Korea for 13 months.  Mom traveled to her childhood home in Wisconsin with five kids and did her best.

I loved being near my Grandparents, but hated the rural school full of kids who grew up next door to each other. I did not fit in. I resented and envied their life of stability and familiarity, a stark contrast to our nomadic life.

During that year, I did everything humanly possible to make my mother’s life miserable. I resented my dad for leaving and resented him when he came back. Reintegration is difficult; the return of a deployed parent is often harder than their departure. For me, it meant another move, this time to the NATO headquarters in Belgium.

Dad’s tour in Korea was non-combat. In an armed conflict deployment, soldiers experience conditions families struggle to understand. Families adapt to life without them, and adapt again, when they return. Some soldiers never return the same. Military spouses and dependents live with this reality every single day.  Many suffer from PTSD and the realization that life, and their family, continued without them.

What Makes Us Different 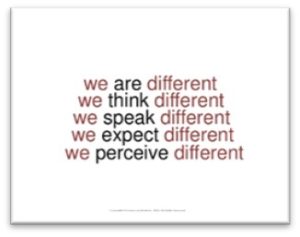 What makes us different also make us strong. A military child grows into a resilient and patriotic adult, taught to bend rather than break. We accept the unexpected and embrace differences. Military child transcends race, religion, age, branch of service, and parental rank, placing us in a unique subculture that builds lifelong friendships. We become one another’s family.

However, there is emerging evidence suggesting military children struggle with more mental health and behavioral problems than kids who grew up in the stability of a civilian world. I wonder, is this the price of transitioning from one life into another and finding you are unable to do so? We stop being military children on paper, but the reality is we are who we are.

The average military child changes schools six to nine times by high school graduation. At eighteen, we find ourselves living away from home, visiting during semester breaks and holidays, navigating the line between military and civilian worlds. 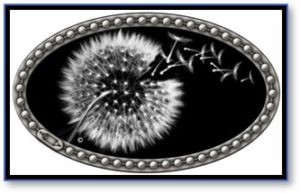 Military children like me—baby boomers of the post-war era—share a unique BRAT heritage. Two excellent resources that chronicle our story are: Military Brats: Legacies of Childhood Inside the Fortress by Mary Edwards Wertsch and the 2006 film BRATS – Our Journey Home, directed by Donna Musil.

The symbol of the military child is the dandelion. Our home is nowhere; our friends are everywhere. We are “Children of the world, blown to all corners of the world, we bloom anywhere!”