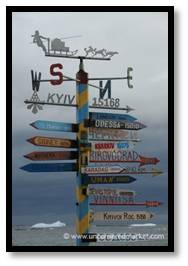 I have been asked this question all my life. I can answer by telling you where I was born and where I have lived, but there is no place I am from. There is no home town; no familial anchors pulling me back to a place called home. It’s a simple enough question, but when people ask I struggle with the answer.

Do they want to know where I was born? Where I grew up? Where I live now? Where I spent the most years of my life? The idea of a hometown culture is foreign to me. Every place I have lived has been my home, but I am not “from” any of them. Or maybe I am from all of them.

I have been asked this question so often you’d think I have a response that rolls off my tongue with confidence and ease. Instead I take a deep breath and wonder how and where to begin.

At the core of this question is a desire to understand the geographic influences that shape us.  Knowing where we are from helps determine who we are.   It provides a common ground for us to talk about good restaurants, famous historic sites, and the weather.  I might even know someone you know. It’s a conversation starter and neutral enough to elicit interesting and safe answers…unless you are me.

We Are all Foreign to Someone 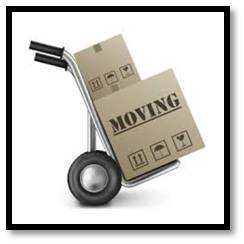 Growing up in a military family that segued into the Foreign Service is a nomadic life. My siblings and I were born in different countries.  Moving was something that happened every few years and meant we would live in a new house in a new country and make new friends.  My Dad reminded us often that when we were not in the United States, we were the foreigners.  Our exposure to this diversity gave me a love of other cultures, languages and food that continues to this day.  I work in a global industry, traveling and working in foreign countries.  My passports have extra pages and visas from countries that no longer grant them.  Each of these locations remained within me long after I departed. They embody wonderful memories, friendships and experiences.  I am from them.

Questions about where I’m from are easiest to answer when I’m outside of the United States. The best answer is “I’m American,” although people often ask for specifics of a state or city. A surprising number of people do not have a sense of the size and cultural diversity of the United Sates. Some have a very narrow or specific view of us. I lived in England for four years and a department store clerk, upon learning I was American, asked if I had ever met Elvis Presley. When I said no, she then asked if lived near Disney World.

According to the US Census Bureau, a typical American will move 12 times during his or her life. In fact, Americans, Australians, Canadians and the British tend to move more frequently than residents of other countries. We live and communicate in a mobile world and attach meaning to which state or country we are from since there is a strong likelihood we are no longer there.

When we talk about ourselves we start with where we grew up; it’s literally where we began. It’s one of the first questions asked when you meet someone new. As a conversation starter it establishes a base to build upon. I envy people that answer this question with ease. Home-town roots are not part of my vocabulary and I admit to occasionally wishing for them. I did not grow up with extended family nearby. Visits with my grandparents happened in intervals of years. Holiday dinners were not made up of aunts, uncles and cousins, but diverse groups of Americans far away from their homes.

Over time I have come to appreciate the many places I have lived. The heritage of my grandparents and parents is reflected in me, and world cultures have influenced and shaped me. I felt anchored in each place I lived and called all of them my home. When we moved, I became “from” the place we had just left.

Where  Does “From” Mean?

In my blog post The Ties That Bind Us I reflect on my father’s military transfer to SHAPE Belgium; an experience that helped define me. I tell people I went to school in Belgium and what often follows is the comment that I have no accent and don’t look “Belgian”. They ask if my parents are American. In all this talk about living and being from places it’s interesting to see how people attempt define someone like me. I have lived in so many places that I can’t single out just one yet the expectation is that I must be from “from” someplace. How hard can that be?

Where one is from and where one calls home–while the same for some–are very different concepts. To me, it is less about origin and more about the way life evolves. The cities and countries I have called home define me in different and deeper ways than a single point of reference. A small part of each place lives inside of me and is reflected in the person I am today. I am from each of these experiences.

I will never find an easy or short answer to the question “Where are you from?” but in my heart I know where I’m from.