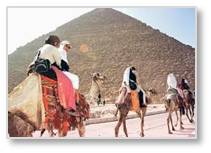 Tourism Before the Revolution

We tend to listen to news stories about violence in other parts of the world only in terms of the attacks, uprisings, battles, demonstrations, protests or guerrilla warfare. Pundits opine about regime change and political trends. But in countries where tourism is an important part of the economy, violence of any kind may cause economic catastrophe. Tourists don’t spend their money to visit countries where they may be shot, raped, or robbed.

Egypt and the Arab Spring

Egypt has had a thriving tourism industry since the nineteenth century as people learned about the great monuments along the Nile and then flocked to see them. Members of the English and French aristocracies have been including Egypt on their grand tours for centuries. All that skidded to an abrupt stop in 2011.While the Arab Spring demonstrations and subsequent regime change have had an enormous impact on the country’s government, they have wreaked havoc with tourism’s infusion of cash into the Egyptian economy. 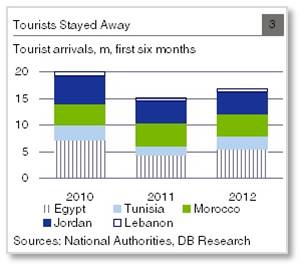 As early as June of 2011, Peter Kenyon reported this on NPR in a segment called, “Arab Spring Leaves Egypt In An Economic Slump.” Tourists cancelled their plans to visit the Great Pyramid and the Valley of the Kings and did not return as the protests and unrest continued. The result: inflation jumped to more than 11% in March, foreign investment skidded to a halt, and the country’s stock market lost nearly a quarter of its value.Tourism accounts for between 5% and 8% of Egypt’s gross domestic product. In February of this year, Consensus Economics wrote “Arab Spring 2013: Two Years of Arab Spring,” which noted the sharp decline in tourism as one of the most immediate effects of the revolution. The report says the number of tourist arrivals in Egypt declined 40%. Although tourism recovered somewhat in 2012, it “remained way below pre-revolution levels.”But that’s just economics.

Bad for the Fellahin

The reality for the fellahin on the street is much worse. Tour guides, donkey handlers, sellers of antiquities and souvenirs, artisans, hotel workers, restaurant owners, street vendors, camel wranglers and other ordinary folk go without work. In Luxor, hotel occupancy rates are at less than 5%.  Men struggle to make ends meet: they can’t support their families and their children are going hungry. Mr. Kenyon quotes a military ruler as saying that if things don’t change, “more than two-thirds of the population could wind up in poverty in the short term.” That was two years ago.Well, not much has changed. About.com Middle East Issues says that “ongoing unrest deters investors and scares off foreign tourists.” It adds that, “Removing corrupt dictators was a positive step for the future, but ordinary people remain a long time away from seeing tangible improvements to their economic opportunities.” 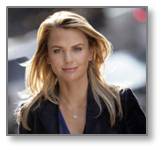 The irony is that high unemployment contributed to the uprisings in Egypt but the violence has only served to increase the unemployment. Travel advisories like those in force that recommend against “all non-essential travel” in Egypt turn off both commercial tours and individual travelers. Vacations are funded with discretionary income, after all, and people have the discretion to spend their money where they won’t have to worry about attacks like the one that happened to Lara Logan of 60 Minutes when she was covering the demonstrations in Tahrir Square.Revolutions don’t change things without a price. Not everyone agrees with the revolution. Not everyone agrees to pay the price. Most people on the street probably don’t even understand the price. But a lot of innocent people can have their lives destroyed when violence frightens away the people upon whom their livelihood depends.Tomorrow I’ll continue with a more recent—and much more brutal—attack that is devastating adventure tourism in the mountains of Pakistan.