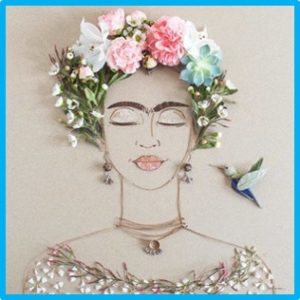 We celebrated the solstice, also known as the longest day of the year, and the sun began its slow trajectory towards shorter days and colder nights. But for now, we revel in warm days, shoes without socks, outdoor grilling and the hope that everything is going to be fine.

Despite these simple joys, America is not ok. We have been rocked by news and film footage that makes us forget to breathe; we have become a divided country at war with each other over the human condition. Our uniforms are red and blue and our compassion for one another is reduced to political party rhetoric.

The US has never been afraid to disagree. Democracy is the structure our founding fathers created as a system that encouraged “differences of opinion, and the jarring of parties.” What we have now is not what they intended. Americans need to learn how to talk to each other again. 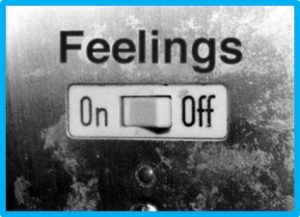 Empathy where have you gone? Children taken from their parents and kept in cage-like living conditions is not normal.

Sheltering migrant children in a former Wal Mart is an example of the federal government’s attempt to accommodate a flood of young people who have been illegally crossing the U.S. border without an accompanying parent.

The Justice Department can’t prosecute children along with their parents, so the zero-tolerance policy (implemented by choice) means 2,000 immigrant children were separated from parents during April and May and held in detention centers.

And just so we’re all on the same page, there is no law that says migrant children must be taken away from their parents at the border.  It is inhumane, and we must find a better way.

Pubic Shaming of White House officials has become the new trend. Restaurant owners justify their actions, claiming they have a right to single these individuals out for their support of the president’s policies.

Each of us must accept the consequences for professional and personal choices but where does one draw the line? The only thing these retailers accomplished was making the occupant of the Oval Office and his staff look like victims.

The Supreme Court is Hiring. President Trump hasn’t nominated a replacement for Supreme Court Justice Anthony Kennedy, but the fight over confirming him began the minute he announced his retirement. Appointments to the Supreme Court bench are good for a lifetime and nominees are almost always confirmed.

Anthony Bourdain combined humanity, adventure and a love of international cuisine into a career most of us only dream of; bringing people together over food. Gone too soon.

Summer food is different. Fresh fruits and vegetables invite us to eat healthier. We fire up the BBQ and outdoor living takes center stage. Food in season is better for you and its easy to get down to basics with lighter, favor-filled fare. Find a local farm stand or market and take advantage of summer’s bounty.

Spiralized hot dogs are a thing. Before you left-swipe this trend, give it a try. Spiraled gr

ooves made in the dog before it’s grilled produce lots of crispy edges and places to hold the condiments. Not going back.

Our family has a summer favorite we call Hobo Packets. It’s a no-rules one-dish meal wrapped in foil and cooked on the grill. Everyone makes their own packet with a buffet selection of ingredients and puts their initial on the foil with a marker. We add a spoonful of water before we close it up: It helps the vegetables cook and creates some nice juices.

Minnesotans call a casserole a hot dish and my love of Tater Tots in this recipe overcomes my reluctance to cook with canned soup. It’s a go-to pot-luck offering when I visit mid-west relatives. Another option is to make them with zucchini when you’re wondering how to use them up. 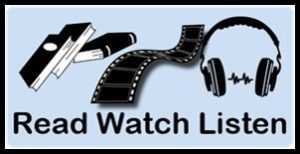 I picked up  Reconstructing Amelia  by Kimberly McCreigh during a visit with my Dad. The story unfolds with alternating points of view by 15-year-old Amelia and her mom, Kate. It begins with Amelia’s death, and Kate’s slow realization that she did not commit suicide. In her search for the truth she discovers a daughter she did not know and wonders what she could have done differently. The writer casts a harsh light on bullying, secret clubs, and bad girls.

Black Panther had me from the minute I sat down to watch it. I’m a bit late to this one, but I really enjoyed the fantasy. Strong women always impress me, but a movie that gives it over to strong black women (and men) is long overdue. Wakanda forever!

Instrumentalists often get short changed in millennial music, but they are a staple of my upbringing. It’s the perfect music for summer nights.

Stay strong America; look inside yourself and resolve to do better. This is not who we are. It’s time to make America whole again.