The Next Phase Blog usually stays away from political issues but, darn, it’s hard to avoid commenting on this week’s Speaker of the House debacle. Of course, it’s fundamentally a political event but it also brought out the tongue-in-cheek creativity that so often appears on social media. 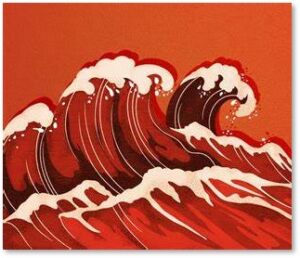 The late-night comedians had some good perspectives. Jon Stewart says, “This is the best season of C-Span ever.” Jimmy Fallon says, “But this is interesting—according to the Constitution, if they don’t have a speaker by tomorrow, the top contenders have to compete in a dance-off.” And Seth Myers concluded, “You guys can’t even have a red wave amongst yourselves.” 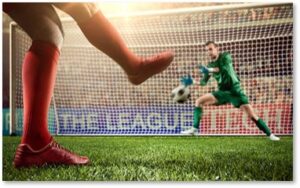 Many people have come up with ideas for how the Republicans could succeed in their efforts to elect a Speaker of the House.

Sports ideas predominate, as expected, with references to the football playoffs appearing frequently. What combination of wins and losses would allow the various Republican factions to come together on a candidate they all like? That depends, of course, on whether such a candidate exists.

Political Analyst Jon Ralson used soccer when he Tweeted: “Can’t wait to see this go to penalty kicks tomorrow on the House floor.” To which Chris Bender replied, “Don’t like Kevin’s chances if this goes to PKs. Gaetz has been spending a lot of time watching JV girls soccer teams.”

I have my own suggestions that would resolve the conflicts among the four ideological groups as described by Political Analyst Gabe Guidarini:

I could go on but I don’t watch many reality TV shows. Twitter and Facebook are full of them, though. 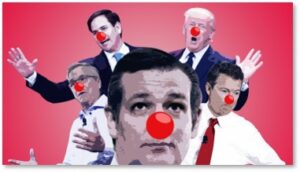 The jokes and suggestions are crowding social media, followed only by commentary on what a sad state of affairs this is. Even Fox News’s Sean Hannity called it a “clown show.” Pundits, editors, and news anchors all over the country and overseas are pondering how America could have sunk so low.

But really, folks, who can be surprised?

This is what happens when you elect people to run the government who don’t believe the government should run. The disarray, disunion, and dissention are not an unfortunate side-effect; they’re the point. Usually, however, the Republicans elect a speaker before they begin obstructing, dismantling, and shutting down the United States government.

This year, they started early.