I have done a lot of reading, listening and thinking over the past week. Susanne will be back tomorrow. Today I’m breaking my rule against political posts and offer my opinions.

Because I live in the thoroughly blue state of Massachusetts I am surrounded by people who, like me, have been walking around in a state of shock since the 2016 election. They blame Donald Trump’s win on bigotry, racism and hatred. (This faction driving Trump’s victory does exist and I do not minimize it.) On the other hand, I have good friends and relatives who are not bigots, haters or racists who voted solid red.

Once again a presidential candidate lost sight of James Carville’s immortal comment, “It’s the economy, stupid.” Not the economy as a whole—that has grown steadily under President Obama despite the sustained opposition of Republicans in Congress. No, it’s the economy in states and regions that have suffered as jobs moved overseas. Despite Mr. Trump’s promises, I doubt those jobs will ever return. But that does not excuse how the declared party of the working class ignored the anger and fear of people who have seen the American dream and their way of life vanish. 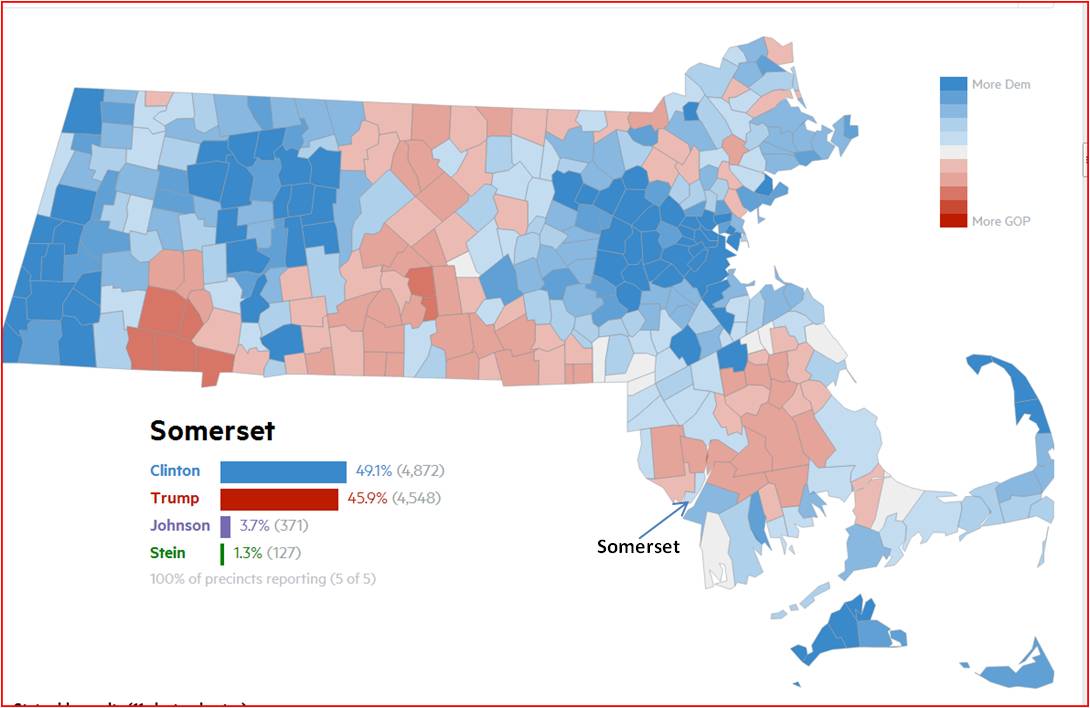 When the Mills Moved South

I understand this because I grew up in Somerset on the South Coast of Massachusetts. In this region the jobs went away long ago and stayed gone for a long time. As I have written before, the textile mills that drove prosperity in 19th-century New England moved south in the 1920s. Market forces drove them to get closer to the supply of raw cotton and to exploit a workforce that wasn’t demanding higher wages and union protection.

The folks in the south didn’t feel bad for the Yankees who got thrown out of work—any more than Mexicans feel sorry for Southerners now when the jobs move across the border.

When that kind of economic devastation happens, the people in the affected area do a couple of things. The smart ones get out. Those who can handle risk look around for pockets of opportunity and relocate. Two of my uncles picked up and moved to California to work in the booming aerospace industry.

Do You Stay When the Economy Falls Apart?

The risk-averse ones stay and hang on while waiting for better days to return. My father had a steady job manufacturing electricity so he stayed. But as I grew up in the depressed area around Fall River and New Bedford, I learned two things:

No one in the State House or in Washington did a thing to help the many regions of Massachusetts that fell into decline after the textile mills emptied. That left a lot of people out of the high tech recovery that pulled other parts of the state up and into prosperity. Now, people who did not grow up around cities like Fall River, New Bedford, Lowell, Lawrence, and Haverhill don’t understand this. For those who did, it should come as no surprise that many communities south of Brockton went for Donald Trump, along with a huge swatch of Central Massachusetts.

The Parable of the Sewing Machines

This story explains the mindset that prevails in communities where there are few jobs, little opportunity for advancement, and a lot of fear. By the time I was in high school, small businesses had taken space in some of the old textile mills. I had summer jobs in several of them, doing grunt work like packing cookies and boxing Christmas cards. One job involved sewing zippers onto three-sided leather document portfolios. (This amazes people who know how much I hate sewing.) 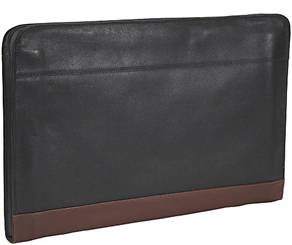 The company had about 20 women sitting at sewing machines and attaching zippers. Against the far wall lay pallets of the flat leather pieces onto which the zippers would be sewn. We all understood that when those stacks were gone—when all the portfolios had been sewn—we would be laid off. No one questioned it. That was just the way things were.

Day after day we worked and watched the stacks dwindle with a sense of dread. I had a better situation than most of the workers because I was in high school and my parents put a roof over my head and food on the table. For many others, however, this constituted survival work and it was just temporary.

Fortunately, left before the end. A family friend got me into an office job and I moved on to work that was more suited to my abilities. I am sure that the other women heaved a sigh of relief when I left because that meant the stack would last a little longer.

Fighting One Another for Jobs

When the supply of jobs in an area becomes as finite as those leather pieces, people fight over them—and they fight one another. They aren’t haters and bigots; they just want to support their families. It doesn’t occur to them to blame the people who own the company or the stockholders who want a bigger return on their investment.

That’s why people in formerly blue states turned on the people they perceived had taken their jobs: Mexicans, Chinese, blacks and women. But this creates a circular firing squad. They really need to aim at the CEOs with multi-million-dollar annual salaries, the expensive management teams, the more expense management consultants, and the stock analysts who keep demanding higher and higher stock prices to meet unrealistic expectations. 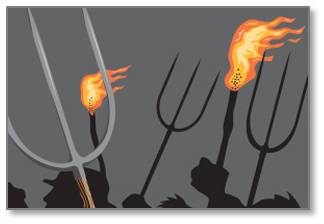 But those workers don’t know and will never meet the people who have actually decided that their lives will change forever, and not for the better.

How many workers at Carrier, the latest company to dump its American workforce and head to Mexico, have met CEO Gregory Hayes, who received $10.8 million in total compensation last year? That money had to come from somewhere but it’s easier to blame the move on Mexicans than to march on Mr. Hayes’s house with torches and pitchforks.

Donald Trump promised to do something about Carrier—and all the other companies that have offshored their well-paying jobs. Will he actually succeed? We’ll see. One thing we know for sure is that no Democrat will stop him.

For better or for worse, the Republicans now own the promises Mr. Trump made. They will also own the reaction if they don’t keep them. But the Democrats need to wise up and spend the next two years in rust-belt states and communities all over the country. They need to understand that frightened people will choose hope even if it’s fragile and likely to be disappointed.

Tip O’Neill, former Speaker of the House, famously said “All politics is local.” And he was right. Put enough localities full of frightened angry people together and you win elections.