Today is St. Patrick’s Day and I am going throw a glass of historical cold water on the whole thing.

The latter happened because I found a package of gray corned beef at the market. I don’t buy the red corned beef because it contains sodium nitrate and sodium nitrite. Those two substances are what make corned beef red, and they make it a processed meat like hot dogs and salami. And processed meat is a big contributor to colon cancer. So I only buy the gray, when I can find it. But go ahead, have another slice.

I harbor this contrarian view of St. Patrick’s Day because, while I grew up Catholic, I’m also French Canadian and the relationship between the two nationalities was fraught with history and conflict where I grew up. That conflict created the French Canadian St. Patrick’s Day Blues. This article from Mass Moments, “Fall River Church Locks Out Priest,” explains the backstory of ethnicity, class and politics that led to an Irish priest being barred from Notre Dame de Lourdes, the French Canadian church to which the Bishop had assigned him. 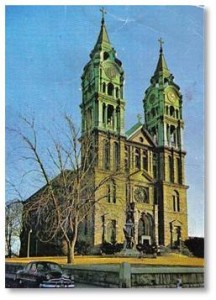 If this all seems obscure to you, that’s no surprise. But it’s the milieu in which I grew up. Somerset is just across the Taunton River from Fall River and the city’s cultural attitudes spilled over as residents earned enough to move into the more rural town.  When I was a kid, Somerset had three Catholic churches: St. Patrick’s for the Irish, St. John of God for the Portuguese and St. Louis de France for the French Canadians. And never, trust me, did parishioners move from one to another. We didn’t think about it; that’s just the way it was.

These regional oddities, alliances, and hostilities are matters of curiosity and sometimes levity to people who live outside the region. I remember telling my friends at Northeastern University (one from New Hampshire, one from Boston, two from Foxboro, MA, and one from Jamaica, NY) about the situation and being met with astonished faces and then laughter. They simply couldn’t believe that three groups with a shared religion could have such separate viewpoints and allegiances. Or that the animosities could go on for decade after decade.

As a child I had no knowledge of the labor troubles that underlay the tensions. All I knew was that St. Patrick’s Day was not celebrated in our house or our parochial school. No shamrocks and leprechauns went up on windows. No one tinted beer green. We didn’t wear green clothing. Mom did cook corned beef (gray), though. As I grew older I figured out that while the Catholics of three different nationalities fought with one another, the English Protestant mill owners and businessmen laughed all the way to the bank. Divide and conquer.

A few years ago, I realized that those 25,000 French Canadians who came south to survive in the United States were basically illegal immigrants. There was no version of Ellis Island to process them and the border between New England and the Province of Quebec is pretty long. I’m sure migrants streamed over it by night un-monitored and unchecked. I’ve done a little genealogical research on my family, which is French Canadian on both sides all the way back, and I’ve never seen an immigration certificate.

Climbing Out of the Hole 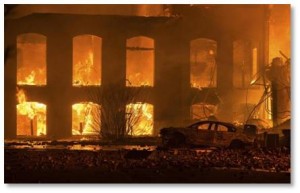 The French Canadians stayed and we prospered eventually but the area took a long time to climb out of an economic hole after the mills moved south. French Canadians opened businesses and restaurants, took jobs outside of manufacturing, went to college and moved to other parts of the country.

Now we’re just Americans like all the other immigrants who have come here one way or another. And now you know why so many of the characters in Stephen King’s novels have French Canadian names.

All those regional and national animosities are probably smoothed out by now although Fall River is still pretty much defined by its past as a textile mill city. But, all the same, I’m not wearing green on Thursday.