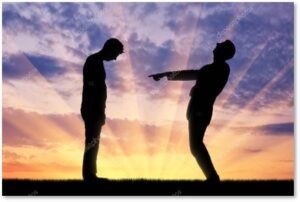 What better way to shut people up, to shut off discussion, and to shut down inquiries than to hold their subject up to ridicule?

People don’t like to be laughed at, especially in public. Even highly qualified officials and experts in a position to know will zip their lips at the threat of public humiliation and loss of reputation. The humiliation technique works so well, the U.S. government and military used it for decades to stop any discussion whatsoever about the phenomenon they now call Unidentified Aerial Phenomena. 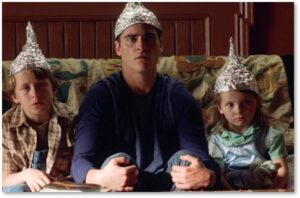 It will probably take time for people to stop snickering when the topic comes up. Years may pass before the news media take reports of Unidentified Flying Objects seriously and news anchors wipe the grins off their faces.

It has, after all, been 75 years since Kenneth Arnold, a private pilot, reported seeing nine unusual objects flying in tandem near Mount Rainier, Washington on June 24, 1947—a report that popularized the term “flying saucer” by U.S. newspapers.

That same year, the Roswell Incident focused attention on the idea of alien visitation. At first, newspaper reports took it seriously, but then the military’s denial and ridicule machine swung into high gear. They used tropes like swamp gas, weather balloons, cold fronts, mirages, reflections, and other unlikely causes to dismiss what couldn’t be identified. (Project Blue Book could not explain 700 of the 12,618 sightings it examined.)

Reports of unusual things in the sky were reported well before that time. Reports and sightings had happened all over the globe for thousands of years. But something else occurred in 1947 that seems to have piqued the attention of whatever or whoever is behind those things: We detonated two atomic bombs.

That took the population of Planet Earth from rattling sabers into the Atomic Age, virtually overnight. And somebody noticed. They began to pay more attention Sightings increased in frequency and became more visible. They have gained even more attention now that ordinary people carry smartphones that take both photos and videos and can post them to the internet in seconds. The cat got out of the bag. 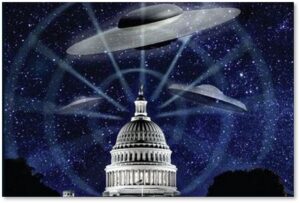 Now, after 75 years, we have finally started pulling back the veils of denial and ridicule. Publicity and a new law have forced the military to finally take UAPs seriously as potential security threat.

Do you think they make these names so long and unintelligible on purpose?
Just a thought.

But don’t kid yourself. Without two incentives, the committee would not exist, the hearings would not be going on, and we would still be all in the dark, consigned to more years of ridicule and secrecy.

“UAP reports have been around for decades,” said Rep. Adam Schiff (D-CA). “And yet we haven’t had an orderly way for them to be reported and investigated.” Well, that’s only partly true. We have not had that process since Project Blue Book was disbanded in 1969. Investigations over the last 75 years include:

The military has spent a lot of official time and money spent on something they and the U.S. government have claimed doesn’t exist.

Imagine saying, “Nothing lives under the bed and only gullible people think there is a monster under the bed. But we have men—top men—investigating the space under the bed for any possible activity and have been for decades. Also, don’t even think of looking in the closet: that space, my friends, is classified.”

Will this committee have different results? After all, its very existence depends on a couple of leaked military videos and an obscure section of the Defense Department budget that was sneaked in by Senator Marco Rubio. And you won’t find much information about it on the TV news shows. 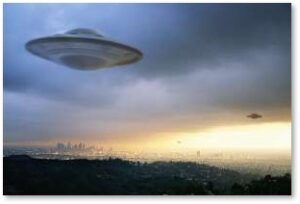 Even now, if you search on “Congressional committee on UAPs,” a pretty anodyne description, the first page will show news from only one major outlet—Fox News. The rest have decided to be very, very careful what they say—if they mention it at all.

But we know this committee exists. it doesn’t operate behind closed doors. We can watch the hearings live. That makes it very different from the previous top-secret committees, hearings, and reviews. Somewhere in there, among all the words, photos, videos, radar screens, and recordings, we may actually discover the reason why the veil of secrecy, enforced by ridicule, has been in place for so long.