My recent blog posts about food—and a recent Bon Appetit article on Snacks You Thought Were Healthy But Aren’t got me started on a list of all the foods we used to eat with gusto but don’t consume any more. 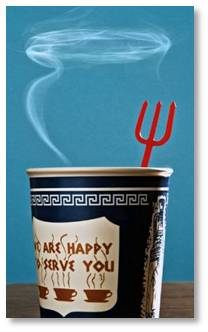 The science of food changes over time, of course, as does our understanding of it. This can be confusing. What was deadly yesterday may be promoted as essential to good health tomorrow. Some experts can, at the same time, take diametrically opposed positions. For example, is caffeine good or bad for you? This scientific confusion has been going on for a while: Woody Allen used it for laughs way back in 1973 with his movie Sleeper. In it, two doctors talk about what constitutes health food in the future.  The conversation is both funny and prescient.

Our recent trip to New York also caused us to confront some foods that we used to love but don’t even consider these days because they contain ingredients, like sodium nitrite, that contribute to cancer. While sodium nitrite makes meat look and taste yummy, what it does to your insides isn’t as pretty.

I know a lot of folks don’t read labels, trusting that food and substances included in it must be good for you if the Food and Drug Administration (FDA) has approved them. I’m not that trusting. The FDA is a government agency and thus as subject to pressure and politics as any other agency. Take their approval of Aspartame, for example.

So here’s where we stand now on foods we have banned from the table. The list, in alphabetical order is, unfortunately, long. Have  We’re all responsible for our own decisions and our own bodies. My goal is simple: When my grandmother was 87 she told me that she wished she was a spring chicken of 65 again. I want to be able to say the same thing to my granddaughters when I’m 95. Getting old is not for sissies and we need all the smarts we can muster to get through it strong, upright, and in one piece.

Some of these foods will be obvious. Who doesn’t like potato chips? Who doesn’t know they’re bad for you? No one, right? Others, like tofu, are not so clear. Tofu is the go-to protein for many vegetarians, yet it’s highly processed, full of fat and salt, and has serious thyroid issues. Go figure.

I remember many of these foods fondly—they tasted so great. Despite that, we have banned them from our table. 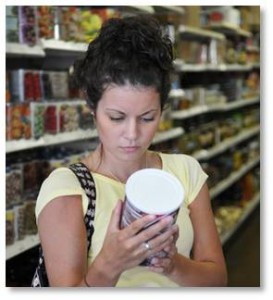 This is not me, but this is what I do.

For example, I don’t eat Red Velvet Cake because the only thing creating the required color is Red Dye #5, which is derived from coal tar. It’s implicated in ADHD, inflammation and cancer.

This may seem burdensome, but somehow we still manage to eat well. I don’t clip as many coupons, though, as most of those are for highly processed foods that are expensively marketed and over-packaged.

As I’ve said before, I read labels religiously. I only wish more people would do the same—and know what they’re putting into their bodies.