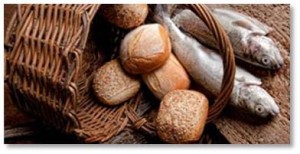 Because I am insatiably curious I always wonder why things happen as they do. So when I read Susanne’s post on the business mandate to do more with less, I started thinking about what got us to this point.

Unlike most failures—which are typically orphans—this particular fad has had a lot of misguided executive “parents” who are still clinging firmly to their faulty and abusive idea.

Let’s start with the whole “lean and mean” business craze of the eighties. As with any of the fads that periodically infect the business world, it began with a self-appointed “leader” who took the military phrase “lean, mean fighting machine” and customized it for the business world. This is the kind of image that white-collar men (and they were all men) who spend most of their time sitting in offices like to throw around so they can feel powerful by associating themselves with men who are leaner, meaner, stronger and tougher than themselves.

Next this person spread his message through books, speaking opportunities and the then-flourishing horizontal business press (Forbes, Fortune, The Wall Street Journal, Business Week). Their editors fell all over themselves opining on the wisdom of an organization that ran fast and hard because no one wants to head up a fat and lazy company. Also, you can sell a lot of newspapers, magazines, and advertising space by embracing a new trend and making your readers feel inadequate for not knowing about it.

The two predictable results were:

The mean part happened sort of organically. It took quite a long time for anyone to recover their common sense and notice that no company ever shrank its way into market dominance.

The startup mentality also played a big role. Venture-funded startup companies don’t have a lot of money to run on and they have to get the most from every dollar spent. Under those conditions, it makes sense to have each employee be as productive as possible. 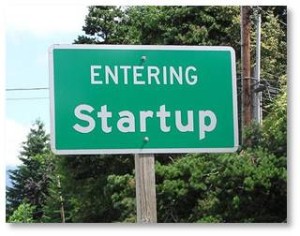 The smart founders hire experienced workers at every level from senior management on down and fill in with outside services until they can afford to hire employees. The not-so-smart ones rent space in fancy expensive buildings, buy Herman Miller office furniture, hire a lot of expensive executives who can’t do much themselves, cater their lunches, and confuse a Superbowl commercial with a marketing plan. Then they make up the difference by ordering their employees to do more with less.

In a startup everyone works hard because it is in their best interests to do so. They have a “piece of the action” through stock option grants and they want those options to be worth as much as possible so they can get their shot at the American Dream. Really smart startups give out stock options to everyone and get a fully committed workforce in return. Does this make for some abuses?  Sure. Not everyone can or will work 80-hour weeks but that doesn’t mean these folks can’t make a big difference for a small company.

Third, we have Ridiculous Executive Compensation Plans. These RECPs mean that the big money goes to the guys at the top while hard-working employees are lucky to receive a piddling cost-of-living increase. These Top Men are fully committed to making their quotas, delivering on their goals, fulfilling their objectives and otherwise meeting the terms of their contracts so they can get an enormous payout. They will pursue this plan even if it kills everyone underneath them.

Do more with less is the inevitable result. If the company is small and running on a shoestring, this seems to be the only option. It’s not really but doing more with less is easier than thinking of new and creative approaches. If the company is big and run by a CEO with a nine-figure compensation plan, everyone must work harder with less so he can have more. And more. And more. It’s a pretty simple equation.

These CEOs have no problem with under-funding essential operations, laying off people who are absolutely necessary, denying required resources to the remaining workers, forcing everyone to work 50-, 60- and 70-hour workweeks, and demanding a loyalty they are completely unwilling to reciprocate. It just seems like a good business plan to them because, well, it works for them. 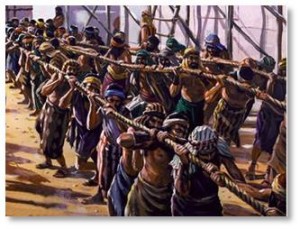 And it does work for a while. It can even work for years. A long and deep recession like the one we just lived through, can add many years to the lifespan of an abusive fad. Sooner or later, though, people wise up.

The economy improves and new jobs open up elsewhere. A new technology or industry creates an inflection point and the old monolith topples. People figure out how to live without abuse. They learn why it’s good to live without abuse. Heck, even the Israelites escaped from Pharaoh’s slave masters because wandering in the Sinai desert was better than one more day of building pyramids under the overseer’s lash.

Will the “do more with less” mantra run its course and be replaced by a new fad?  Of course. When will that happen? Who knows?  It will take someone smart, successful and charismatic to get that message across. I guess we’re still waiting for a business Moses.