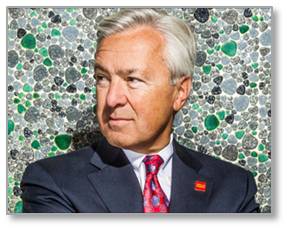 Once again a major financial institution has been caught raiding the cookie jar and its senior management is attempting to avoid blame by putting it all on the employees. According to Wells Fargo CEO John Stumpf, he tried to stop the unreliable underlings who were creating false accounts and opening new accounts for customers without their permission. Honest, he did.

None of this was approved, he says. The company never created any incentives for employees to do the wrong thing. It violates the sacred corporate culture. The blame—all of it—must and does lie with those mendacious minions at the bottom who let their greed get the better of them. Who could stop it? Certainly not him.

Caught Between Scylla and Charybdis

We have heard this sad song before from companies like the late, unlamented Enron. When someone pulls the curtain back on corporate malfeasance, the CEO and his C-level staff have only two options:

Caught between the Scylla of incompetence and the Charybdis of guilt, they almost always choose incompetence. After all, no one gets sent to jail for being an over-paid screw up.

“I’m Shocked, Shocked, I Tell You”

Mr. Stumpf claims that the pressure that drove employees into allegedly illegal sales practices had nothing to do with the Well Fargo culture. He did his best to stop it.Ya gotta believe me, folks! Yeah, sure. Think about these four points, Mr. Stumpf, while you’re coming up with more excuses: 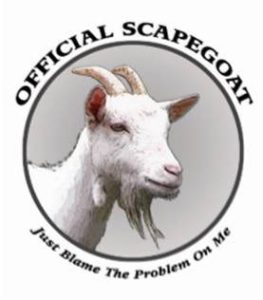 According to The Wall Street Journal, Mr. Stumpf, “initially wouldn’t comment on who was ultimately responsible for the practices.” This would be laughable if it wasn’t so pathetic. I can just see him looking around wildly for a scapegoat, someone to serve as a human shield and keep the SEC from his door. He need look no further than Carrie Tolstedt, the former head of the Consumer Banking department. When she retired in July Mr. Stumpf called her “a standard-bearer of our culture.” Hmmm.

Why is it that top-level corporate executives who are so eager to appear tough and apply “lean and mean” tactics to those in the ranks, head for the hills when any finding of fault is aimed in their direction?  They are so brave when they’re kicking down but cowards when it comes time to face the music.

Business publications tell us that these Big Men are masters of the universe, heroes of commerce, paragons of capitalism, and brilliant leaders. After all, they have to be if they’re going to be worth the megabucks they rake in. We’re disappointed enough when we learn that they have feet of clay. It‘s so much worse when they prove themselves craven as well.

Now the pièce de résistance. Wait for it: 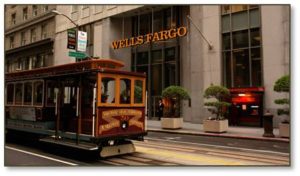 That’s right. All this notoriety, a whopping government fine, a drop in their stock price, a possible Congressional investigation, a stupendous retirement package for the culprit in charge — and all they made on the scam was $1,500,000. Banks are supposed to know how to crunch numbers but Wells Fargo did a pretty bad job with these.

Adding up the fine and golden parachute alone means they are spending almost $310 million to make a million and a half. So much for these paragons of capitalism. They can’t even steal profitably.