You can’t make bricks without straw, and most of the time all the stray you got is second hand from the cow pen.

Many of us face the challenge of working with limited or reduced resources. Smaller budgets, less time, fewer employees and increased deliverables place a physical and emotional strain on our ability to do good work.  We are asked to do more with less. We are expected to produce the same results with fewer assets and to keep at it until it’s done—no matter how long it takes. 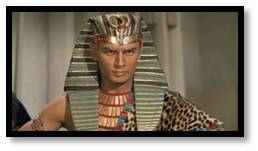 Making bricks without straw refers to a task which must be completed without sufficient resources. This phrase comes from the Old Testament (Ex. 5:13) and refers to the Israelites’ suffering as slaves in Egypt. They worked seven days a week making bricks, the standard building material, adding straw to harden and strengthen the clay. When Pharaoh discovered they were resting on the Sabbath he stopped supplying them with straw, demanding they gather it themselves and produce the same quota of bricks each day.

We have come a long way from Pharaoh’s time but one thing hasn’t changed.  Bricks made with straw are three times stronger than those without it. Straw holds the mud together, allowing the bricks to be shaped and dried. Bricks made without straw crumble and break.

I fear this analogy is lost on business leadership today. Employees are asked to increase their productivity by making more bricks; faster, cheaper and better than competitor’s bricks. It must be done without adding cost, time or more brick makers. But there is a cost, and it’s a big one.

The quality of goods and services is a reflection of this work ethic. So too are employees. The knowledge that they can and will be replaced if they can’t keep up means they accept these terms in exchange for a pay check and health benefits.   This model serves no one well.

Sixty is the New Forty

The forty-hour work week our parents knew has come and gone.  Most employees that do not punch a clock are expected to put in a fifty- to sixty-hour week, be available after hours and on weekends, and  ‘do whatever it takes’ to make the company successful.

A Gallup survey last summer found that the average work week for full-time salaried employees was 47 hours, almost the equivalent of an extra business day in a five day work week. Workers admit they feel pressured to do this and fear they are perceived as slackers if they don’t. 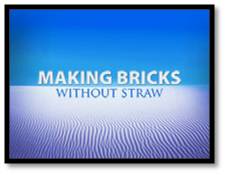 So with the additional hours, employers seem to be on the winning end of this deal—or are they? Decades of research support the belief that too many hours at work actually make an employee less productive, less creative and less healthy, not to mention the strain it places on partners and families.

A few extra hours here and there won’t push anyone over the top, and productivity will reflect the boost from employees going the extra mile for a project or program.  But when sixty becomes the new forty people and programs are at risk and invoke the law of diminished return. Burning out is bad for employers, employees and their families, and really bad for business.

So how can we get out from under this compulsion to do more with less? It’s hard to do when employees feel at risk – whether it’s a newly formed start-up, well-established company or one in turmoil. When every project becomes critical it creates artificial deadlines that nobody can meet.

The negative effects of this chaotic pace infiltrate the office work culture, most often seen in low morale. Employees begin to resent the management that places these demands on them, resulting in high turnover, burnout and poor performance.   People who take pride in their work suddenly realize that a brick without straw reflects poorly on everyone.

It’s time to stop insisting that we do more with less. We can’t. Doing less with less actually offers companies the opportunity to prioritize, get rid of work clutter and create focused results.  Activity and accomplishment are not the same thing. When you do fewer things you identify and focus on the important things. 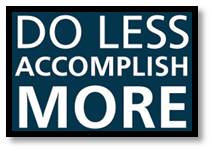 It’s easy to get sucked into the trap of busy work. It’s also easy to mistake activity for results. Working long hours is not a measure of success, especially if the result is a project going nowhere. When everything becomes a priority it’s a sure sign that nothing is a priority.

Doing less with less requires a clear and concise evaluation of what actually is a priority. When employees have a clear understanding of company direction and strategy they will understand what they need to contribute to achieve the corporate goals. Employees can accomplish less with less when you:

Just as the straw is the strength in the brick, these practices are the glue that nurtures a productive and engaged employee. A positive workplace underwrites excellence and productivity for everyone. The collective energy this creates drives a sense of accomplishment that we all want and need to feel. It’s the right way to make a brick.

3 thoughts on “Making Bricks Without Straw”