Here are updates to three posts: street harassment, diversity in the board room, and gun safety for children:

Catcalling and street harassment of women is, alas, still with us and appears to be getting worse. The most recent example is a clip of Shauna Hunt, a Canadian TV reporter, who was attempting to interview a couple of men outside of a soccer stadium when another man walked up and uttered a disgusting phrase. While it was spoken to one of the interviewees the insulting words were obviously meant for Ms. Hunt. When she calmly and professionally confronted the man’s friend—he himself disappeared in the crowd—the friend replied that  it was just a funny thing to say on camera. In fact, it was f******g hilarious.

The fact that he was being rude and disrespectful bothered him not at all. He was on camera! He was being macho! He was funny!  Yeah, not so much. Granted he was a young man and he was at a soccer match, two good reasons for acting in a crude and brainless fashion. But this happened in Canada, people! Canada! The land where folks are polite and non-confrontational. I guess that must not apply to women. 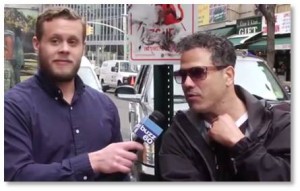 Here in the US, a New York man who was being interviewed by a Buzz 60 reporter about his behavior claimed to be totally clueless that women don’t like street harassment. “Wait a second, are you reporting that girls don’t like this?” he asks. When the reporter confirms that they don’t, he exclaims, “Get the f***k out of here!”

OK, it’s New York, where people are rude and confrontational as a matter of course. And, granted, this particular guy is probably clueless about pretty much everything. And he has probably never dated the same woman twice. (Fool me once . . . ) But, still. Do these men not have mothers? Sisters? Female cousins? Is there no woman anywhere in their lives who will smack them upside the head and tell them to grow up?

Should Male Executives Lean In?

Recently Peter Grauer and Michael Milken (yes, that Michael Milken) published an article in The Wall Street Journal on why it’s a good thing to have women on corporate boards. In “Male Executives Need to Lean In Too” they report that, “Only 26 women are Fortune 500 CEOs. Eighty-three percent of these companies’ executives are male. In the financial-services sector, entry-level employees reflect gender parity, but only 27% of senior managers are women.”

But why? They nail it the explanation: “Too many companies treat gender equality as an issue for the human-resources department. Hiring a head of diversity is merely symbolic if that person doesn’t have influence and regular access to the executive team.” 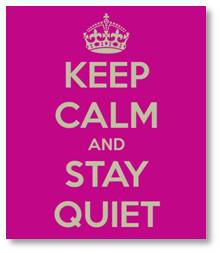 I have worked at companies where the VP of Human Resources is a woman who is routinely ignored and/or treated like a second-class citizen on the executive team. She’s there for window dressing and to handle the icky HR bits but otherwise is expected to keep calm and stay quiet.

Any advice she gives is likely to be ignored or summarily dismissed. Ditto warnings about a topic they don’t want to consider, whether it’s the consequences of allowing a predatory manager to act unchecked or not following up on the results of a comprehensive employee survey.

Women in the business world fight the good fight but expecting them to change the environment on their own is like expecting people of color to change racist behavior all by themselves. After all, it’s the people in the walnut-paneled conference room who make the decisions. If you’re not in there with them, you just get to deal with the fallout.

When Mr. Grauer and Mr. Milken conclude, “Companies that prioritize gender diversity will be most successful when diversity is taken for granted in the C-suite and boardroom. Women are assuming greater ownership of their career advancement than ever before. It’s time for companies to lean in, too,” they are absolutely right. Most of the comments from men that follow the article are, of course, negative and defensive, which says a lot about the scope of the problem.

I made precisely this argument about diversity two years ago when I wrote “Lean In Together: Men Have to Act.”  In that post I said, “Businessmen have to get involved. It’s past time for male executives to step out from behind the curtain and take some positive action.” It’s nice to know that the chairman of Bloomberg L.P. and the chairman of the Milken Institute finally agree with me even if the male readers reflexively defend their positions and career tracks. 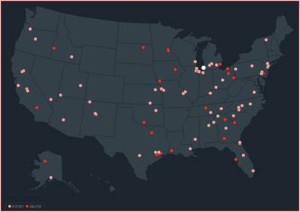 As a follow up to my five posts on the personal impact of gun violence, here is information from Everytown for Gun Safety about places in the United States where gun violence affects children.

The #notanaccidentindex is an interactive map that tracks “every publicly reported incident in 2015 where a person age 17 or under unintentionally kills or injures someone with a gun.”

Check out your state. Just FYI.