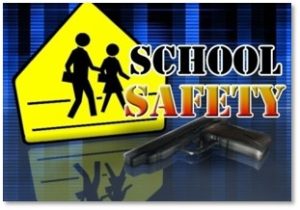 It has taken me some time to process the latest school shooting and figure out what I want to say. Also, how to say it. So here, in the aftermath of our 35th school shooting since Columbine, are the things I don’t want to hear any more—and a few things I would like to start hearing.

Five Things I Don’t Want to Hear About a School Shooting:

If I met you face to face, I would ask you where, exactly, did you pray? Did you go to a church or some other house of worship? Did you kneel beside your bed? Did you cram those prayers into one Congressional moment of silence? If I could hear your prayers, I suspect that they would sound like this: “Please, Lord, protect me from the wrath of my constituents whose children were murdered this day. Protect me from the torches and pitchforks they might bring to my home in their anger. And please, please keep the NRA money flowing into my campaign.”

Besides, if you, Mr. GOP politician, think that only mentally ill men commit school shootings, why did you vote last year to allow mentally ill people to buy guns? And why did you also vote to cut back on healthcare funding for mental patients?

Got that? Okay, let’s move on.

What I Do Want to Hear from the Media

Whenever a school shooting happens, people ask how we can stop them. Well, here are six real suggestions for the news media. Whether print, broadcast or online, the media can do a lot to help. They can:

Here are three other things the media can do: 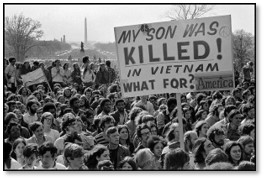 Most people have no visibility to these tragedies because our society has conspired to make them invisible. You have to link to a site like Everytown for Gun Safety or Mothers Against Gun Violence to hear about them.

During the Vietnam War, the networks broadcast images from the battlefield every night. This immediacy went a long way toward increasing opposition to the war. Now our schools have turned into battlefields.

My Thoughts and Suggestions

So those are my thoughts on the day after our 18th school shooting of 2018. I have no prayers but I do offer these suggestions as a way to stop another school shooting.

The most important thing, of course, is to show up at the polls in November and vote for candidates who support sensible ways to keep big, powerful guns out of the hands of the wrong people.

Until then, if you want to see what’s really happening in American every day, check out the following sites. There are many more.