I originally wrote this as one long post on cultural norms but it got way too long. So I’ll start with two out of the four areas that came immediately to mind.

Everyone agrees that we need to stop mass murders of innocent people with military-grade weapons. What we as a country can’t agree on is how to make that happen without alienating one another.

What a few people talk about now and again is that we need to change the American cultural norms around owning and using guns. I am all for this. Now, many would reply that changing gun culture is simply impossible, given the huge gap between gun owners and gun opponents. Well, maybe not. Let’s consider some of the ways in which we Americans have changed our cultural norms to make things that were once taken for granted socially unacceptable.

Now dog owners pick up their pet’s waste and it is socially unacceptable to leave feces on streets, sidewalks, in yards, or anywhere else.

Now dogs have collars, tags and licenses. Pet owners walk their dogs on leashes. I can’t remember the last time I saw a stray dog running freely through the neighborhood — any neighborhood.

(I have never owned a dog so I’m not sure how, when or why these changes occurred. Perhaps it was around the time dogs went from pets or working animals to fur children. I just know that things are different now.)

Careless Littering: Back in the fifties, people threw trash out car windows and tossed their litter all over without wondering where it would end up. Smokers, of whom there were many more, would dump their ashtrays onto garage floors and drive off. (I have seen this done and encountered the evidence.) They would open a pack of cigarettes and toss the wrappers on the floor. Trash blew along roadsides and into gutters.

Through public service ads, community activities, public education, and public/private partnerships they gradually moved the needle from “It’s OK to litter,” to “We don’t litter.” When is the last time you saw someone just toss their trash out the window or onto the sidewalk? And if you did, chances are you noticed as an aberration and were mentally critical of the offender. You may even have said something.

For a different look at the origins of Keep American Beautiful, read “The Origins of Anti-Litter Campaigns” by Bradford Plumer in Mother Jones. Regardless of the motive behind KAB, however, my point is that the organization did succeed in changing the public culture.

Before Richard Nixon signed off on the EPA in 1970, here’s what America looked like.

Recycling: Once upon a time, no one recycled anything: Everything went into the trash with a few exceptions: 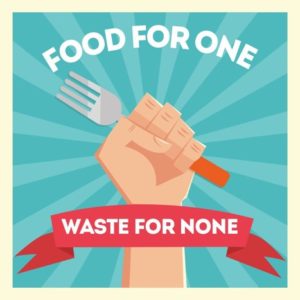 Over time, plastic replaced glass, recycling fell out of use. Garbage went into the trash or down the disposal, if you have one. Plastic, paper, and metal added to the enormous landfills that every town had—otherwise known as “the dump.”

Asking people to separate their trash and recycle it by type was unthinkable. Now millions of people do it (us included). When the bins get filled up, we drive to the transfer station and recycle glass, metal, paper, cardboard, and plastic. I take our newspapers to the vet to use in cage bottoms.

Mindful of food waste, cities are passing laws about composting food waste to keep it out of landfills and incinerators. Food waste makes up 21% of the waste stream and 20% of U.S. methane emissions come from landfills. By composting — as well as distributing and using food more efficiently — we can feed more people and reduce our impact on climate change at the same time. That’s one reason I support Lovin’ Spoonfuls food rescue here in Boston.

There, that’s two areas in which our cultural norms have changed drastically in just a few years as people think and behave differently. There are more.