I am, by default, a New Englander. Transplanted here, I attended Boston University, made Massachusetts my home and adopted the local ways. I eat clam chowder, have a girl crush on Tom Brady, and feel my shoulders slump each time the Bruins lose their shot at the play-offs. I am Boston Proud. 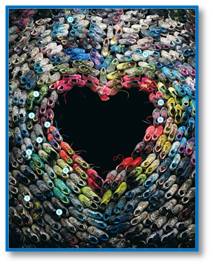 When terrorism landed on our doorstep in the form of the Tsnarnaev brothers I watched in horror as my beloved city felt the impact of their hatred and violence during the 2013 Boston Marathon. On April 15th two bombs were detonated near the race’s finish line, killing three people and wounding more than 260, including 17 who lost limbs.

Today is the second anniversary of the marathon bombing and the 119th running of the Marathon. Two years have passed, but we have not forgotten. It took four days and an intense manhunt that shut down the city, but police captured 19-year-old Dzhokhar Tsarnaev, while his older brother Tamerlan died in a shootout.

The trial of Dzhokhar concluded last week with a predictable verdict of guilty on all 30 counts. I expected nothing less. Bostonians have followed this trial with the assumption that the only unanswered question would be the death penalty versus life in prison. Sentencing will begin tomorrow – the day after the marathon.

The Justice Department says it will seek the death penalty. Attorney General Eric H. Holder Jr. (who personally opposes the death penalty) and has the final say on whether to authorize it says, “The nature of the conduct at issue and the resultant harm compel this decision.” During jury selection, any juror opposed to the death penalty was automatically disqualified.

Capital punishment hasn’t been legal in Massachusetts since 1982 and hasn’t been used in a state case since 1947, but the federal nature of this crime opened the door on that option and I found myself questioning my beliefs. I am anti-death penalty. I offer this not to begin a debate, but to indicate where I stand in the debate and how, despite my beliefs, I questioned them and wondered if death is what he deserves. It feels personal. 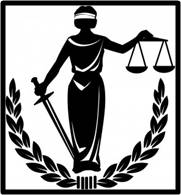 I want justice for those he killed and injured and vindication for my city. The ultimate payment of his life—exacted for families forever broken, for lives cut short, limbs lost and hearts shattered—feels like a logical and fair ruling. The death penalty will give us what we needed for closure and the courage to move on.

But will it?  A death sentence brings endless appeals, drags on for years and forces the victim’s families to relive their pain and suffering. Carrying out the actual sentence can take years, remaining in the news and serving as a reminder of what happened. It postpones the closure we seek and does not give us back what we lost.

Life in prison, with no hope of parole and waiver of all appeals brings closure on the day the sentence is handed down. The perpetrator is granted the remainder of his life at the expense of the taxpayers. He is not allowed to fade away, but remains a living reminder to all of his victims and a martyr to others who share his fanaticism and hatred.

The father of the youngest bombing victim has asked the court to remove the death penalty from the table. The parents of Martin Richard, the 8-year-old boy killed in the explosion, do not want to wait. They have called on the federal government to stop seeking the death penalty and pass a sentence of life without parole.

This family has grieved for one child and dealt with horrific injuries to their 7-year-old daughter Jane who lost most of her left leg. They want to move on and put this behind them. They do not want to hear his name anymore and will not speak it themselves.

Kevin Corcoran, whose wife Celeste lost both legs in the bombing and whose daughter nearly bled to death from a shrapnel wound, favors the death penalty. To him, it will end the story and the life of the man who created it, allowing his family to find a new normal in their lives.

Carmen M. Ortiz, the United States attorney for Massachusetts, has discussed the case with survivors and victims but will not comment on whether the government will consider the Richard’s request to drop the death penalty. Their stories may or may not influence the final decision.

There is no hope of a typical life for either of these families or for any of the victims of this travesty. They live with daily reminders and all of them bear the scars of something so heinous it cannot ever be erased from their lives. Regardless of the court’s sentencing decision, we all hope for the closure that will let them look forward. 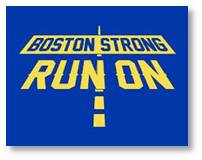 Bostonians love their city. We take pride in our heritage and history and we celebrate our traditions. The Boston Marathon is one of those traditions. It will be run in memory of those whose lives were taken and in honor of those who survived. We will not allow the shadow of terrorism to darken the day.

Today we are all marathon runners.  We are Boston Strong.