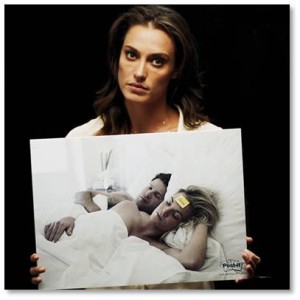 When I wrote last year about sexist advertising I wondered out loud whether it was better or worse. Well, the proof is in and it’s definitely getting worse. I just watched a video by #WomenNotObjects with images from new ads and I have only one word for what I saw: disgusting.

This Post-It ad is one of the less vulgar ones and it says that a man can’t remember the name of the woman he just slept with unless he puts a “yellow sticky” with her name on her forehead. Classy guy.

Why with our raised consciousness and PC awareness are ad agencies still producing sexist advertising with such revolting and insulting “creative” approaches?

The Coarsening of American Culture

One reason is the general coarsening of the American culture. However and wherever it started, the general acceptance of verbal and visual vulgarity is pretty much complete. Sex and graphic violence, sometimes combined, have consistently topped a list that also includes swearing and the glorification of deviant behaviors like drug abuse and drunkenness. 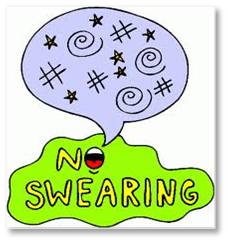 Swearing, of course, is everywhere. It used to be contained to groups of men and male-oriented places like bars. Now once hears teenaged girls dropping F-bombs at the mall. The upside, I guess, is that general usage drains the power from profanity and few words have power to shock any more.

Cable TV has brought this coarsening more directly into the home. Cable shows are darker and edgier, more graphically realistic and attuned to the real world than the sanitized network programming. Freed of the tyranny of cautious advertisers dictating content, writers and directors have pushed the edge of the envelope whenever possible. And exploration of extremes spills over into other aspects of culture, like advertising.

A Long and Sordid History of Sexist Advertising 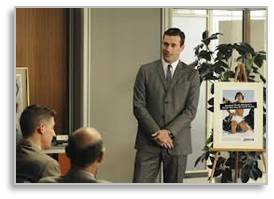 Who’s to blame? Well, horrendous ads, like any advertising, start with the creative team at an ad agency. If you’ve ever watched Mad Men, you know that these folks develop the campaign along with the copy and the illustrations or photographs to go along with it. The team may develop one or several different approaches, which are then presented to the client.

The client reviews the campaign and approves it or sends the team back to the drawing boards. (They use Macs these days, but it doesn’t sound the same.)

If everyone on the creative team is a man, and everyone on the client team is a man, there’s probably going to be a single view of what constitutes a great ad. This is where diversity comes in. A woman might just ask the guys to step back and re-think how that ad is going to look to a target audience that includes women—and even children. A woman could have told Burger King that making a model look like she’s giving a blow job to a sandwich is not really going to resonate well with female customers. Especially when accompanied by this copy for the “Seven Incher” sandwich:

“It’ll blow your mind away. Fill your desire for something long, juicy and flame-grilled with the New BK Super Seven Incher.”

I can almost see the guys elbowing one another and chortling over their cleverness. Really.

The Only Woman in the Room

What’s it like to be the only woman in a room where the guys are having a good time at the expense of women?  Well, back when I worked for a computer company, I was part of the company team doing reviews to find a new ad agency. We talked to agencies in Boston and New York, large and small, obscure and well known. At one shop—on Madison Avenue—they committed not one but two mistakes.

First, the CEO related how they had pitched the U.S. Air Force account and he had gotten to ride in an F-15 fighter jet. Cool. I’d like to to do that. Before going up, he had to be trained in the procedures for ejecting from the plane in case of an emergency. OK, makes sense. Then he smirked and described this activity as “premature ejection.” Not cool in mixed company and not funny.

Second, they proudly presented a skit from Saturday Night Live that riffed on an ad they had done for Harvey’s Bristol Cream with the tag line, “It’s downright upright..” The skit showed a young and lovely Morgan Fairchild in a black lace teddy flinging herself on a skeezy-looking guy. She wriggles all over him while they toss around dialogue filled with cheesy innuendos. It ends with the liquor’s classic tagline “It’s downright, upright” accompanied by a lewd wink from the guy.

Blushing in a Dark Room 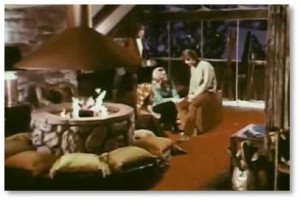 Now the agency didn’t produce this parody and the client certainly didn’t approve it. But the agency did show it to a prospective client with a woman on the review team. The room was dark but I remember blushing in embarrassment.

It’s not that I’m a prude or can’t take a joke. It’s that I was in a room with perhaps ten men around me, including my colleagues. I thought that showing it was in bad taste.

The really important thing to remember, thought, is what I said after we left. “Let’s not put them on the list of finalists. They showed bad judgment in showing that clip and I don’t want to work with them.” Bada-bing. They didn’t make the cut and they never knew why.

When it comes to how men perceive and treat women it sometimes feels like we take two steps back for every step forward. Donald Trump is a good case in point. While we’ll never get away from men sexualizing women, we can make it less and less acceptable. And the best way to do that is simple: don’t buy the products these ads are selling.