The middle of February means it’s past time to report on the 11 science fiction movies that were scheduled for or actually appeared in the second half of 2019. I wish had better news for you but I’ve been putting this post off because the results for 2H 2019 were so dismal. 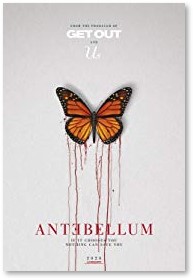 Before I get into the scores, though, I have to add a new science fiction movie to the seven films I originally listed for the first half of this year. Antebellum popped up in the trailers last week when we saw Uncut Gems. (Well, half of it anyway. Uncut Gems was so bad we walked out somewhere around the middle.)

It looked like something very rare in the world of science fiction on the big screen: original. Yes, Antebellum includes time travel and/or alternate reality but of a different time and from a different point of view. Or, it may be something totally different. Wouldn’t that be good?

My Take: It’s listed as a horror movie, which is probably why I missed it in my previous post, but anything with time travel gets my interest—if, indeed, that’s what it is. The trailer mixes past and present so the actual mechanism isn’t clear. I think Antebellum looks fascinating and I will be on the lookout for this movie.

My Take:  The production company is Carcass Studios. Need I say more?

My Take:  This movie appears to have been released only in Turkey.

My Take:  This film was released only in Eastern Europe, where it was filmed.  Alas, no Nazis riding T-Rexes for us here in the US.

My Take: I didn’t like this movie for a variety of reasons, some of which I explained in my post on the Rise of the Boring Hero: protagonists with no affect, no emotions, no engagement with other characters — and no interest. Based on the Tomatometer scores and the low box office grosses, most of the audience seemed to agree with me.

My Take:  Despite the early synopsis, the only real connection this movie has to science fiction is that the protagonist is an astronaut. The reviews were horrific and that’s reflected in the very low grosses. I wouldn’t even watch it on TV.

My Take:  Clearly, the audience liked the movie a whole lot better than the critics did. This is no surprise when it comes to the contrast between science fiction and mundane writers. Still, it just didn’t look compelling enough to pull us in.

My Take: This is no longer a franchise with new stories in a familiar framework. It’s a cookie-cutter enterprise in which old characters, worn tropes, and phony action sequences are recast and recycled. We walked out thinking, “Yeah, we saw that already.”

My Take:  Did you see this movie scheduled anywhere? Anyone? Bueller? So, no distribution makes for no profits. It’s a pretty simple equation. The producers had better hope for a good deal in selling it to cable TV.

My Take:  Yawn. Oh, am I still awake? How can that be? Between the (really) bad science, the fake Princess Leia, the ridiculous plot and the total lack of any believable dramatic tension, surely I must have fallen asleep. We walked out of the theater and agreed that this was our last Star Wars movie. Enough is enough and this was too much of a bad thing.

Will History Repeat Itself?

So, that’s it for 2H 2019: 11 science fiction movies, 9 of which were actually released, 7 that could be seen in the US, and  only 1 that pulled me in and that I can recommend. Pathetic.

Hope springs eternal. We can look forward to the science fiction scheduled to hit the big screen in the first half of this year, with the addition of Superintelligence and Boss Level, which were pushed into this year. Plus, possibly, Antebellum.

Do you think any of them will be any good? Anyone? Bueller?

Clone Fade at the Cineplex 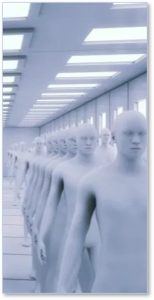 Hollywood just doesn’t seem to get the message that a good science fiction movie must be, first and foremost, a good movie. Yes, the fanboy base will show up and cheer for another Star Wars, Star Trek, Terminator, Alien or other franchise whenever it comes out.

But these films have grown redundant, repetitive, shopworn and boring. You need more than that base and a good opening weekend followed by a steep drop-off to achieve a real blockbuster.

Like clone fade, each subsequent sequel becomes weaker, paler, and more prone to error. Science fiction movies need a dose of fresh, original ideas and they need it fast.

Note to Hollywood:
Bad movies that try to make it up with splashy visuals, clever CGI and expensive special effects just won’t get you where you want to go. Start with a good movie.