At Christmas we often see opposites highlighted and it seems more so this year than in many others. The Nativity story is of a poor family, forced by the authorities to take a trip at an inconvenient time, and who deliver a baby in a stable because the only lodging available has no room for them.

Later, three magi from the East hear of the child’s birth and bring the baby valuable gifts suitable for a king, but not for the son of a humble carpenter and his wife.

Opposites: Authorities versus ordinary people, privileged people in warm rooms versus a woman forced to give birth in a cold stable, royal gifts for a humble baby, lofty titles for a carpenter’s son who never sought power or glory and later in life upbraided the rich.

We see these opposites around us all the time in today’s America. Here are four examples of outrageous consumption by the One Percent that has no shame and no conscience about taking most of the money — as well as little inclination to share, even at a time of giving.

Millions of Americans struggle to make a living, cobbling together the income from several jobs for each member of the family. Yet the Robb Report sends me emails (somehow I got on this list) offering the most outrageous of ways to spend money for those who have far too much. Or for those who define themselves and their self worth by what they own.

I’m not talking about the dream commercial of finding a $60,000 car with a big red bow in your driveway on Christmas morning. That’s not even in the same city, much less the same ballpark. Just to give you an idea, here are two of the items on offer from the Robb Report:

There are more—many more. Wine, jewelry, cognac, luxury hotels and resorts, yachts. restaurants, first-edition books, original art; you name it and you’ll find it in the Robb Report. It’s all designed to make the super rich feel just super special about themselves because, you know, they deserve it. What you will not find is a charity, a foundation, or Warren Buffett’s Giving Pledge. 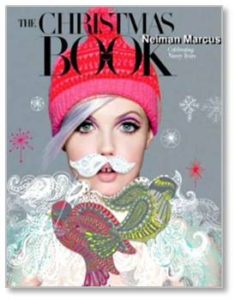 The Nieman Marcus catalog, long known for offering over-the-top gifts at Christmas, this year gives us a variety to choose from. The fantasy gifts range from a walk-on role in the Broadway musical “Waitress” for $30,000 to a Cobalt Valkyrie-X private plane in rose-gold for $1,500,000. Really. I would have bought it in plain aluminum.

That sassy jet could have gotten the Holy Family to Bethlehem and back before the labor pains started. Assuming, of course, that the runway was long enough.

The WSJ+ Round the World Cruise

The Wall Street Journal’s WSJ+ was offering a round-the-world trip for $82,000 apiece. It must have booked up quickly, though, because I can’t find the offer online any more.

President-elect Trump rode into office on the votes of working-class, blue-collar Americans who wanted to “drain the swamp” of privileged people taking government jobs. Yet his 17 cabinet-level selections have more money than a third of American households combined—over $14 billion and still counting.

The Rich are Different

The One Percent is awash in money, far more than most of us ordinary folks can even imagine. As Roaring Twenties Author F. Scott Fitzgerald once said:

“Let me tell you about the very rich. They are different from you and me. They possess and enjoy early, and it does something to them, makes them soft where we are hard, and cynical where we are trustful, in a way that, unless you were born rich, it is very difficult to understand. They think, deep in their hearts, that they are better than we are because we had to discover the compensations and refuges of life for ourselves. Even when they enter deep into our world or sink below us, they still think that they are better than we are. They are different. ”

Indeed. At this time of year, when giving is paramount, the wealthy seem to spend more lavishly than ever before—but only on themselves. I wonder how many of Donald Trump’s billionaire Cabinet picks have signed Warren Buffett’s Giving Pledge. Anybody want to guess? 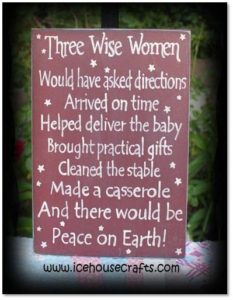 The Three Wise Men brought gold, frankincense and myrrh, gifts suitable for a king — a member of the day’s One Percent — because that’s what they expected to find. But those gifts did not fit well with an enlightened soul who came to teach a new message of love and acceptance.

Precious metal, perfume and incense are the very last things a newborn baby and his tired new mother need—with the possible exception of a small boy pounding on a drum.

The Three Wise Women, as the saying goes, would have acted somewhat differently. I’m with them. Peace on Earth!