I do not have all the answers, and these days everything is one big question. 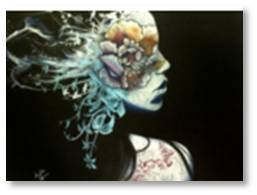 Will our country be able to heal itself and become whole again? This hot mess feels like a stone in my shoe, a constant reminder that something is painfully wrong.

America is broken. We are caught in a political turmoil with a cast of characters bringing shame upon our country while the rest of the world watches. Our credibility and status as a respected nation are bigly issues. I try, but I can’t look away. I have a lot on my mind.

Meanwhile on the Internet…

What’s up with Facebook and Twitter?! Does anyone else think they have become opinion sites for all things Republican and Democrat? Unfriending is happening. Online arguments escalate and name calling is a thing. People have taken their grievances to the social media streets and it’s gotten out of hand.

We are subjected to people’s innermost political thoughts and rants. It’s no longer black and white, its Blue and Red. This is what it looks like when you put liberals and conservatives side by side on social media. Trying that valuing differences thing here, but it’s not working.

There are things worthy of our attention – because above all else we must remain informed. That’s what smart people do. The Internet Knows All.

Fake News is the new buzz word for bogus stories and misinformation that spreads through social media. Triple check before you share and don’t believe everything you hear or read. Remember when we used to say “You can’t make this stuff up?” Turns out we can…

It’s part of a much bigger problem and we have to own it. Snopes founder David Mikkelson reminds us that “The fictions and fabrications that comprise fake news are but a subset of the larger bad news phenomenon, which also encompasses many forms of shoddy, un–researched, error-filled, and deliberately misleading reporting that do a disservice to everyone.” What he said.

During a late night in the senate Elizabeth Warren showed us what #ShePersisted looks like. Liz used her podium time to read a 30 year old letter from Coretta Scott King that Mitch McConnell deemed conduct unbecoming a Senator because it dissed his boy Jeff Sessions. Nobody puts Baby in a corner.

The Women’s March made history around the world. In case you missed it….and I find that hard to believe…here’s what it looked like. Pink is the new black.

These are troubling times in the kingdom. In life, attitude is everything. It shapes the quality of our days and is reflected in the meaning we give events that happen to us and around us. Sometimes we need a reminder and these tips are pretty straight forward. Be the change.

But not everything on the Internet brings us down. It also offers things that appeal to the humorous side of life. We still have one, right?

Home offices are the new normal, especially if you are a millennial. I toggle between home and office because I like (and need) the social connection. The New Yorker offers us an alt view of what it’s like to work from home. 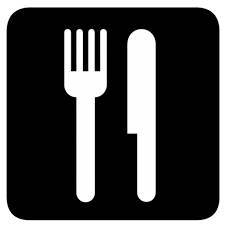 Food is my favorite four letter word. OK… my second favorite word. I never tire of blending flavors and seasonings and my kitchen always centers me.

This amazing and easy chicken dish popped up on my FB feed a few weeks ago and it is worthy of your time. Spaghetti squash is under appreciated; it’s a blank canvas for flavor and this recipe uses another veggie favorite, fresh spinach.

Zoodles; aka zucchini noodles, have become a new twist on the side dish and you can buy them already zoodled. You don’t need to purchase a spiralizer and they also come in beet and butternut squash versions.

King Arthur Flour named 2017 The Year of the Bundt Cake. KAF showcases a cake each month on their web site (I’m two for two) and The Lemon Bliss Cake was named cake of the year. I substituted homemade limoncello for the lemon juice in the glaze and highly recommend it.

Speaking of cake, let’s get ready for Fat Tuesday.

Tranny: Confessions of Punk rock’s most Infamous Anarchist Sellout, by Laura Jane Grace. I discovered this book when I watched Trevor Norah’s interview with Laura Jane on the Daily Show. She is a transgender musician formerly known as Tom Gabel and the founder, lead singer, songwriter and guitarist of the punk rock band Against Me!

She has become an outspoken (and well spoken) advocate for transgender awareness and her story is as real and beautiful as it gets. It’s one that is seldom shared let alone talked about or written. Laura Jane opens her heart with candor, bravery and…Grace. 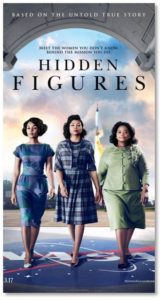 If you see only one movie this year, let it be Hidden Figures, the story of the space race from the perspective of three black women; human “computers” that changed history.

This movie is a reminder of the way things used to be, especially for those who did not live through it. Watch and learn. A more deserving Oscar pick.

For lighter entertainment here’s a short video about a traveler stuck in an airport. As a frequent flier I feel you. I’ve had my share of airport delays, but Richard Dunn and his iPhone reach new heights with a little help from Celine Dion.

The amazing Dolly Parton teams up with sisters in country Emmy Lou Harris and Linda Ronstadt to sing High Sierra and suddenly you understand harmony. She ups everyone’s game when she joins Pentatonix for an a capella version of her song Jolene. Dolly is 71 years young; reminding us we are never too old to do what we love.

Remember – the glass is not only half full, it’s refillable.