I have broken my no-politics rule in this post because, well, I must.

I find it difficult to focus on writing about the topics that usually energize me. The ongoing sleight-of-hand act being conducted by the Shadow President in the White House with full Congressional support distracts and disturbs me.

It’s not the politics. Well, okay, it is the politics. But I’m also concerned about several other things that I think don’t receive sufficient attention.

One: The Front Man and the Shadow President

The news media remain focused on Donald Trump’s erratic behavior, dysfunctional operations, inarticulate speech, duplicitous claims, and personal grandstanding. They try to counter his well-documented lies with facts, which is like trying to bail out the Tidal Basin with a paper cup. They criticize how he cultivates his cult of personality, which is stating the obvious for any sociopath. They try to hold his feet to the fire on critical issues like his ties to Russia and its President, what Trump  knew about Michael Flynn’s calls to Russia and why POTUS didn’t say anything about it until the press outed Flynn’s misbehavior. They demand that Trump disclose his taxes, 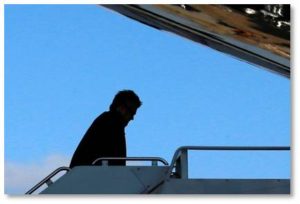 These are all important things to do but they are also red herrings that the unelected Shadow President, Steve Bannon, encourages to turn the press away from the less-glitzy but more fundamental actions that he is taking to “deconstruct the administrative state.”

The mainstream legitimate press needs to shine light on all of these steps and the ones that follow. So far, the Shadow President who hides behind his front man in the Oval Office has gotten away with a lot.

Unlike Trump, Steve Bannon is smart, which is scary. SPOTUS is an ideologue with a goal and a purpose that run counter to what the majority of the American people believe and want—even if they did vote for it. He lurks behind the Great and Powerful Trump, using the President to divert unwanted attention so he can operate freely.

This has to end.

I worry about checks and balances that go unchecked and remain unbalanced. During the campaign, the Republican establishment attempted to quell concerns about Trump by saying that the system of checks and balances established in the Constitution would keep him from doing anything too egregious if he was elected. Now that he Tweets in the White House, however, the majority-Republican House and Senate seem completely disinterested in any kind of moderation.

Like a teenager who has finally gotten the keys to Dad’s car they are giddy with power and eager to take the country for a joy ride. Finally, finally, they have the power to do what they have always wanted to do—drag the United States back to the 1950s when safety nets were thin or non-existent, when the poor were out of luck, when businesses were free to dump their waste wherever was cheapest, when women could be treated like objects, and when the white Christian male majority ruled.

Already Republican Congresspoeple have filed bills to eliminate the Environmental Protection Agency and the Department of Education. If you were skeptical about Step #1 and you missed Steve Bannon’s CPAC speech, these bills will either thrill you or chill you.

In the service of checks and balances, as well as their own credibility, the GOP-majority Congress should immediately set up an independent counsel to investigate the Trump administration’s Russian connections and Pres. Putin. Instead they (1) confirm multiple Cabinet Secretaries with financial ties to Russia and (2) drag their feet, insisting that the Judiciary Committees of both houses are adequate to the task. If putting Bonnie and Clyde in charge of bank security constitutes your idea of checks and balances this works just fine. But, really, this has to end.

Finally, I watch, aghast, as decent honest people get pulled into excusing, supporting, denying, normalizing and justifying what is going on in Washington. “Give him time,” they assert. “Let’s see what happens,” they say. “He’ll become more Presidential,” they believe. 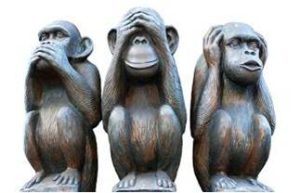 Well, I have seen enough in just a few short weeks to be appalled by what’s happening. Denial is powerful and, as I have said often before, the normality bias represents a fundamental kind of denial. We need to believe that the people around us, much less the people leading us, are normal.  Only in this case they are not. In service of that deeply felt need many of us turn away from evidence to the contrary at the exact time when it’s most important for us to recognize it and what it means.

Donald Trump is a sociopath and he does the things he does because that’s how sociopaths behave. He’s not going to “come to the center,” moderate his words, act more presidential, or take on the gravitas of his office because he cannot do so.  Stop hoping and waiting: It’s not going to happen.

Taking Him Seriously but Not Literally

I have read several articles about people who either didn’t understand that the Affordable Care Act and Obamacare are the same thing or believed Trump’s promise to destroy Obamacare was “just bluster.”  Somehow they thought they could get rid of the latter and still have health insurance through the former. Appalachian miners who voted overwhelmingly for Trump now worry that they will lose Black Lung benefits. Did they thinkk the Republicans would leave the Affordable Care Act alone after promising for seven years—and 52 votes—to destroy it?

For these people I have only one question: “Is this the change you wanted when you elected people to run the government who don’t believe that the government should run?” Are these Americans, who took Trump seriously but not literally, now surprised to find out that some of the inchoate change they voted for will not be in their best interests?

Stuck with the Mess 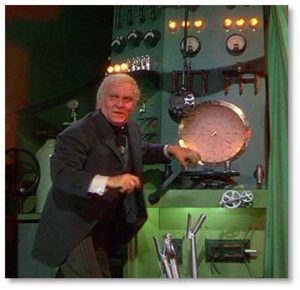 It’s too late now for hindsight, regrets and second thoughts. We are stuck with this mess until the Midterm Elections. But in that time we—the press, the average American and the resistance—need to see clearly what is happening and not be diverted or manipulated by the foolish clown car up front. Keep your eye on the Man Behind the Curtain, the Shadow President puling POTUS’s strings, because he’s the truly important one.

If you agree please, please forward this to others. It’s important that we see clearly. Now more than ever..