The Next Phase is not a political blog and this is not a political post. It has nothing to do with my opinions about parties, issues, positions, platforms, speaking styles or any other aspect of the red-blue divide. I have opinions on all these things—plenty of them—but I will not discuss them here. 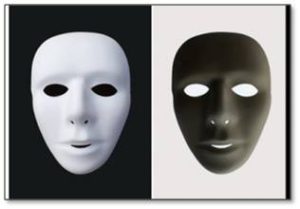 Instead this post, as a previous one from earlier in our never-ending process of electing a president, is about whether our candidates conduct themselves in ways that are generally accepted as “normal” or that demonstrate the behavior typical of a sociopath. Had Marco Rubio, John Kasich, Carly Fiorina or Jeb Bush become the Republican candidate, I would not be writing this post.

While having dinner with friends this weekend, we discussed the fact that one of the people running for President has been openly termed a sociopath. Why does this not alarm more people? The problem is that most people either:

The candidate I’m referring to is Donald Trump. In this post I would like to clarify (A), debunk (B), explain why (C) is wrong, criticize (D) and demonstrate why (E) is an extremely dangerous assumption.

Finally some people, like Doug Casey , or Tony Schwartz, who ghost-wrote Mr. Trump’s signature book, “The Art of the Deal,” are beginning to say out loud that he is a sociopath. The mainstream media have been skirting this issue and treating him very carefully, anxious to handle Mr. Trump like any other candidate. They refuse to call out his behaviors for what they are. So it’s way past time that someone stated this truth out loud. Let’s move on to A, B, C, D and E. 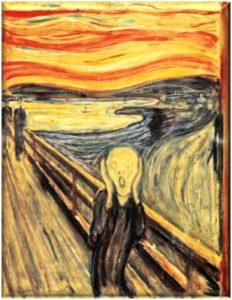 “The Scream” by Edvard Munch

What does the term mean? Sociopath is a term assigned to a group of observable behaviors and traits. I gave a full explanation in my earlier post on “Sociopathy and Presidential Candidates” but here’s a quick summary:

Now, most people will admit that these are not admirable behaviors and few of us would want them even in our next-door neighbor. So why are so many people so enthusiastic about putting such an unstable individual in the White House and handing him the codes to our nuclear arsenal?

Because they think this term is just another campaign insult like liar, hypocrite, adulterer, flip-flopper, etc. They think it has no actual basis in fact. But it’s not and it does. Sociopathy is defined by behaviors. Anyone reading the list above can check off the behaviors that Donald Trump has demonstrated—over and over again. I don’t have room in this post to list them all. I leave that to someone with an actual staff.

Oh, wait, you say, Hillary Clinton is worse because she lied about . . . (insert name of issue here). Well, Politifact, an independent organization, rates both candidates in regard to when and how often they tell the truth. Take a look at the scores below, which provide a little truth about lying: 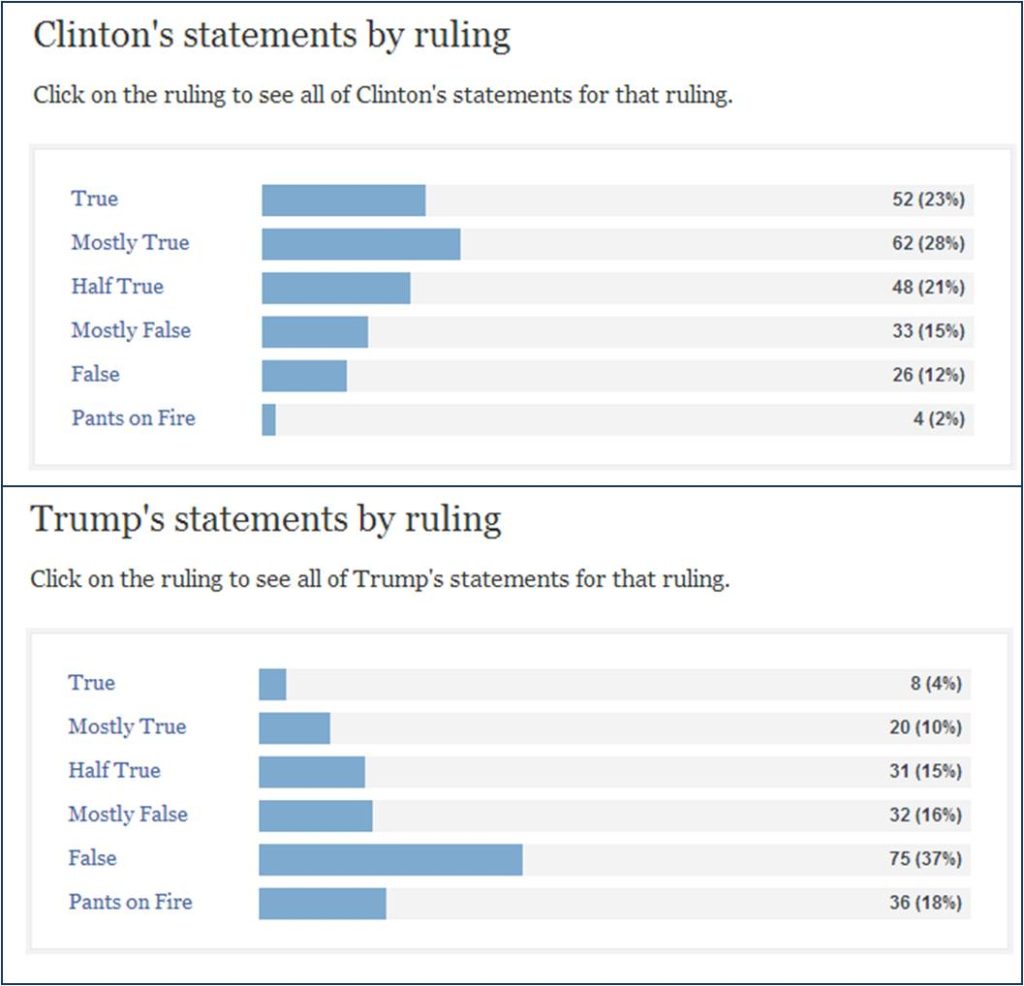 In effect, we see that the scores are almost directly reversed. Donald Trump is not only a compulsive liar, he’s lying about lying—both his and hers. And that’s just one of a sociopath’s traits.

Because he’s running for President, people think he’s driven by a desire to change the country, fix problems and return us to a position of world dominance that we haven’t actually lost. This is what a normal human being would do—what most Presidential candidates do—and it’s what Donald Trump claims to be doing. Unfortunately, the nature of a sociopath is to have his best interests—and only his own interests at heart. As Doug Casey says,

“Sociopaths put their own desires and wants on a totally different level from those of other people. Their wants are incommensurate. They truly believe their ends justify their means. Although they pretend the opposite.”

The rest of us simply don’t matter—although Mr. Trump says things that make his followers believe he does. We’re the expendable masses, the useful idiots, the red shirts on an Away Team. The good of the country doesn’t matter. The welfare of our allies doesn’t matter. Witness what he said after Brexit, viewing a decision that will fundamentally change the world economy and European security, into something that benefits his golf resort. Think of that on a national scale. No, seriously, think of that taking place on a worldwide stage where he controls the most powerful country in the world.

I understand that many of Mr. Trump’s supporters think the most important goal is to shake up the two political parties, create a shock to the government system, support the Republican Party at all costs and / or control the Supreme Court. To these people I can only say, “Be careful what you wish for. 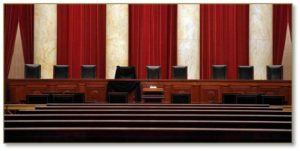 The Presidency is a big job that encompasses far more than internecine domestic squabbles, dominating the bench on SCOTUS, or ensuring that your team comes out on top of the scrum.

The President commands the largest and most lethal military force in the world. He makes decisions that affect foreign governments, the U.S. and world economies, national security, the welfare of every citizen, and whether to launch a war, among many others. This is not a job for the faint of heart, the power-hungry, the narcissist or the dilettante, much less a sociopath. It’s why our Presidents have gray hair after a single term in office. We have to look at the big picture, not just the narrow view of our own personal preferences or party interests.

Putting a cold, calculating man with a grandiose image of himself, who lies like he breathes, is secretive, manipulative, thin-skinned and has a demonstrated tendency to be vindictive into the most powerful job in the world—and then depending on the Congress to control him is the height of foolishness.

He’s the Commander in Chief of the U.S. military, he has the nuclear “football,” he meets with leaders of foreign countries, he gets the phone call at 3:00 a.m. and decides what to do before the Congress opens its doors.

The checks and balances work for someone who is normal but whose policies you disagree with. That’s a person who will take no for an answer and try to find another, more reasonable or acceptable approach. That’s someone who will discuss, argue, negotiate, and compromise. It will not work with Mr. Trump.

As I said, I would not have written this post had any of the normal, reasonable men and women who ran in the Republican primaries gotten nominated. I would not have written it about Mitt Romney, John McCain, Paul Ryan, George W. or George H.W. Bush, Bob Dole or Ronald Reagan. But Donald J. Trump fits into a totally different category of human being and it dismays me that so few people are willing to see it or admit it.

I know you don’t want to believe any of this. Denial is powerful and the normality bias hard-wired in our brains insists that it can’t be right. It tells us that this man, who has succeeded in capturing the nomination of his party must be not only normal, but superior, because of his achievements, because of what he says, because has a wife (or three) and children. And that’s exactly what he wants you to believe. 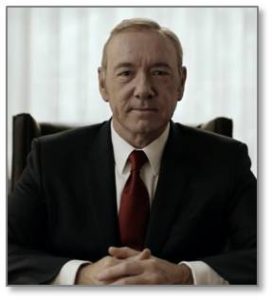 Frank Underwood in “House of Cards”

I am writing this post in the hope that it will make readers think twice about one of the most important decisions you will make this year—or perhaps in any year. I’m also hoping that, if you agree with it or are disturbed by it, you will forward it to your friends, regardless of political persuasion.

And remember—be careful what you wish for. Be even more careful who you vote for.

4 thoughts on “The Sociopath and the Presidential Candidate”