We know the economy is improving because interviews have become a topic of discussion. This week, Liz Ryan wrote an excellent post in Forbes about “Ten red flags that scream don’t work for this manager.” 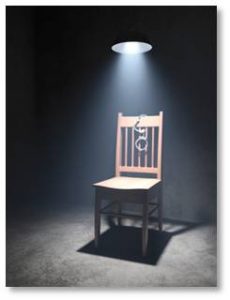 Last month both Susanne Skinner and I wrote posts about stupid interview questions (Susanne) and good interviews and bad processes (Aline). Then Quora pinged me on a question I had answered back in 2014 when someone upvoted it. It asked about the most bizarre interviews people had ever been party to.

I reread what I submitted back then and decided to share my bad interview experiences with you. Two have already appeared in my post on good interviews and I wrote about my Microsoft experience in 2014. The rest follows.

I have experienced so many bizarre job interviews that it’s hard to remember them all. That may be a factor of working in the high tech industry, where basic good manners are often difficult to find, much less kindness, consideration or courtesy. In the high tech industry showing that you’re tougher than the next guy is considered a positive thing.

That said, I offer six experiences:

If you think these experiences were unusual, you should read the other answers that came in to Quora. Many of them would curl your hair.

The question remains whether bad interviews mean bad companies. I think one can make a case for it because a company’s culture starts at the top and spreads downward. In the examples above I talked to either the Vice President of Marketing or the CEO, sometimes both. 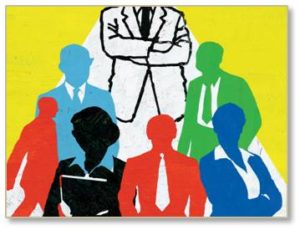 If the CEO conducts an interview like a KGB interrogation, you can be sure that he thinks that approach is a good way to treat people. It may reflect how he treats his employees and that’s probably with a confrontational style. An interrogation is not, after all, a win-win situation.

A CEO who thinks that everyone should behave just like him, have the same interests, share the same life experiences, and adjust to the same schedule is not a man who understands the value of diversity. He doesn’t appreciate the different perspectives that come with a range of ages, genders, races, nationalities and religions or believe they can make for a better product or a better company. I would also not expect him to be open to ideas, suggestions, or approaches different from his own.

A vice president unable to recognize that eating in front of a prospective employee is impolite and inconsiderate probably won’t notice the impact of other rude behaviors with his direct reports or their staffs. When it’s all about him not much is left for anyone else.

Sometimes such bad interviews result from a lack of training—a situation all too prevalent in high tech. Rudeness or what I call obliviosity can also derive from youth and inexperience. If Mom never taught you to offer refreshment to guest, you won’t think to do it.

Mostly, however, I think they come from mindsets that range from arrogant or narcissistic to possibly sociopathic. A man who treats a job candidate badly will probably treat others the same way. And that’s a red flag. Run away!  Run away!