Yesterday I thought about how our life experiences of discrimination, intimidation, assault and insult inform our opinions about misogyny. The topic at hand, so to speak, was the blatantly crude and vulgar dialogue spoken by Donald Trump in the now-infamous trailer with a junior-varsity celebrity named Billy Bush.

Reporters expressed shock that a presidential candidate said it. Ordinary men found themselves astonished by other men defending Mr. Trump’s vulgarity as the way regular guys talk about women in the locker room. For women, the only surprise was that Trump got caught saying it. 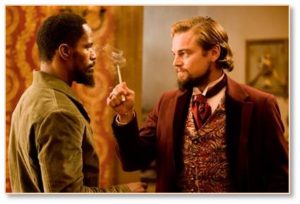 These different reactions put me in mind of a story I read recently about how Leo DiCaprio reacted to the dialogue his character spoke in Django Unchained.

Mr. DiCaprio expressed discomfort with repeatedly saying the N word because he didn’t want to offend co-stars Samuel L. Jackson and Jamie Foxx. Even though the two men told him they were okay with the dialog, Mr. DiCaprio struggled with a particular scene. Then Mr. Jackson took him aside and said, “Hey, M*rF*r, this is just another Tuesday for us. Let’s go.”

Well, for women, Mr. Trump’s disgusting comments were just another Friday. Ditto for the male defenses that appeared in the video’s wake.

Women live in the world of sleazy men and their slimy comments. It’s not by choice, mind you. Not many of us choose to have anything to do with the kinds of men who talk to us on the street and describe in the most explicit terms how they are going to improve our sex life. 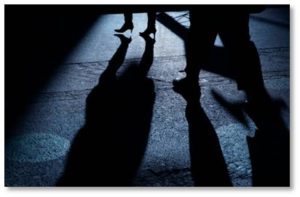 None of us ask to be groped or pinched, have our crotches rubbed up against or a stiffie thrust against our butts. We don’t seek to have our breasts “accidentally” brushed. We don’t enjoy being told to smile so a total stranger can feel better.

We don’t pursue these things and we don’t want them but the men who have absorbed what is called Rape Culture think it is their right. They learn it from their father, their older brother, their uncle, their coach. They accept it as a perk of manhood.

Different perspective on locker-room talk: I posted an article from The Daily Beast by Erin Gloria Ryan on Facebook yesterday: “How Every Woman in America Knows Donald Trump and Billy Bush.” My friend Mike Combs responded to it with this comment:

“You know what I didn’t know until now? I didn’t know how many guys would defend Bush and Trump and say that all guys talk like that, or that it’s locker room talk. I’m disturbed to find out how many of these jerks are lurking out there. The part in the video where Bush makes the woman hug Trump was … I don’t know. I saw it in a whole new light and it was awful. I’ve been pissed off all day as I realized this new reality.”

Women know exactly how many of these jerks are lurking out there—because they don’t leave us alone. On the other hand, the number of professional athletes who have Tweeted that Mr. Trump’s comments don’t reflect any locker room they’ve ever been in is astonishing—and encouraging.

Maybe Mr. Trump was thinking of the locker room at his Mar-a-Lago Club in Palm Beach where overfed, overindulged, over-privileged and over-paid white men sit around in the nude and talk about women in crude and graphic terms. It’s not a pretty picture. 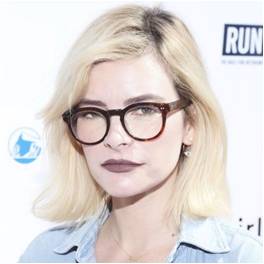 On Friday night after the news broke, writer Kelly Oxford Tweeted and asked women to describe their first assaults on the Twitter hashtag #notokay. Reading them (after I posted mine) shocked me. Jonathan Mahler wrote about the Tweets in his New York Times article, “For Many Women, Trump’s ‘Locker Room Talk’ Brings Memories of Abuse.”

If you think all this is overblown, I suggest reading the article. Just try not to be shocked at the ages when some of these women were assaulted, how barefaced the assaults were—and how many of women and girls never told anyone because they felt ashamed. Fortunately I reached my freshman year in college before it happened to me. I never told anyone either.

Just as white people can’t comprehend the barrage of insults aimed at black people every day, solid respectable men like Mike can’t grasp the depth of misogyny that women must deal with all the time. The good guys tend to hang around with other good guys. They talk to good guys and go to gyms where they see more good guys in the locker room. If it doesn’t happen to you and it doesn’t happen around you, how can you understand it? 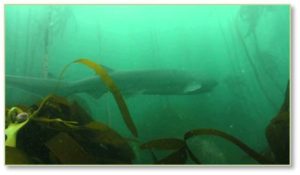 Most women have to deal with the bad guys every day. It’s like crossing a murky sea  where slippery seaweed wraps around your legs and pulls you back. It’s a dim place where shadowy creatures swim up to you and you can’t tell whether they’re harmless or dangerous, if they’re friendly or have big teeth. In this sea something might nip your fingers or take a bite out of your leg before you know it’s there.

On the street you hold your breath, cross to the other side, pull your coat tighter, lock the car doors, turn your face away, grip your keys in your fist, pretend he’s not there, ignore what he said — and finally make it to the other side. You’re exhausted, infuriated, humiliated and frightened. But, if you’re lucky, you get there okay.

Maybe this furor will start a change in the way men think, in what they accept as normal, as well as what they will speak out about. That rejection of pervasive misogyny would certainly constitute a step in the right direction.