How can drug makers charge so much?  There’s nothing stopping them.

The high cost of prescription drugs has steadily increased over the last decade. Despite loud protests and a harsh media spotlight, prices for pharmaceutical products in the United States continue to skyrocket, making many of them cost prohibitive for the average person. 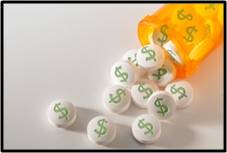 Commercials for breakthrough medicines showing happy and healthy people hide the fact that low-income patients are held hostage by pharmaceutical companies in the business of exploiting diseases with no affordable treatment.

Big Pharma is our gatekeeper for life-saving medicines, but European governments have the ability to control drug prices. Britain is the strictest, refusing to pay for medicines that fail to meet a threshold of cost-effectiveness. The U.S. allows drug companies to set their own pricing, and Medicare, one of the largest purchasers, is prohibited by law from negotiating prices with the manufacturers.

The ability to monopolize and maintain the high cost of prescription drugs is controlled entirely by the manufacturer that holds the patents.

The cost of insurance tripled between 2002 and 2013.  An example is the EpiPen, a forty-year-old allergy medication made by Mylan that has seen a 500% price increase since 2007. When they increased pricing to $600 for a two-pen package, public outrage resulted in expedited generic versions.

Drug companies have recently introduced new super-drugs to fight illnesses like hepatitis C and multiple sclerosis, which extend the life expectancy of those afflicted with them. But that treatment comes at a cost. List prices can exceed $100,000, which many insurance companies will not cover.

For patients with insurance requiring them to pay a significant percentage of medication costs, the priciest drugs become unaffordable. Higher prices eventually affect those with flat co-payments as insurance provide’s increase the amount beneficiaries pay in successive years.

Newer drugs are controlled by the manufacturer with the patent rights, and those rights are granted for 20 years. The longer they can maintain the patent, the longer they control the pricing.

Companies have become skilled at extending their patents by creating slight variations on the symptoms they treat. Eli Lilly extended their patent on the anti-depressant Prozac by 10 years when they announced it alleviated PMS symptoms.

Adding terms like ‘controlled release” and “alternate delivery” also extend patent exclusivity. None of it is illegal.

A drug can be manufactured generically when:

Once the generic drug is on the market, the patent holder’s monopoly is removed. This encourages competition and results in a significant drop in drug costs. The company holding the initial patent may attempt to renew it by claiming the new version is significantly changed compared to the original compound.

In 2013 a decision by the Indian Supreme Court blocked a request by Novartis for a patent on their Leukemia drug Gleevec. The company claimed they were introducing a new formulation that entitled them to a new patent. The court determined that the new drug was virtually identical to the old one, which cleared the way for a low-cost generic version.

In the United States Gleevec costs around $70,000, while India’s generic version costs as little as $2,500.

India’s patent laws are crucial because it is one of the world’s largest generic drug producers, supplying much of the Global South’s medicine markets with low-cost versions of astronomically priced Western versions. The Indian generics industry is predicted to grow from about $11 to $74 billion by 2020.

The Future of Medicine

Researchers continue to make sequencing breakthroughs that allow them to analyze thousands of individual cells at once, resulting in far more accurate diagnoses and effective treatments.  The current cost for that research is at the expense of those who need it most. 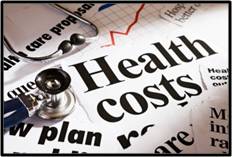 Big Pharma has come under increased scrutiny from insurance companies, consumer groups, and American lawmakers but none are powerful enough to stop the price escalation. U.S. Senator Bernie Sanders called attention to the fact that “a lifesaving product does no one any good if a patient cannot buy the medicine they need, and that is now happening far too often in the richest nation in the world.”

In the current health care market the world’s poorest patients—those who can’t afford treatment or spend their live savings to pay for it—are priced out of a market that prospers on their suffering for capital gain.  Many will take less than the prescribed dose to make it last longer or don’t fill the prescription at all.

Health insurance is high because it subsidizes the high cost of medicine. You can’t shop around for prescription drugs the way you shop for a TV. Despite public shaming of Big Pharma’s price gouging, little is done by Congress to curtail increases. They occasionally put pressure on drug makers, but it is not enough to prevent them from profiting at the expense of employer-funded health care.

The struggle for affordable medicine is on shaky political, legal and ethical ground; affecting both the wealthy and the underprivileged. Higher drug prices mean higher out-of-pocket costs; passed along as higher deductibles, premiums and taxes.   People will be unable to afford medicines they need, resulting in poorer health and rising costs.

Bringing a new drug to market in the U.S. takes about eight years and costs exceed $2.5 billion, higher than any other country in the world.  In order to reduce the burden on developers and consumers we must enable generic competition, allow meaningful price negotiation and create realistic guidelines to contain costs.  It’s a top-down and a bottom-up effort and it’s long overdue.