Each and every day starts with fresh mercy and new grace. Guilt and regret don’t have to enter the picture.

No matter how much chaos we have on any given day we get a do-over every morning. It isn’t always a clean slate, but it is the gift of another day with fresh perspectives and new mercies. 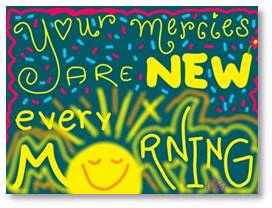 Last week I found myself stuck in the moment, unable to see a new point of view or give my mind a break. I’ve developed certain ways of looking at things and despite my best efforts I was unable to find my way around them. The voice in my head was not helping. It kept saying I was right.

When a crisis comes it forces me to stop what I am doing and focus in on the moment, where it’s easy to lose perspective. It happened last week when I was in Orlando, attending a three-day conference. I traded in 39 degree temperatures for the 90s and I was feelin’ fine.

Before the first day ended I received not one but three phone calls telling me my father had decided to move out of the assisted living community we had worked so hard to move him into. A call to my Dad confirmed this. He’d told everyone but me.

The Way Things are Supposed to Be

You execute what you believe is a well thought-out plan and suddenly it doesn’t play out as you hoped. Some would say that’s life and we need to make the best of it. But what if we don’t want to?  What if we believe we have chosen the right way and all other paths are wrong?  These were my thoughts; this is the way it’s supposed to be and we were sticking to it.

I was so focused on keeping Dad where he lived that I could not accept any alternatives. Dad could not understand why and insisted he knew what he was doing. 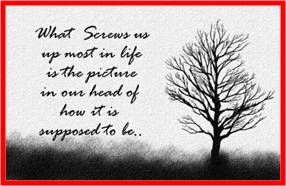 My Dad did not want to move to assisted living. There were a number of factors we wrestled with, including his misconception of what it was. He feared losing his independence along with a routine that was familiar and comfortable. I knew if he stayed something awful would happen and I’d blame myself.

In the end I won. He couldn’t take care of the house, but that admission didn’t make it easier for him to leave. After my mother died the house was his connection to their life together. Selling it and moving was an adjustment, but once made he enjoyed an easier life. We all breathed a sigh of relief.

New Mercies: Getting Rid of Yesterday

Sometimes we start a new day with yesterday still in our mind. We think about how things went wrong or not as we expected, and process it until it becomes impossible to focus on the present. My Dad missed his house. As time passed he focused on the one negative aspect he felt came with community living; the cost. It blurred the many wonderful additions to his life.

He went to see the new community and immediately decided he wanted to live there. In Dad’s mind it cost less, which meant it was better. In my mind, I wanted to keep him where he was.

Dad and I were in similar situations. He remembered the way things used to be, and it slowly reduced his happiness. I remembered how difficult the move was and I did not want to go through that again. Despite the positive outcome, it was painful for both of us.

When we carry the burdens from yesterday into today things snowball. Soon it’s a burden for every day that follows until it becomes impossible to be in the present. We lose our own perspective and fail to acknowledge others.

When I returned from my conference I wanted to drive to Maine and give Dad all the reasons he could not move. I was certain I could convince him but first I asked for support from the social worker and my siblings so I would not be a force of one. 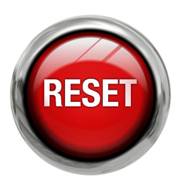 The social worker wanted to know what happened to make him want to move. My brother asked if there were other options we could propose. Clearer heads were prevailing. Dad’s desire to move was precipitated by a rent increase and the discovery – via the local paper – of a new facility with lower costs. He saw it as an investment. I saw it as a hardship. We had to reset our perspectives.

Instead of telling him he couldn’t move, I offered to come up and look at it with him. Maybe it is a better option. Above all I want my Dad to be happy. It wasn’t about making him do what I wanted but what we could do collaboratively to restore his sense of peace and well-being. I realized I am on his side, even if it means moving.

We discussed changes that would help him remain where he is, including a waiver of the rent increase. I said if he wanted to move we’d help him. Maybe we both needed to know he could. We agree we have options and Dad and I will weigh all of them before making a change.

Today’s mercies are for today’s challenges and yesterday’s belong to yesterday. When Dad and I talk tomorrow we’ll both start the day with fresh perspectives and new mercies.