“The time has come,” the walrus said, “to talk of many things: Of shoes and ships – and sealing wax – of cabbages and kings” ~ Lewis Carroll

We sit together in the living room, processing and replaying our conversation. We have been on this journey for a while and arrived in this place with sadness and the inevitable certainty that the time has come. 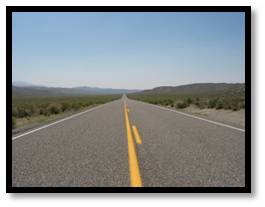 The elephant in the room—this thing we are struggling to acknowledge and accept—is the need to transition Dad into assisted living. It is painful and difficult and I wish we could talk about something else.The words assisted living sound cold and unfeeling and mark an end to life he has known and enjoyed. He is angry and unhappy. He is refusing to go.

At 94, he has been traveling this road for a very long time. His mind is as sharp as ever, but he is frail; weakened from a severe bout of flu that sapped his energy and strength. His clothes are too loose—he’s lost weight since he was with us at Christmas –and he tells me he’s “just not hungry.” When I cook for him he enjoys the meal, but he has no interest in preparing food for himself. Even the smallest excursions wear him out.  He spends a lot of time “resting.”

He says he’ll know when it’s time to move.  Maybe in the summer, to a state that has no income tax and milder winters.Sitting in his living room I tell him we can’t wait any longer, the time to move is now. It’s not what he wants to hear so he says he’ll think about it. I persist. I do not allow him to bargain or distract me and we arrive at the place we started. It is time.

Bumps in the Road

The house is filled with clutter, disorganized and dirty because he can no longer maintain it. He spends time moving objects from one location to another, unable to part with them and unsure about where they should go. Something spilled in the refrigerator and was never cleaned. The weather has prevented his weekly trips to the dump, and the garage bears witness to the evidence. 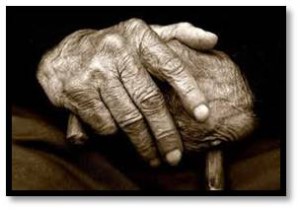 I understand his resistance. He fought in two wars, raised a family, invested wisely and has never depended on anyone but himself. Now his adult daughter is telling him what to do with his home, his possessions and his life.

I am right, but being right does not make this easy. The idea of moving feels insurmountable to both of us.  He insists he is fine where he is but that is pride and stubbornness talking.  I suddenly realize how much alike we are. I attempt to inventory the house, identifying what he should take to downsize his life into an apartment. He refuses to help me, insisting he is not moving.

This decision has been a long time coming. There have been 911 emergencies; illnesses and hospitalizations, a fall, severe weather, and a house that demands more than he can give. I live three hours away, the closest family he has. I visit every month but it is no longer enough. Friends and neighbors lend a hand, but it’s not a long-term solution. I make a silent promise to move myself before my family has to be involved.

There is a sense of urgency, counterbalanced by the need for him to be a part of this decision. I do not want to be the arbiter.  I need him to want to do this … to agree with me. At first I think he won’t, and then I realize he can’t. The Big Move represents the end of the majority of my Dad’s life and it is painful for him. He pretends and he hopes I will pretend too. He is unwilling to see the benefits and wishes things could stay the same. So do I.

Moving a parent to assisted living is one of the most difficult decisions a family makes. The responsibility of this decision is 10 times heavier because my family is not involved. I am doing this alone. I have siblings, but they have chosen not to be part of this process. “Maybe they think I’m already dead,” he says to my husband.  I start to cry. This kind of change causes resentments, disagreements and rifts in a family – and ours is no exception. I wonder what will happen when Dad is no longer here.

An ending can also be a beginning. This is where my hope lies. I have chosen a vibrant community that offers Independent living with continuing-care and skilled nursing. It is a mile from where he lives now, on a quiet street in the historic district of town. Here quality of life is just as important as quality of care. I would live here. 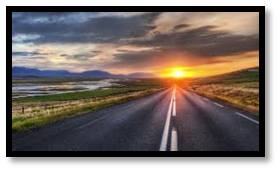 Life will be different for him and for me. For him it will get easier—the responsibilities he has shouldered can be shifted. It’s time to let go of them and allow others provide a peaceful, stress-free environment for the remainder of his days. The same is true for me. The responsibilities I have carried can also be removed. We will both have the reassurance he is safe, with immediate assistance when needed.

He tells me again he doesn’t want to move. I tell him we have come to the end of the road.

5 thoughts on “The Long Road to Assisted Living”