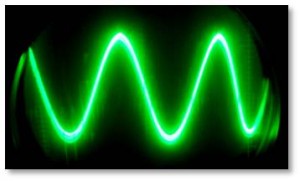 Business trends go in cycles, like sine waves, with each shiny “new” idea actually evolving from an old idea that’s been cleaned up, painted and polished. It’s amusing to see a new generation trying to solve the same problems in the same old way but thinking that it’s their brilliant idea because they don’t know history. For example, centralized structures become decentralized and then come together again. In the business world it’s as predictable as winter following summer.

This time the management trend coming back into vogue after years of being derided and dismissed is middle management. From Dilbert’s pointy-haired boss to The Office’s Michael Scott, middle managers have long been the subject of jokes. Now The Wall Street Journal’s Rachel Feintzeig reports in “Radical New Idea: Middle Managers” that growing businesses are “reinventing management.” What a concept!

Young Turks in Silicon Valley startups, famous for thinking that they have better ideas than anyone else and who have been too busy recreating the world to learn much from history, years ago introduced the idea that a “flat organization” improved on the traditional management structure. Having little experience with management, they couldn’t see that middle managers added any value so they chucked them out in favor of smart young people working amicably together in open offices.

People Are Not Robots

A lot of companies were happy to jump on this bandwagon for three reasons:

Well, it might actually be more efficient if people were robots programmed to do specific tasks and have predictable responses. But human beings are messy, emotional, unpredictable, and subject to irrational ideas. Also, as I wrote in “Leader or Follower?” not everyone was born to be a leader or wants to become one. Lots of hip young people just want to come in and do a good job. 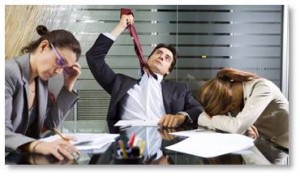 What they don’t want to do is:

These are all things that managers do. They are important things that actually keep a company running smoothly and efficiently. That’s why middle managers with training and experience get paid for doing them. The bigger the company, the more middle managers are needed to make those critical decisions, deal with human resource issues, figure out future directions, set priorities, hire new people, deal with conflicts, create budgets, etc. The buck has to stop somewhere or chaos ensues. Without management direction, progress and growth can grind to a halt.

I worked in middle management for  a lot of years. Some of those years were in big companies where I spent pretty much all my time on management tasks. On most days, I did the work of a coach, a financial analyst, a psychologist, a creative director, an editor, a negotiator, a decider-in-chief, and sometimes even a mom. Anyone who doesn’t understand what a middle manager contributes to a company has never sat in that chair or thought about what would happen if the manager’s office was empty. 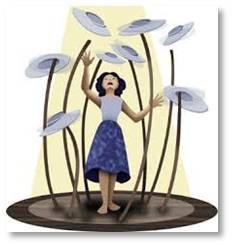 Some of those years were spent in very small start ups where I rolled up my sleeves and did the work of an entire department—from individual contributor tasks to director-level decision making. In those firms I spent more time on writing, editing, and managing vendors and agencies than on pure management functions. But someone still had to create a budget, write a plan, put together programs, develop event strategies, and perform other management tasks. I kept a lot of plates spinning and tried not to let any of them drop.

Regardless of company size, I found that someone had to take charge, whether of a project, an event, or a department.  Someone needed to make decisions. Someone needed to step up and say that something could be done better, more efficiently, or more cheaply. Someone had to cut through the confusion and find the right approach. That’s how work gets done. That’s what middle managers do.

So I’m glad to see that this particular trend might be on the rise again. I can only hope that the next trend to swing back is from offshoring to local manufacturing. Perhaps the current economic chaos in China will persuade some manufacturers of the benefits of stability just as some companies are learning the benefits of middle management. One can hope.