Coronaviruses are common throughout the world; they are not new and there seven varieties that affect humans. In late December, a previously unidentified strain began gaining momentum in China. This new strain of coronavirus, called 2019-nCoV, originated in the Wuhan province, home to over 12 million people. 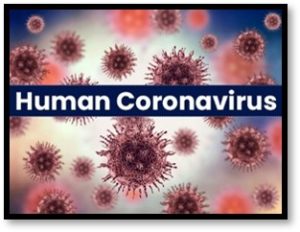 Current numbers put the total of identified cases in China at 37,000 with 813 deaths. There are 11 confirmed cases in the United States but the CDC says it is not spreading.

As a frequent flyer with an upcoming trip to Spain (reporting two cases), I want to know everything about this virus and related health risks. There is a lot of information about the illness itself, how it spreads, and what—if any—precautions are possible. Be informed!

According to the Centers for Disease Control and Prevention, human coronavirus, named for the crown-like spikes on their surfaces, is a family of viruses that causes illness ranging from the common cold to more severe diseases. Since 2003, the world has faced three major outbreaks. The first two are Middle East Respiratory Syndrome (MERS-CoV) and Severe Acute Respiratory Syndrome (SARS-CoV), and the newest, 2019-nCov.

Almost everyone gets a coronavirus infection at least once, usually as a young child. In the United States, coronaviruses are more common in fall and winter, but anyone can come down with the infection at any time.

Coronaviruses are zoonotic and zoonosis is the ability of pathogens, including bacteria and viruses, to enter the human population from an animal host. Civet cats transmitted the SARS-CoV to humans and MERS-CoV went from dromedary camels to humans.

The newest strain is Novel (or new) Coronavirus, codenamed by the World Health Organization as 2019-nCoV, is thought to have originated in the city of Wuhan in China. Like MERS and SARS, it is believed to originate in bats.

So how did the virus make the jump from animals into humans?

Corona viruses were discovered in the 1960s. The earliest ones were an infectious bronchitis virus in chickens that later appeared in the nasal cavities of human patients with the common cold, subsequently named human coronavirus. The 2019-nCoV has two distinct, but animal related, theories as likely sources of the current outbreak. 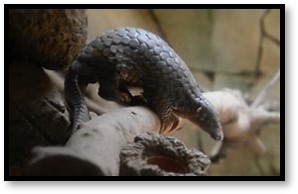 One theory centers on the pangolin, an endangered animal that looks like a cross between an anteater and an armadillo. It is the world’s most trafficked mammal with nearly one million poached from the wild in the last decade. Researchers claim a coronavirus previously identified in pangolins bears a resemblance to the coronavirus seen in humans.

Believing it possess magical powers, traditional Chinese medicine uses powder made from pangolin scales throughout China and Vietnam. Doctors prescribe it for everything from rheumatism to cancer. Last November, Chinese customs seized thirteen tons of scales from an estimated slaughter of tens of thousands of pangolins. 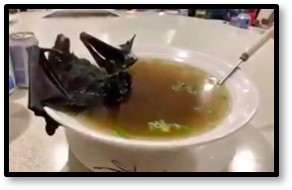 Another theory claims the outbreak may have originated in a “wet market” in Wuhan China selling live fish, meat and wild animals. Protein codes from corona viruses found in these animals aligned with those found in snakes. These researchers suspect 2019-nCoV originally stemmed from bats, which are eaten by snakes, then sold at the market. Bat soup is a popular dish in China.

It is unclear how 2019-nCoV could thrive in both animals and humans, suggesting it may have mutated.

Outside a cell, viruses don’t do anything. They have no metabolism, no motion, and no ability to reproduce. Scientists debate whether viruses outside a host meet the standard for being a living organism. To reproduce, a virus has to enter the cell of a living host and hijack that cell’s mechanism to make more of the virus.

Common coronaviruses cause an infection in your nose, sinuses, or upper throat. They produce the same symptoms as a cold and most are not dangerous.

Chinese health officials report tens of thousands of infections with 2019-nCoV. The virus is spreading from person-to-person, most of them associated with travel from Wuhan.

The risk from these outbreaks depends on characteristics of the virus, including how it spreads between people, the severity of resulting illness, and the medical or other measures available to control the impact of the virus. Some people have an increased risk of infection, for example healthcare workers and those in close contact with infected patients.

The WHO says the potential public health threat posed by 2019-nCoV is high but the general U.S. population has low exposure, making the immediate health risk low.

There are no vaccines available (one is in development) and there is no specific antiviral treatment for the infection. Patients usually get better on their own, with the aid of over-the-counter medications, rest and hydration.

The CDC warns that people can die from coronavirus if they develop complications like respiratory failure or hypoxia, leading to pneumonia and myocarditis.

People who are immunocompromised, the very young and the elderly, have the greatest risk of serious complications.

The Risk of Infection

Most coronaviruses spread the same as other cold-causing viruses, through infected people coughing and sneezing. It is also spread by touching an infected person’s hands and face, as well as surfaces infected people have touched, like handles and switches. 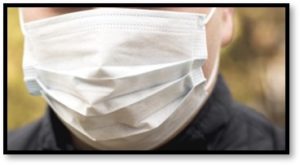 In a population of 7+ billion people, the chance of developing symptoms from this virus is ~1 in millions and for death ~1 in hundreds of millions. However, risk dramatically increases with advancing age and in malnourished populations where sanitation, vitamin deficiencies and health care are poor.

Even in Hong Kong, during the 2003-2004 SARS coronavirus outbreak, only 3.4% of patients died and all were over age 65. Age and available care are more of a mortality factor than the infection itself. 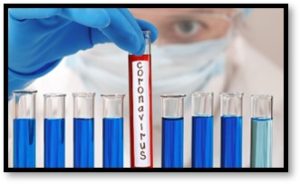 Major airports have started screening travelers, asking people to fill out a short questionnaire about their travel, any symptoms they might have, and their contact information. CDC staff will then take the temperature of each traveler using a thermometer that doesn’t touch the skin, observing signs of illness like a cough or difficulty breathing.

As of February 9, the coronavirus has killed over 800 people and infected more than 37,000. The outbreak should not be taken lightly or without precaution. Handwashing remains one of the most effective deterrents to spreading germs.

FLU Comparison from the CDC

Inside the U.S., about 19 million people have been diagnosed with the flu and 10,000 have died. To provide statistical perspective, the CDC estimates for the current strain of flu virus from October 1, 2019, through February 1, 2020 include:

If you have not gotten a flu shot, do yourself and others a favor—get one. By taking care of ourselves, we help take care of others.