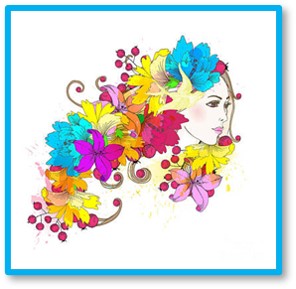 It’s hard to look away from what is happening in Ukraine. It weighs heavily on my mind as we transition from winter into spring in the madness of March 2022.

There is so much history here. Politics aside (I know, it’s hard) when it comes to understanding the why of what is happening, this article offers a look at how the past affects current events.

What is now Ukraine, Russia and Belarus was founded by the Viking Oleg on the banks of the Dnieper River 1,200 years ago. Known as Kievan Rus, it was a feudal superpower that included a huge chunk of Eastern Europe.

But today Russians and Ukrainians are separated by language, history and politics. Ukraine is the second largest country in Europe, after Russia. The country gained its independence in 1991 after the dissolution of the Soviet Union.

With a population of 43 million and strong agricultural and industrial production, Ukraine was considered indispensable to the EAEC after Russia, its one-time largest economic partner

Ukraine’s leadership was aligned with Russia, but the economy tanked after severing ties with them and today their top trading partner is China. Russian leaders regret the breakup and want to get back together—at any cost. Ukraine says they are never ever getting back together, and here we are.

Other things on my mind this March 2022 include:

Most of us with credit cards have one with rewards options but do we ever think about how those work?  This is an eye-opening article on who pays for your perks.

Anthony Bourdain is renowned for his unique approach to food, culture and globetrotting. On the surface his appeared to be a charmed life, but he had a tortured soul that eventually led him to take his own life. Road Runner is the behind-the-scenes documentary that tells the story of a man nobody knew who became somebody everyone knew.

Tom Turich spent five years exploring the world on foot. He traveled 25,000 miles, wore out 45 pairs of sneakers and returned to his home in New Jersey this week. #goals

Ad finally, if you suffer from insomnia this article about 4-7-8 breathing might be for you.

In The Kitchen with Suze: The Air Fryer Chronicles 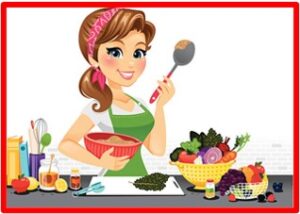 I wanted an air fryer, then I didn’t want an air fryer. For two years I had this conversation with myself. A few months ago in a local thrift store I found a brand-new one (unopened box) for $35.00. Suddenly, I had an air fryer.

To be fair, I did not get to choose the brand, but this one retails for around $160.00 on Amazon and I knew I was getting a deal. It has so many bells and whistles I was determined to make the most of it.

In keeping with my unbreakable policy that states when one new thing enters the house two things depart, I said good-bye to the deep fryer and a lobster pot.

Learning To Use It

The internet (especially Tik Tok) abounds with recipes and each one I’ve tried is delicious! First up—air fryer wings. So good—none left!  Next up—air fryer donuts. I was a huge skeptic but my sister assured me this canned-biscuit riff on a cake donut works – and it does! 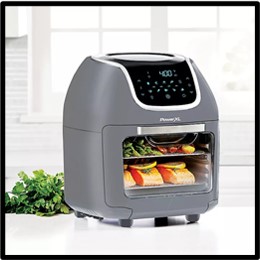 Still skeptical, I upped my game for some meatloaf. I made two small loaves, one enjoyed for dinner and the other for sandwiches during the week. Another success. Finally, I used the rotisserie for this pork tenderloin. Fifteen minutes later we had a delicious dinner.

We are a family of two, and the practical aspects of this gadget really work for us. Each air fryer has its own quirks, so when using a recipe for the first time I cook it a bit under the recommended number of minutes. Over-cooking happens quickly and it never hurts to watch a few tutorials.

I’m still experimenting but so far, I love it.

While visiting my sister I discovered her neighborhood embraces the tiny free-library boxes. Her street boasts cute little houses with free books and—no shame in my game—I took several!

The Lost Girls of Paris by Pam Jenoff takes place just before and after the end of WW2. Grace, Eleanor and Marie, are the three women in this historical fiction novel, told in alternating chapter format so each one tells her story.

It begins when Grace finds a small suitcase in the middle of Grand Central Station belonging to a woman killed in a hit and run accident just outside the station. Upon opening it, she finds a dozen photographs of young women and decides to find out who they are and what happened to them.

Eleanor trained female operatives to go undercover in order to transmit detailed information about German troop movement and Marie is one of the women Eleanor trained.

It’s somewhat predictable and received very mixed reviews but I enjoyed the story!

I exhausted my watch list for Amazon Prime and Netflix until I discovered some older offerings. I love a good mystery and these deliver good plots with dry humor. Rose and Maloney, a British television crime drama series (2002 -05) and  Motive (2013-16) are both on Prime. Motive’s unique opening identifies the killer and the victim, working backwards to unravel the story.

Florida weather means I drive my vintage Saturn Skye year-round. Built in 2007, it has neither cell phone nor USB connectors but it boasts a CD player! I periodically rotate the stash of CDs in the glove box and discovered some classic (read old) duets for my oldies jam walk down memory lane.

Gene Pitney and Marc Almond joined forces on this 1967 oldie Somethings Gotten Hold of My Heart. Also on the disc—Stevie Wonder with a long-forgotten boy band called Blue for Signed, Seale Delivered still makes me tap my feet. We can all take a page from Annie Lennox and Al Greene’s duet playbook and Put a Little Love in Your Heart.

And that’s the way it is…