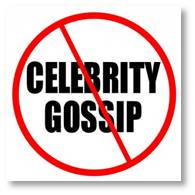 Full confession: I could not care less about the ridiculous antics celebrities get up to so they can garner even more attention than the public is already giving them. I do not know these people and I am unlikely to ever be within 20 feet of them. Chances are that, even if I did meet them, I would not like them.  Mostly that’s because I don’t suffer fools gladly and never have. Some of the celebrities are fools and some are just acting foolish in a calculated attempt to gain publicity.

Others are famous for being famous and have no talent to speak of that justifies public fascination (This is the Kardashian Rule, also known as the Paris Hilton Rule). Others are manufactured celebrities who pop up like mushrooms following a rain of carefully calculated articles, videos, commercials, and interviews. (This is the Rula Lenska Rule.)  I also don’t like being manipulated and I’m more than aware of the amount of manipulation that goes into these publicity campaigns. Sometimes—and this is happening more often lately—I don’t even know who these people are.

Regardless, I may roll my eyes at their actions when they appear on what currently passes for TV news or on my Facebook news feed but I have little to no interest in watching videos or reading articles about their silliness. Outrage is out of the question. Thus, I simply don’t care about celebrity issues past and present including, but not limited to:

Got the picture?  Now, I’m not saying that people need to be serious all the time. Everyone needs a break from the world’s real concerns: Ebola, elections, beheadings, bombings, massacres, government shutdowns, shootings, murders, filibusters, etc. A steady diet of that with no laughter in one’s life is a recipe for depression. Still, celebrity highjinks simply don’t warrant outrage or obsession. They are just rich and famous people behaving (1) badly, (2) deliberately, (3) stupidly, or (4) just like the rest of us except they’re famous.

Rape and Abuse Are Not Highjinks

The serious allegations are different, though.  If we give celebrities a pass on allegations of rape, abuse, hate speech, or child molestation, we’re giving them a break that we would grant to no one else in the same circumstances. This is nothing new—celebrities have been involved in serious crimes since Fatty Arbuckle was tried for the rape and manslaughter of Virginia Rappe in 1922. 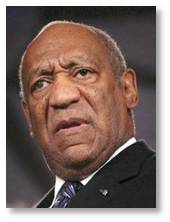 The latest such scandal, however, is both shocking and saddening. By now you would have to be living in Antarctica to not know that Bill Cosby has been charged with rape by multiple women.  For most of us, this fits into the category of “Say it ain’t so, Joe.”  We grew up with Bill Cosby and think of him as either tennis coach/spy Alexander Scott on I Spy or as obstetrician and pater familias Cliff Huxtable on The Cosby Show.  How could such a charming and engaging man—a man who likes pudding—be guilty of such deliberate crimes?

Well, we ought to know by know that public figures are often different in their private lives. We pay no attention to the man/woman behind the curtain until his/her behavior becomes so egregious it pulls the curtain back. Then we’re forced to see reality even if we don’t want to. Worse, we have to decide what we’re going to do about it—even if that something is a small action that makes more of a point than a difference.

When the world works as it should, actions have consequences. Director Roman Polanski had the sympathy of the entire country when his wife, Sharon Tate, was murdered by the Manson gang in 1969. Eight years later he fled the United States hours before being sentenced for having forced sexual relations with a minor. Even so, Whoopi Goldberg was prepared to give Roman Polanski a pass because it “wasn’t rape-rape.” As though drugging and having repeated intercourse with a weeping, pleading 13-year-old girl isn’t really rape. That’s an eighth grader, people.

Jerry Lee Lewis’s career tanked after it was revealed he had married his 14-year-old cousin. Mel Gibson is pretty much persona non grata in Hollywood and is unlikely to be making mainstream movies anytime soon. Chris Brown’s career seems to have recovered pretty well, though. We’ll see if it lasts.

There may not be any action I can take, either real or symbolic, that will affect Bill Cosby. But the number of women who have come forward with their stories carries weight. I pay attention to this one because rape isn’t highjinks and it’s important that actions have consequences, even if the rapist is America’s Favorite Dad.