I’m losing track. I think I need a score card. The list of men accused and/or convicted of sexual assault, harassment, pedophilia, adultery, and rape seems to grow by the day. Other malignant behaviors go along with the crime.

The PTSD of Sexual Assault 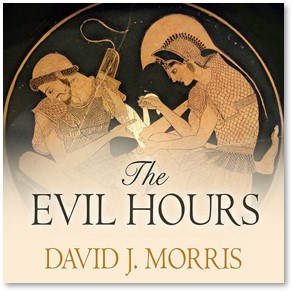 Reporter Rebecca Solnit wrote a great article in The Guardian called “The Brett Kavanaugh case shows we still blame women for the sins of men.”  It’s a terrific piece and well worth reading, especially by men who think that women just make up lies about sexual assault.

In her article, Ms.Solnit quotes David J Morris, former Marine and author of “The Evil Hours,” a book on PTSD, trauma and memory. Mr. Morris states, “Most men have no idea how truly traumatic sexual assault is.” He adds,

“The science on the subject is pretty clear: according to the New England Journal of Medicine, rape is about four times more likely to result in diagnosable PTSD than combat. Think about that for a moment – being raped is four times more psychologically disturbing than going off to a war and being shot at and blown up.”

As we know, men who have suffered from PTSD don’t like to talk about the trauma. Men who fight in wars often refuse to relate what they have seen and what they have done. They lock it up inside for years, even the rest of their lives.

Yet we expect women to talk about their own PTSD traumas and to report them even though history, from ancient to recent, tells us that women are the ones who will be blamed, shamed, and marginalized or ruined.

#MeToo but Who Was He?

Yet some find the courage to do so, even if it’s long past the statute of limitations. Top Chef co-host Padma Lakshmi reports in the New York Times that she was raped at 16 by a 23-year-old man and didn’t report it. She says that she suddenly became very tired while on a date and lay down to sleep. The pain of the rape woke her up. It’s entirely possible that this man drugged her, just like Bill Cosby did with his victims, so he could commit statutory rape. 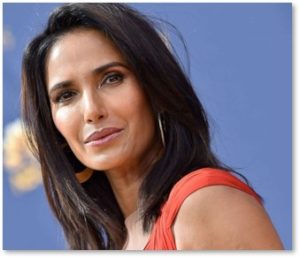 Like most of the women who have come forward since the #MeToo revelations began, however, Ms. Lakshmi doesn’t reveal the name of this criminal. By not telling the world who they are, the victims are still protecting the men who raped them. They are also allowing these men to continue their depredations unchecked.

At least when the man is a public figure, such as a member of Congress or a candidate for office, we get to know who he is and what he did.

I’m not criticizing Ms. Lakshmi or any other victims because I know how difficult coming forward has been. I do wonder, though, why they are so reluctant to attach guilt to the man who violated them. Is it because they fear retribution years later? Do they fear being hit with a lawsuit? Or are they in denial and reluctant to admit that they were not the only one? Because the shame and the humiliation must be far, far worse if you discover that you were just one in a string of women he did this to. Women who also kept his identity secret so he could prey on you. 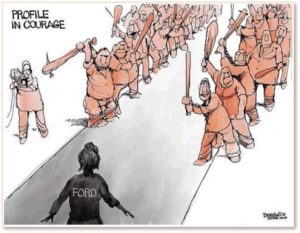 By keeping secret the men’s identities, they are allowing them to continue their criminal behavior unchecked. I shudder to think of all the men out there who have gone their merry way, damaging more girls, ruining more lives, because only the victims know who they are. But the women still aren’t talking.

On the other hand, rapists rarely commit just one crime and stop. So, you just might find other women who will stand up with you and say, “He did it to me, too.” Other women who have also kept silent and protected his name. Other women who have allowed this man to commit crimes with impunity. The rapist might even, like Bill Cosby, finally go to prison for his crimes.

If we need a sexual assault score card, the men’s names should be on it, not just the victim’s.

Lancing the Wound of Sexual Assault

You have to lance a wound and drain the infection before it can heal. I sincerely hope that we are in the process of lancing the wound of pervasive and persistent sexual assault. Every time we pass a milestone that allows us to think women are equal citizens, another offense emerges. Let us, finally, drain this wound to women’s psyches and get to where we can live our lives instead of being constantly on the defense.