Biscuits. Ummm. Warm and soft from the oven. Bursting with steam when you cut them open. Best with butter and honey and a cup of tea, but not bad with jam or jelly, either.

Yummy biscuits, so delicious and so hard to find in New England. 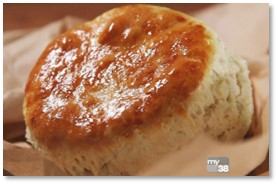 I try to avoid carbs but I make an exception for biscuits. You can get them anywhere south of the Mason-Dixon Line, from fancy restaurants to diners to gas stations. They are, however, practically invisible up north. Brunch and breakfast menus offer different kinds of muffins, toast, English muffins and the ubiquitous bagels. No biscuits.

I don’t understand why this is so. Biscuits aren’t that difficult to make; I just don’t have enough time to bake before breakfast. That’s why I enjoy them so much when we go out. But I am usually doomed to disappointment.

To the English, of course, a biscuit means what Americans call a cookie. (Edible, not online). In her latest book, “Still Me,” JoJo Moyes has her protagonist, Louisa Clark, describe an American biscuit as a “soft scone.”

Serious Business on the Southern Table

Biscuits are much more than that, though. They are a cultural phenomenon. In the South, making biscuits is serious business. Women take pride in producing light, fluffy biscuits, seemingly at the drop of a flowered hat. Many use their old family recipes, handed down for generations and carefully guarded. A Southern cook who can’t do make good biscuits, just can’t hold her head up at the church picnic or the potluck dinner. 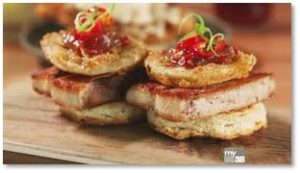 Up here, we mostly ignore these wonderful pillows of goodness. A bagel certainly has its place. (I mean the New York variety, boiled before baked, with a shiny, crispy crust that you won’t find in the freezer section of the supermarket.) They hold up wonderfully when piled with everything from lox and cream cheese, to roast beef and onions. When I want a bagel—which is not often given a carbohydrate load equal to three or four slices of bread—I can find any number of places to go.

The same does not hold true for biscuits, but why? Regional cuisine usually derives from food that are native to the area: clams in New England, crabs in Maryland, shrimp in Louisiana, and salmon in Alaska. We do have flour, milk, salt and fat in the northeast, though. Whether you prefer lard or butter or (gasp) Crisco, New England has no shortage of fat for baking. It’s not like we prefer our biscuits hard enough to chip a tooth or throw down when the puck drops, although local recipes skew in that direction. 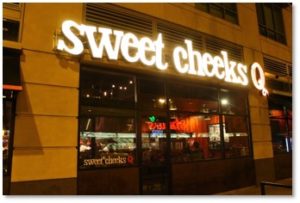 Yelp recently published on article on places to find biscuits in the Boston area. They came up with five:

You’ll notice that the menus lean toward southern cooking. Charleston, Savannah, or New Orleans would hang their heads in shame if they could come up with only five restaurants that served biscuits. They probably have five in one city block. Then there’s Chik-Fil-A, which is spreading throughout the northeast. But I won’t eat there because of political differences. No one up here knows what a ham biscuit is.

That means I’m on my own. I have been making my mom’s recipe for baking powder biscuits for years and they are good but I want to branch out into something softer and tastier. King Arthur Flour offers 12  recipes for biscuits, and I can work my way through those. New England Today also offers several biscuit recipes, including the unlikely biscuit doughnut. I imagine that’s like a cronut, but heavier. I think I’ll pass on that one.

Southern readers might bridle at the thought of a Yankee biscuit recipe. Actually, I don’t blame them. This is your specialty, not ours. I probably wouldn’t give much credence to a South Carolina recipe for clam chowder. 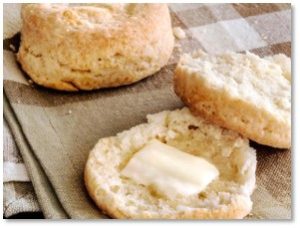 To find something more authentic, I turned to Paula Deen, the Queen of Southern Cuisine. Her recipe for old-fashioned southern biscuits doesn’t even call for heavy cream. I can work with that. For a melding of north and south, we have Emeril Lagassé’s recipe for buttermilk biscuits. Emeril is from Fall River, MA, right near where I grew up but now he lives and owns restaurants in New Orleans.

But if you do have a treasured recipe for biscuits, please send it along. I would love to have an old-fashioned southern recipe to work from, one that might produce something softer than a baking powder biscuit—or a hockey puck.

The only problem is that someone has to eat all these biscuits after they come out of the oven—and it ain’t gonna be me.