Yesterday’s post about buying food on the Lower East Side reminded me of the ways in which our attitudes about food have changed over time. I remember when food was good for you. When I was a kid, food was considered to be an excellent thing because it nourished you, helped you to grow big and strong and tasted good, too. My mother was an excellent cook, so that helped with the taste part but, really, no one ever questioned whether food was good for you—even things that we now think of a junk food.

When Food Was Good for You

My father loved steak so we ate it as often as Mom’s food budget and the supermarket specials would allow. If food was rich, that was OK because it meant it was more nourishing. French Canadian cooking has two main ingredients—onions and pork—but my mother fought a steady battle for the health of my father’s heart, refusing to cook traditional foods heavy in pork fat. Instead, she watched Julia Child on PBS and wrote down the recipes. 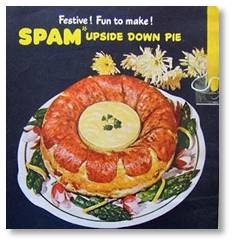 Commercially, though, we were fed a lot of misinformation through advertising: 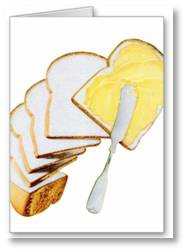 To be fair, processed food was a relatively new thing back then and many new products seemed full of exciting possibilities. Companies and homemakers’ magazines alike rushed to create recipes with them, some of which ranged from unbelievable to positively revolting. Canned tomato juice was a new invention that restaurants served as an elegant appetizer along with a lemon wedge. Chinese food—always mild Cantonese—was considered exotic and no one had ever heard of fish sauce Sushi was unknown. Italian food came in a Chef Boy-ar-dee can.  All bread was white bread.

But no one asked if these foods contained carcinogens, too much sugar and salt, sodium nitrite, transfats, saturated fats, or artificial colors and flavors. In fact, the government pushed transfats as a healthy alternative to butter and lard. No one considered wheat to be a trick of the devil. Milk and other dairy products were essential to children’s health and the milkman delivered it in bottles right to your door. Bread was the staff of life. We ate it all without a second thought.

Of course, one could argue that food was healthier then because some of today’s bugaboos such as GMO foods did not exist in the 50s and 60s. High-fructose corn syrup went into general use in the 1980s. Aspartame was approved for consumption in 1981—and that’s a twisted story in itself. The first genetically modified product hit supermarkets in 1984.

Now food is generally considered dangerous and bad for you.  It’s hard to know what to eat. Different groups embrace different diets and eliminate whole food groups as being toxic. 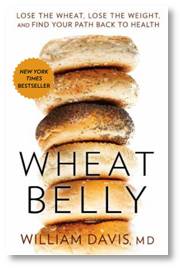 The No Wheat People, who have read Wheat Belly or Grain Brain, eschew any food that includes wheat or wheat products.

The Gluten-free People, many of whom suffer from Celiac Sprue, form a subset of this group. But gluten-free foods are also becoming trendy among people who don’t have Celiac Disease or any physical reaction to gluten.

The No Dairy People equate milk with pus (as though any mammal has ever raised its young on pus) and have banished all milks, cheeses, and other bovine-based foods from their tables. Instead they pour soy milk, coconut milk, and almond milk on their morning cereal despite the fact that these are not milks at all, just fruit, vegetable and nut juices.

Vegetarians, of course, have long turned up their noses at meat, chicken and fish.

The Religion of Food

Some of these diets form a kind of new religion with their adherents proclaiming the virtues of what they eat or, more importantly, what they don’t ingest. How does one decide what’s good and what’s bad? If you eliminated every food from all of the above diets, you would be living on twigs, grass and cardboard.

I take into account the biological fact that human beings are omnivores, designed to consume both meat and plants. We need protein to live. Vegetarians replace meat with a lot of soy products but that doesn’t work for me because soy interferes with the absorption of thyroid medication, which I take every day. Also, soy is highly processed and often filled with fat and salt—so how is that better?

I have two problems with all of these diets.

So what to do? Well, I have my own diet—the anti-inflammatory diet—which I use to control the osteoarthritis I inherited from my mother. (See Fighting Arthritis with Food, Not Drugs)

Any supermarket manager following me around the store as I shop would tear his/her hair out. I often take jars and cans off the shelf, read the ingredients, and put them back again. That means I shop mostly around the edges of the supermarket, looking for fresh, natural ingredients. We have switched from ordinary ground beef to grass-fed beef—but I’m only feeding the two of us so we can afford to do that. I don’t buy or drink soda. I get organic milk — not raw milk — from antibiotic-free farms.

It’s a compromise and one that many of us make every day. But when I worry that people have begun over-thinking their food, I just look in the cart behind mine at the supermarket check-out. What I see there usually tells me that most people don’t think about what they eat — or what they’re feeding their children — at all.