Ya gotta love irony. As I wrote in July of last year, the corporate supporters of “free markets” want them to be free only when its suits their purposes. If not, they ’want the federal government to mandate an unfree market by intruding on states’ rights, free markets, and individual choice with federal regulations. Go figure. 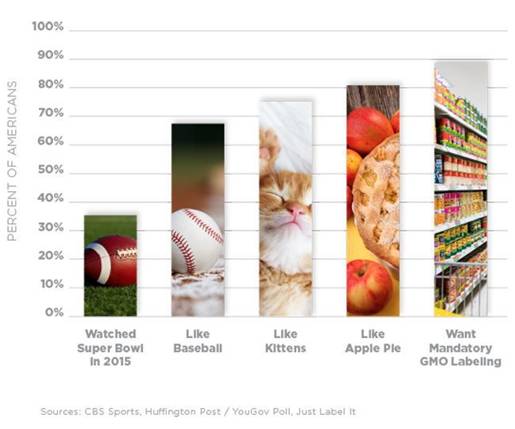 This would seem to indicate that states are embracing their power to determine what happens within their borders. In the interests of a free market, it would seem obvious that consumers will then be free to choose whether the food they consume contains genetically modified organisms. If they don’t want GMO foods, they won’t buy them. If they don’t mind or don’t care, they will. Sounds simple. It seems logical that advocates of a free market would be okay with that.

The problem is that about 90 percent of corn, soybeans, canola, and sugar beets grown in America are genetically modified, usually to make them hardier, use less water, withstand herbicides or resist pests. Thus a coalition of American agriculture companies and interests don’t want GMO food labeled. They’re afraid that if consumers actually know what they’re eating they won’t like it and they’ll turn to alternatives, so-called “natural” foods. We can’t have that because agribusiness has a much better idea of what’s good for us than we do. And what’s good for us, of course, is what creates the highest profits for them.

They reacted by claiming that having to comply with a plethora of conflicting state laws will be confusing, difficult and expensive. Their solution: a federal law that, according to Kansas Representative Mike Pompeo, “works to vacate state GMO labeling laws that could ultimately create confusing standards for GMO labeling across the US.” Rather than fighting the battle state by state, they want the federal government to fight for them. After all, it’s so much easier and cheaper to lobby one federal government than 50 separate state governments. 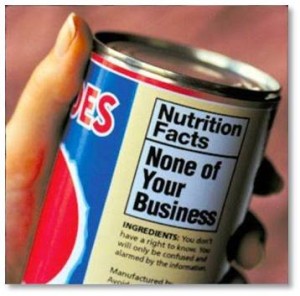 Employing an Orwellian doublespeak, the Congresspeople who support (or are supported by) agribusiness created the “Safe and Accurate Food Labeling Act,” a bill that would open the door to labeling that is neither safe nor accurate because it is—wait for it—voluntary.

That’s right. They would block state laws mandating labels on GMO foods and replace them with (gasp) a federal law that allows the U.S. Department of Agriculture to make the decision. Under this law, a label would be required only if a the government finds a “material difference between food from genetically engineered plants and comparable foods.”  Thus, they decide what’s “natural.”

Although the Safe and Accurate Food Labeling Act (I can’t write that with a straight face) passed the U.S. House of Representatives it was blocked in the Senate. Guess which party voted for a truly free market and which voted to keep the states impotent in the best interests of agribusiness. Hint: Senator Pat Roberts (R-KS) declared that GMO labeling had “nothing to do with health, safety, or nutrition.”  Oh, really.

That leaves manufacturers in the position of having to prepare for GMO labeling in Vermont this summer. Because changing labels is a time-consuming process, they can’t wait until June to get ready so they are reviewing options right now. They seem to be taking one of two options: 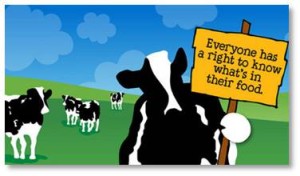 Hooray for that. I would argue that we’re all better off without canola oil (Omega 6), soy lecithin (inflammation) and high fructose corn syrup (obesity and diabetes) in anything we eat. That makes Vermont’s law a win-win-win for consumers.